The American Toy Fox Terrier is a small dog with a decorative appearance and a strong terrier character. Once these babies were used to catch rats, mice, and other pests, today they are taken as companions, but they have not lost interest in hunting. Miniature Toy Fox Terriers are agile, alert, bold, playful, and friendly. 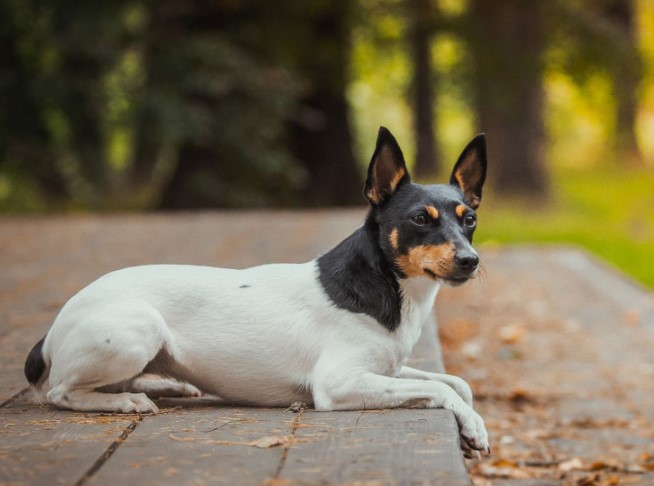 The ancestors of the American Toy Fox Terrier are Smooth-Haired Fox Terriers, which were already actively used in hunting by the British in the 16th century. Often, among the standard individuals, there were smaller ones. They were also interesting to breeders because they were more agile and energetic, and thanks to these qualities they did an excellent job of exterminating rodents.

In 1912, the United Kennel Club began registering Shorthaired Fox Terriers, small dogs were registered with large ones under the same name. In the mid-1920s, Toy breeders applied to the UKC to make them a separate breed. To consolidate the miniature size, the dogs began to receive blood from other miniature breeds: Dwarf Pinschers, Chihuahuas, Manchester Terriers, and Italian Greyhounds. The request was granted in 1936. Miniature dogs were registered under the name Toy Fox Terrier. Since 1960, any interbreeding has been prohibited. Another name for the breed is the American Toy Fox Terrier or Amertoy. 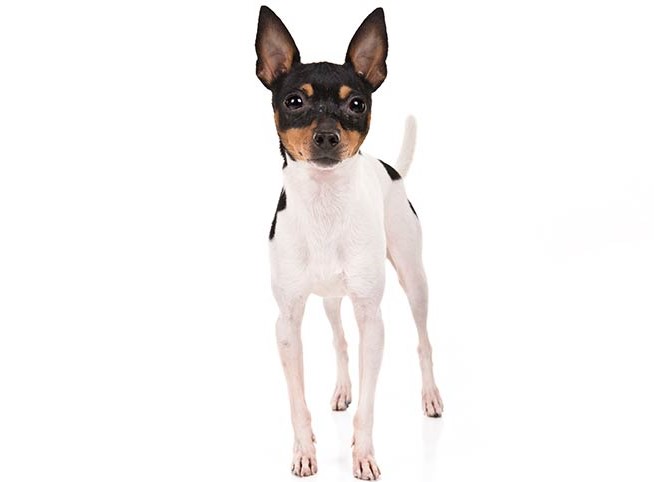 The Toy Fox Terrier is a small, well-built, athletic dog with strong bones. With all her appearance, she demonstrates grace and agility, tirelessness, and strength. The physique is flexible, muscular with flowing outlines. During movement, lightness and endless endurance are noticeable. The overall balance is important. The preferred height is 23-28 cm.; weight – 1.5-3 kg.

The head is well balanced, the skull is rounded, the muzzle is wedge-shaped. The stop is well pronounced. The distance from the nose to the stop is equal to the distance from the stop to the back of the head. The muzzle is strong, slightly dry, generally in proportion to the head. The nose is black, brown dogs sometimes brown. The lips are thin and fit tightly. Complete set of teeth, white, with a correct bite. The eyes are round, slightly protruding, with an intelligent, pleasant expression, set on the sides. The eyelids fit snugly. Ears are pointed, erect, set high.

The neck is set proudly, dry, without dewlap. The body is well balanced, square in format, that is, the length of the body is approximately equal to the height. Females may be slightly more stretched. The topline is straight and horizontal. The croup is well rounded. The bottom line is tightened. The chest is deep with well-sprung ribs. The tail is set high. The limbs are straight, parallel. Feet are small, oval, toes are strong, well-knit.

The coat is not thick, short, shiny, of good structure, soft to the touch. Slightly longer around the neck than around the body. There are four colors. Between themselves, they differ in the color of the head and spots on the body, if any. In all four variants, the white color of the body is dominant. Pure white is preferred, but a small amount of speck is allowed. The head can be brown and tan, tan, black and black and tan. The color of the markings on the body and head is the same. The spots on the body should not go below the elbow or hock. The tanning marks are distinctly expressed on the jaws, cheekbones, above the eyes. The body is at least 50% white. Colors should be clean, saturated. A white blaze is allowed, which should not touch the ears or eyes. 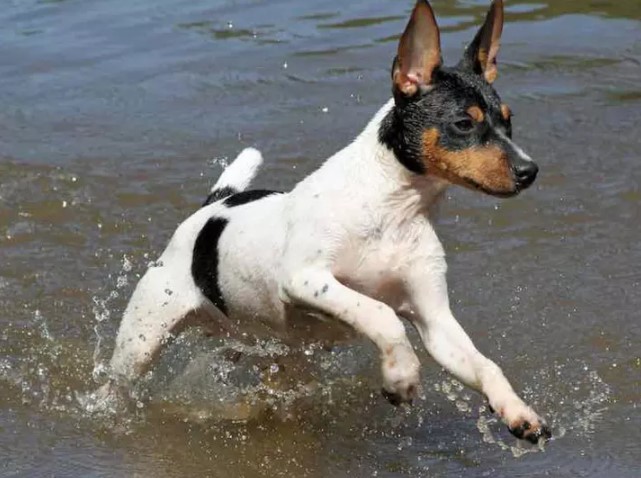 Toy Fox Terriers are funny smart dogs that keep puppy enthusiasm all their lives. It is never boring with them, constant tricks can not fail to bring a smile. At the same time, they are brave and endlessly loyal, by nature proud and vigilant. Dogs are nice and friendly with their family. Get along well with older children. It is undesirable to have a Toy Fox Terrier in a family with small children. The kid can inadvertently hurt the dog, and that, in turn, will not tolerate “bullying” and may snap back.

Within the same breed, dogs can be very different in character. Some are more stubborn and impulsive, while others are obedient and calm.

As befits terriers, the little Toy Fox Terrier loves to dig, bark, explore new territories and smells, and hunt for butterflies and leaves. Can be aggressive towards other dogs, regardless of their size. The dog has pronounced territoriality, which, combined with vigilance and sonorous, loud barking, makes him a wonderful watchman. Toy Fox Terrier loves attention very much and is quite demanding. You need to devote a lot of time to your pet every day. Without communication with a person, he will become unhappy and problematic. When the dog plays enough and runs, from a restless miracle it turns into a calm soft heating pad, which will curl up into a ball at the owner’s feet.

The Toy Fox Terrier usually gets along well with cats and other dogs. Despite the fact that other people’s animals will not be allowed into their territory. Small rodents and birds can be regarded by them as potential prey. The Fox Terrier will easily catch a parrot on the fly. 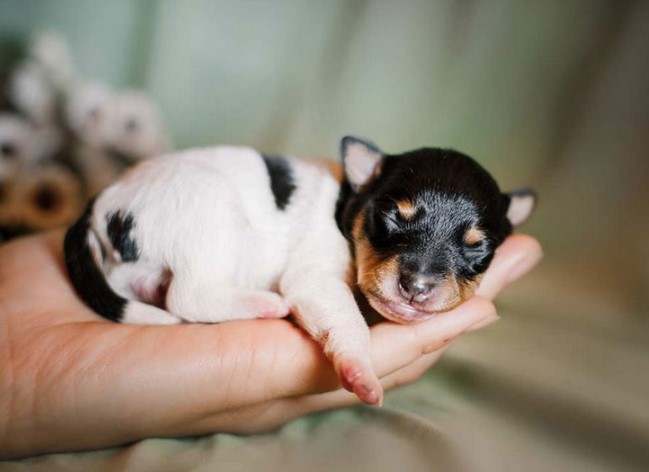 Taking care of the Toy Fox Terrier is no big deal. Brushing the dog is recommended once a week. This will help get rid of mature hairs and have a massage effect. Bathe the dog completely as needed. In winter, she practically does not get dirty, while in summer she loves to roll out in the ground, besides it is hot, and sometimes she has to bathe once a week. At this frequency, only shampoos are used that are intended for frequent washing. Ears are cleaned once a week. Claws are cut every 3-4 weeks. Some dogs have problems with the paranasal glands, which are located on either side of the anus. They should be cleaned as often as necessary. And of course, don’t forget about the teeth. Good quality milk teeth are not required at exhibitions, they will fall out anyway. Nevertheless, it is necessary to take care of them and the oral cavity already from puppyhood. The main measure is their regular cleaning with a special brush and toothpaste. 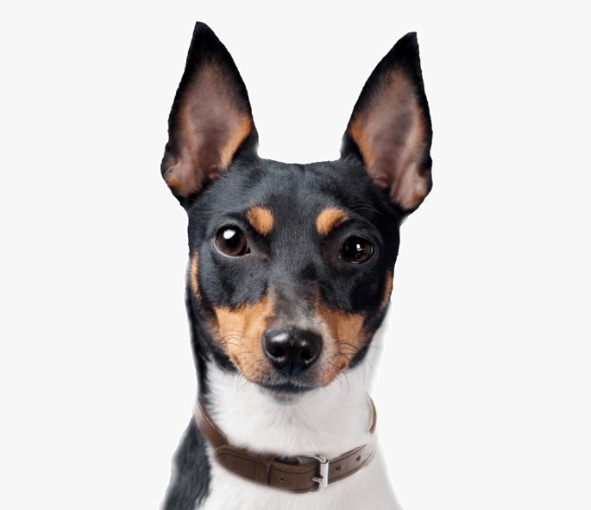 All dogs are prone to certain diseases and the Fox Terrier is no exception. Breeders rarely speak openly about the problems they face in their lines, but owners should be aware of possible ailments. In the breed, a predisposition to the following diseases is noted:

Of course, not all of these pathologies can be found in one puppy. Their presence is difficult to predict, so you need to deal with breeders who only breed healthy dogs. This can confirm the presence of genetic tests.

Most of the other medical conditions that dogs encounter are usually associated with improper care, maintenance, and nutrition. Do not forget about prevention: vaccinate the animal in a timely manner, regularly drive away internal and external parasites. The average life expectancy is 11-13 years.