A huge bluefin tuna was discovered on the Scottish island of Sunday. The fish was found on the beach by ranger Emma Neave-Webb. It is believed that bluefin tuna fell victim to Hurricane Deirdre, during which the wind reached a speed of 120 kilometers per hour. 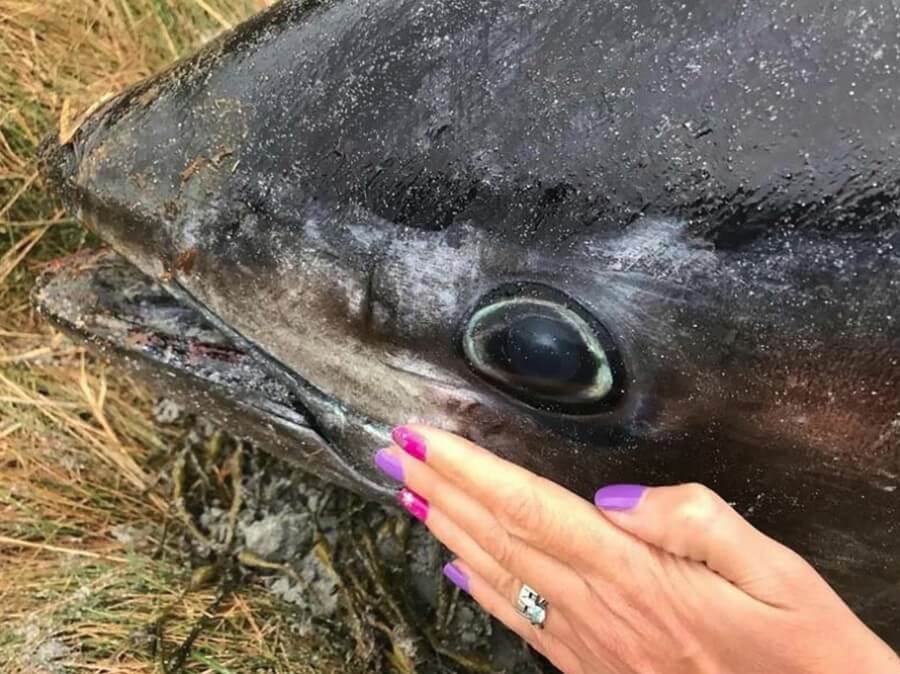 The tuna, 6.5 feet long (about 2 meters), was clearly old enough and died of natural causes, as it was sufficiently fresh and intact. The fish instantly became a local attraction, people tried to take pictures with the giant. By the way, tuna meat is often used to make sushi. 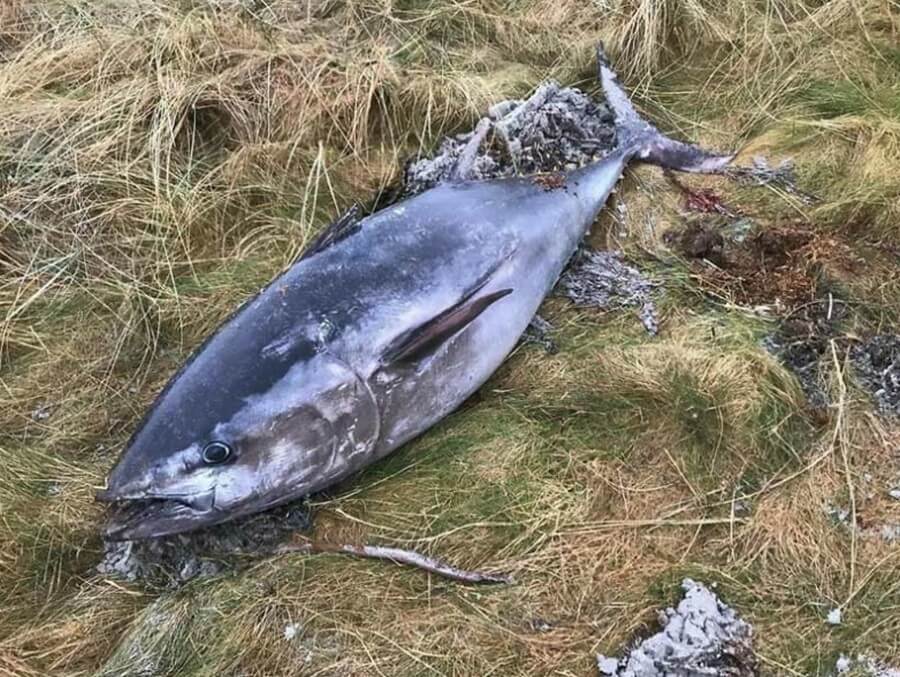 This is the third large bluefin tuna in recent years, which was thrown onto the beaches of Scotland. It is in these places that fish migrate to British waters. The researchers plan to weigh and dissect the tuna to check for plastic residues. 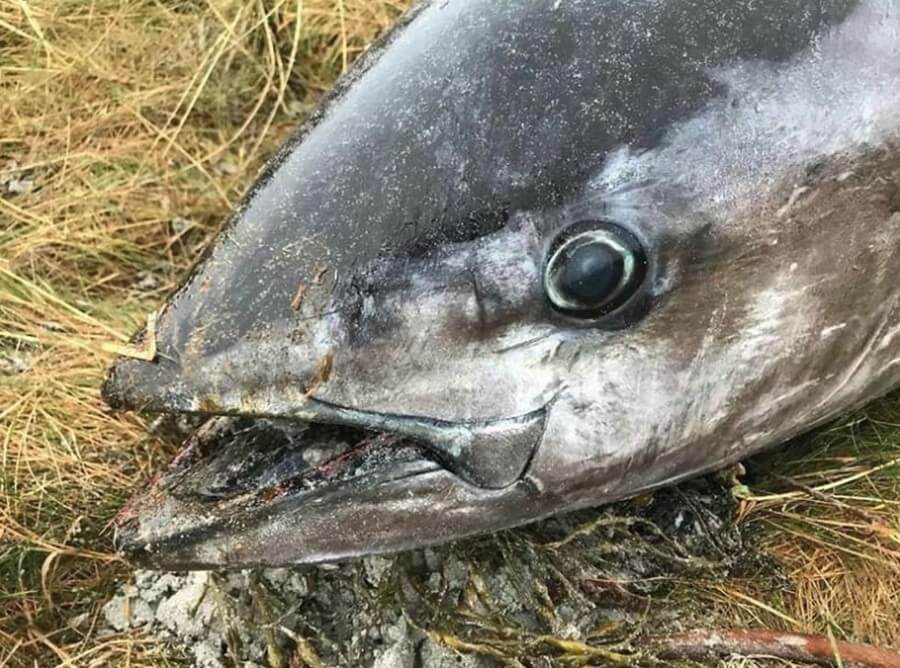 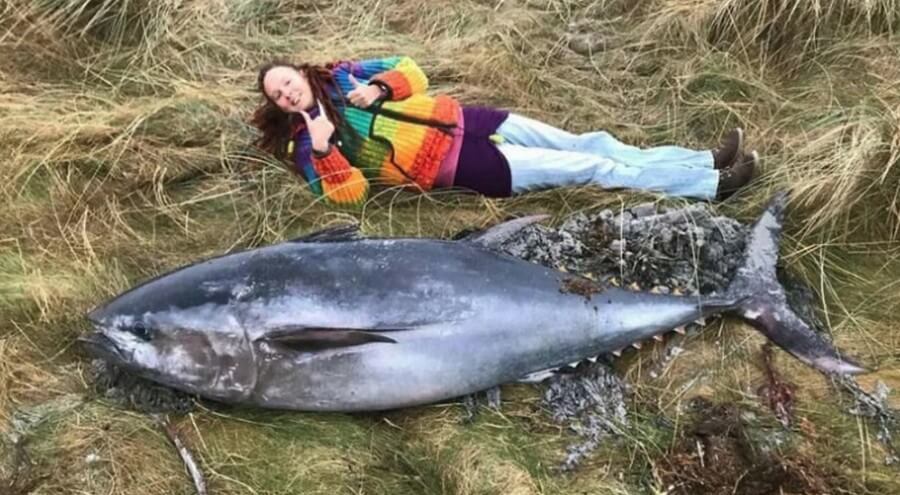