Many dogs suffer from incontinence. The problem is most common in older dogs, but younger dogs can also be affected by incontinence. The symptoms are uncomfortable for both dog and owner, so proper handling of both behavior and treatment of incontinence in dogs is particularly important.

How is Incontinence Expressed in Dogs?

Incontinent dogs lose urine in an uncontrolled manner. The unintentional and often unnoticed leakage of urine often happens when the dog is getting up or is sleeping. An indication of incontinence is if the dog drips slightly when getting up or if you find small puddles of urine in the apartment more often. In contrast to an unclean, unclean dog, the incontinent dog unintentionally and uncontrollably loses urine and can no longer control the behavior itself. Some dogs themselves notice that something is wrong and give the owner an embarrassed look.

What are the Causes of Incontinence in Dogs? 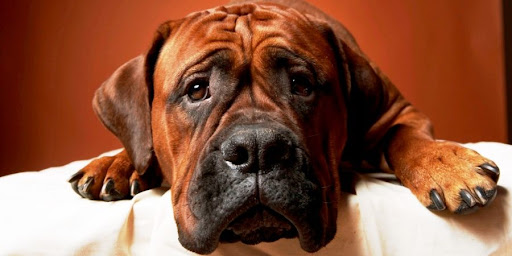 As with many symptoms, there is no one-size-fits-all explanation for dog incontinence. One of the most common causes of incontinence in dogs is age-related loss of elasticity in the bladder sphincter. One speaks of urethral sphincter incompetence. Due to the weak bladder, the dog can no longer control when urine comes out of the bladder. Other factors such as obesity and castration can promote bladder weakness.

How Can You Treat Incontinence in Dogs?

The most effective treatment for incontinent dogs depends first on the cause. If you notice that the dog is losing urine in an uncontrolled manner, even though it is actually house-trained, you should consult a veterinarian. The vet will examine the sick animal’s blood and urine to determine the cause. Further examinations such as ultrasound may also be necessary to determine the cause. The correct treatment can then be initiated.

Before resorting to harder means, homeopathic treatment for incontinence in dogs is often the first step. For many dogs, the herbal treatments are very effective and can reduce symptoms and reduce the animal’s stress. Various homeopathic globules can be used in the treatment of incontinence with homeopathy. Herbal remedies with ingredients such as cranberry, pumpkin seeds, and bearberry can also help.

When homeopathic remedies are not enough, prescription drugs can be used. Special drugs, so-called sympathomimetics, contain the active ingredients ephedrine and phenylpropanolamine. The drugs strengthen the muscles of the urethra and can thus help prevent the dog from leaking out of control. If the incontinence has hormonal causes, hormonal medication can also be used.

Surgical treatment of incontinence in dogs is also a common treatment method. An operation is especially useful if the incontinence was caused by castration. Females in particular are often affected by this, as hormonal changes weaken the urinary bladder muscles. During the operation, the urethra is relocated and held in place to narrow it and reduce the uncontrolled leakage of urine.

How to Deal with Incontinent Dogs

Incontinence in dogs is also uncomfortable for humans. As a dog owner, you should still be patient and treat the animal lovingly. The dog cannot help its illness and needs special care and attention in this unpleasant situation. There are various aids to make the unpleasant consequences of incontinence more bearable.

Incontinence mats and pads for dogs

Since many dogs lose urine while sleeping or standing up, incontinence mats are a good investment. The mat or pad can easily be placed on the dog bed or on the sofa. The absorbent material soaks up the dog’s urine. As a result, the dog sleeps better because it does not have to lie in its own urine, and the furniture is spared.

If the dog has a weak bladder and doesn’t always make it outside, a dog toilet can help. Similar to a litter box, the dog toilet is set up in the apartment so that the dog can use it and does not have to wait to go for a walk.

In severe cases of dog incontinence, dog diapers can be used. The special diapers are particularly useful when traveling so that the dog does not leak on the way. However, dog diapers are rather uncomfortable for most dogs and should, if possible, not be used permanently.