Uromastyx is a lizard that has only recently started to be kept as a pet. Despite this, Uromastyx are quite simple to maintain, have interesting behavior, and are very friendly. 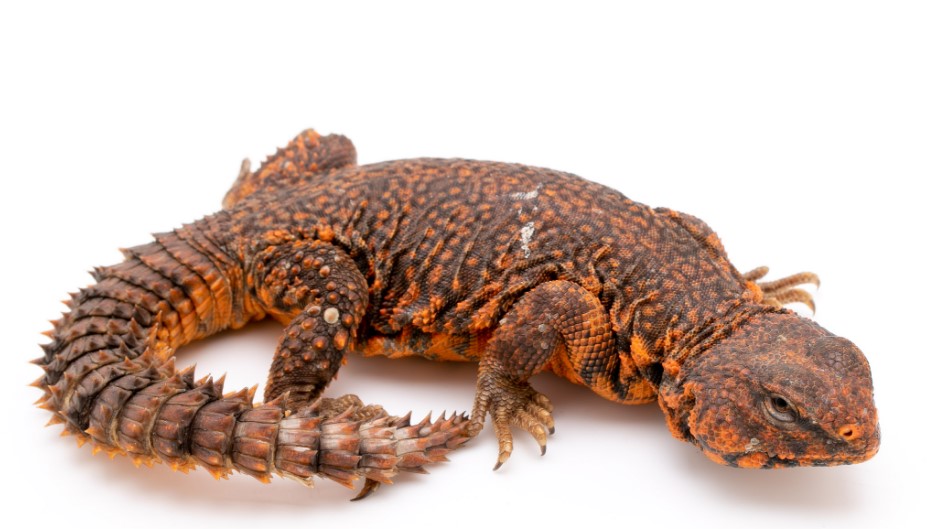 The genus Uromastyx unites about 16 species of large lizards with a short, flattened head, somewhat resembling the head of a turtle, and a low, wide body with massive legs, whose thick fingers are armed with strongly curved sharp claws. Their wrinkled skin is covered with small monotonous scales, among which, in some species, enlarged tubercles with small spines are scattered in disorder. Young lizards, like all agamas, have four incisors on each jaw, but over time, the front upper incisors fall out and are replaced by the growing edge of the jawbone, which gradually takes the form of a flat cutting tooth. The lower incisors merge with each other, and as a result, in an adult lizard, flat cutting surfaces located one above the other are formed on both jaws, separated from the molars by a small gap.

The most remarkable feature of these reptiles is a relatively short, flattened tail, covered with large spiny scales on top, collected in regular transverse rows. Smaller spikes can also be found on the back of the thighs. Uromastyx is colored quite variably and in its active state, they are yellow, orange, brick-red, green, turquoise, and black, often with a mesh or spotted pattern. Only a few species permanently have a dull brownish-gray color, matching the color of the sandy or rocky ground on which they live. Young lizards have a more or less clear pattern of dark and light transverse stripes and spots. Body coloration can change under the influence of temperature, with an increase in which it becomes brighter and lighter. The largest of these lizards reaches 75 cm in length, of which a little less than half is on the tail. 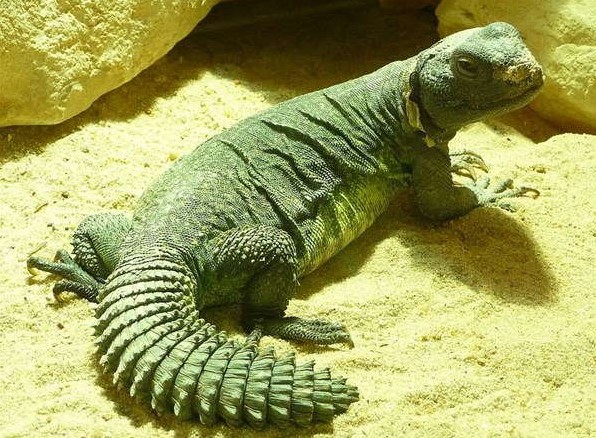 These reptiles inhabit the dry desert and rocky areas of Southwest and Central Asia and North Africa. In the Sahara, their favorite habitats are the outskirts of oases and hilly areas on the border of the sands. In the central part of a small individual plot, with the help of sharp curved claws, lizards dig out deep burrows, reaching 4 m in length in some species. Dwelling in arid and hot areas, Uromastyx has increased resistance to heat, leaving many other desert dwellers behind in this regard. Zoologist S. Anderson observed these lizards active on hot rocky soil, the temperature of which reached 53-57 ° C, while the body temperature of the animals themselves rose to 43-45 °. According to him, the critical temperature for the Iraqi species Uromastyx loricate lies in the range of 49-50 °, which is much higher than the norm, destructive for most other lizards. 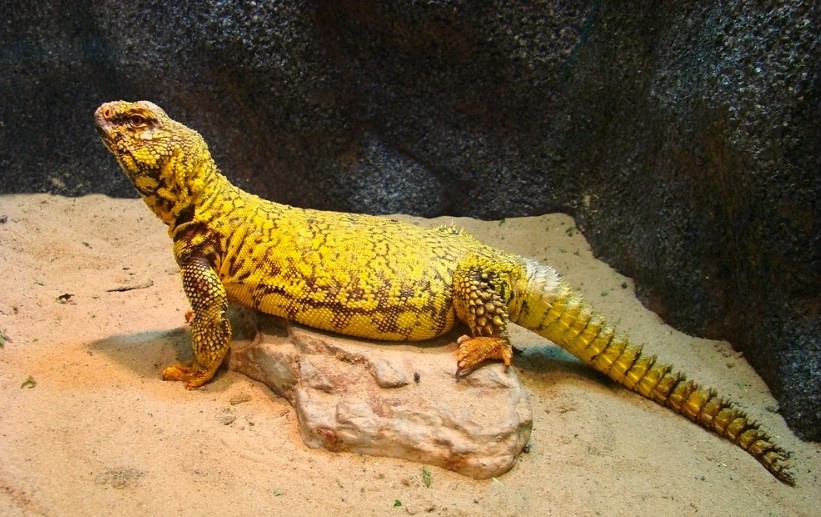 These lizards are great for keeping in captivity. They are easy to care for, friendly lizards that are fun to watch. Uromastyx does not bite humans. True, if you offend him, he can hiss at you. They are also relatively inexpensive, and food for them can be found at your local grocery store. For all types of Uromastyx, approximately the same conditions must be provided.

Terrarium. Uromastyx – active lizards like to dig in the ground and take a walk. Therefore, the terrarium should be spacious enough, preferably with a variety of landscapes. As a substrate, 5 cm of coarse round sand at the bottom of the terrarium is suitable. In the cold corner of the terrarium, you need to make a damp area and a “mink” – for example, a piece of the plastic corrugated tube as long as 2-3 lizards.

Temperature and lighting. Uromastyx is a daytime animal, therefore it loves both light and warmth. It is desirable to create a temperature gradient in the terrarium of 40 to 25 ° C, with a basking area of ​​about 50 ° C. If the temperature in your apartment does not drop below 16 ° C at night, night heating is not required. A UV lamp is required as a light source. 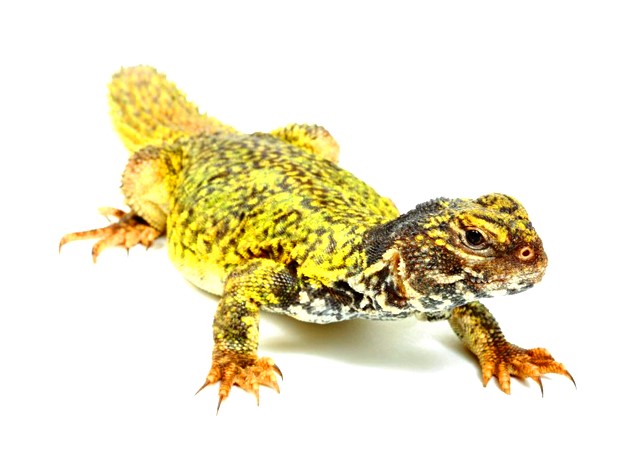 They feed plant food, in captivity, they eat mustard, turnip, dandelion leaves, and other greens + legume seeds (lentils, peas, etc.) as a source of protein (preferably in the form of puree). It is not recommended to give cabbage and spinach. Once a month, you can give a couple of insects.

With proper nutrition, they do not show interest in water, although it will not be superfluous to offer it from time to time. Do not forget about vitamin supplements for these lizards.