It’s no secret that fighting dogs are quite dangerous pets. They devote maximum time to their upbringing, combining physical activity and discipline. Sports activities in this case are more a necessity than just a hobby. If your pet is active, persistent, and strong in its grip, pay attention to the spring pole – a competition in hanging on a rope.

As a separate sports discipline, the spring pole appeared in the United States in the 1990s. However, such training of serious dogs such as bull terrier was known in England back in the 19th century. The breeders noted the love of these animals for grabbing objects and tug-of-war exercises, so they deliberately trained the wards in this way. 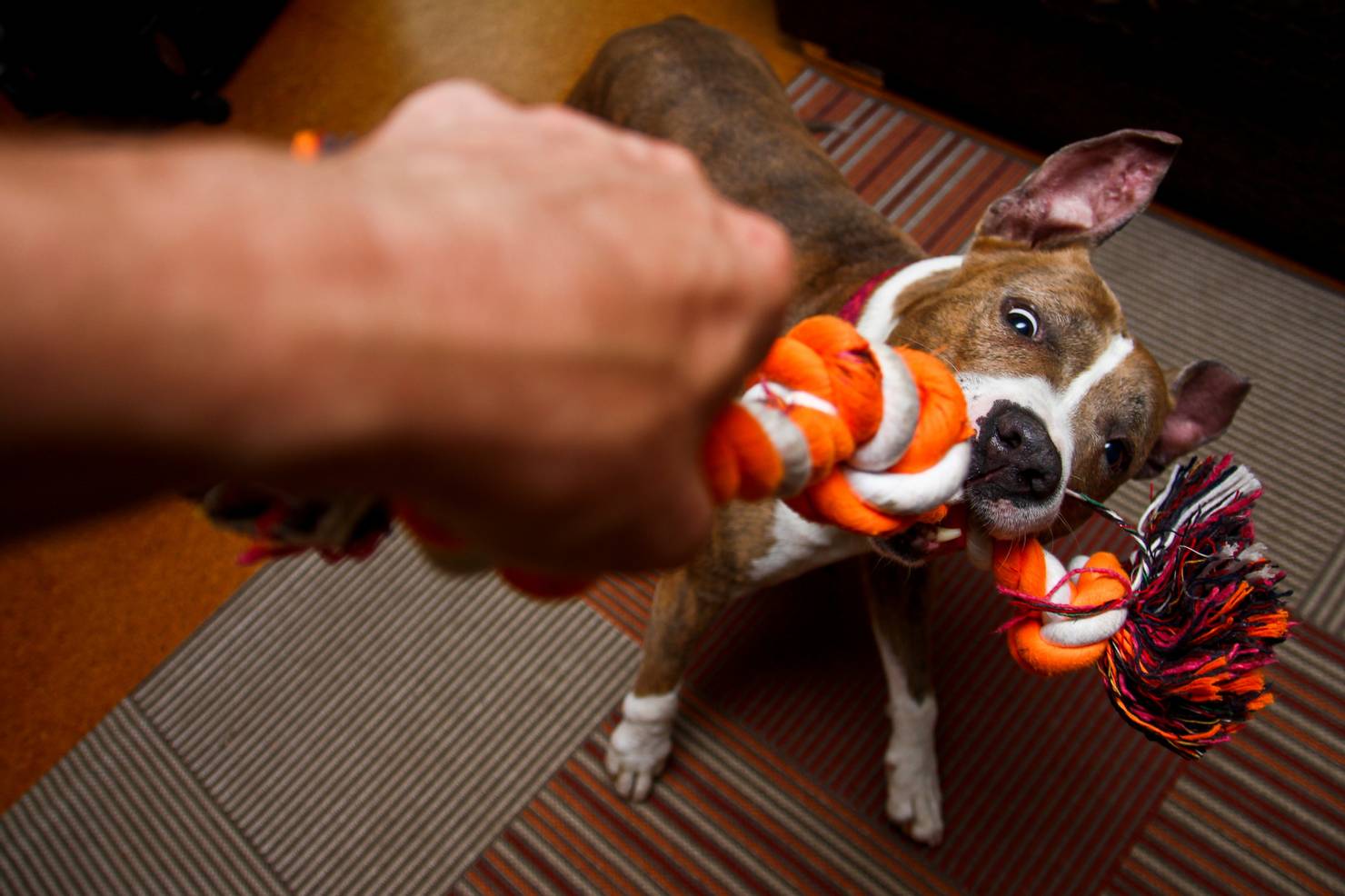 The main criterion for the participation of a dog in the competition is its age: as a rule, it must be over 10-12 months. It is important that by this time all the teeth have already changed in the animal and the bite has formed.

Preparation for the spring pole competition begins with puppyhood. However, in no case should you immediately start playing with a rope, as you can injure the pet’s jaw. First, you need to satisfy his need for chewing with rubber balls and other toys. As you grow older, you can offer more gambling, develop a dog’s purposefulness and perseverance.

At the next stage, they begin to get acquainted with the rope, sticks, rubber bands – harder toys. At the same time, the rope is gradually raised so that the dog tries to reach it, standing on its hind legs. It is very important not to make this transition too abrupt, otherwise, you can lose your pet’s interest.

If your dog loves to play tug of objects, you can consider spring floor training as a complete exercise, even if there is no intention to compete. Such workouts have quite a few advantages:

The stamina of the dog increases;

These are great strength training;

Daily training for especially active pets is a great opportunity to release energy.

How Is the Competition Going?

If the pet shows good results, you can try to take part in the competition. To do this, you need to know the following:

The main thing in a spring pole is a projectile, which consists of a rope, tarpaulin tape, or a sling on an anchorage. At the free hanging end of this projectile, there is a grasp. It should be located about 1.5 meters from the ground so that the dog can reach its full height;

The competitor starts about 5 meters from the target. When the dog is released, it must not only grab the rope but also hold it;

The maximum execution time is 3-5 minutes, depending on the specific competition;

As a rule, the animal is given three attempts.

In each round, the dog earns points: during the hovering, it receives the main points, and can also receive additional points, for example, for swinging on a rope. Penalty points may also be attributed, for example, for an incorrect start, an attempt to provoke a fight, or disciplinary remarks.

The winner of the competition is the dog that eventually scored the maximum number of points.