Along with diabetes mellitus, it is the most common hormonal disease in dogs: Cushing’s syndrome. In the advanced state, the dog’s appearance changes. The so-called “hanging belly” is characteristic. The good news is that there are promising therapeutic options for certain forms of the disease and early diagnosis. The article provides an overview with the most important information on the subject of “Cushing’s syndrome in dogs”.

Cushing’s syndrome is a hormonal disease that is technically called hyperadrenocorticism. The pituitary gland or adrenal glands are malfunctioning. As a result, the dog’s body makes too much cortisol. Addison’s disease or Addison’s disease, in which too little cortisol is released, has the opposite effect.

The subject of Cushing’s Syndrome is very complex, as the disease has a variety of causes and symptoms. In some affected dogs, the clinical picture is very pronounced, in others, however, hardly. The hormonal disorder occurs in both humans and some animals. In addition to dogs, horses, and, in extremely rare cases, cats can also suffer from it. 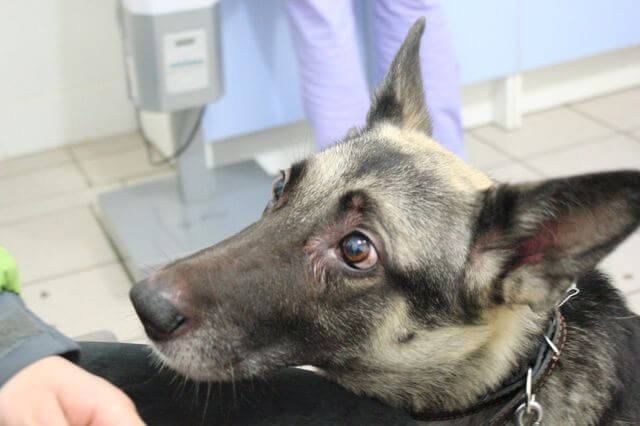 He is considered the founder of modern neurosurgery: Harvey Williams Cushing († 1939). The American described the disease for the first time at the beginning of the 20th century. Decades later, Cushing’s Syndrome is named after him.

In some cases, Cushing’s syndrome in dogs can be the cause of diabetes mellitus.

There are several possible causes for the disease. The vet adjusts the therapy depending on the trigger of Cushing’s syndrome.

Latrogen means “made by the doctor”. Cushing’s syndrome in dogs can be favored by repeated use of cortisone preparations or by long-term cortisone injections.

Which Dogs Are Prone to Cushing’s Syndrome?

Diagnosis: How Does the Veterinarian Diagnose Cushing’s Syndrome?

Increased water intake can also speak for other diseases – such as chronic kidney failure. Therefore, the veterinarian often has to arrange several examinations to determine Cushing’s syndrome in dogs:

The aim of the treatments is to bring the increased cortisol level back to a normal level. The therapy options vary depending on the cause of Cushing’s syndrome. Drug therapy with the active ingredient trilostane suppresses the excessive function of the adrenal cortex. In parallel to the therapy, the blood values ​​must be checked regularly. If the cause is a tumor, surgical removal of the degenerated adrenal gland may be an option. Provided that the risks of the operation are justifiable. In addition, such an intervention should only be carried out by a specialist, since the operation is quite difficult. In the case of a greatly enlarged pituitary gland, radiation therapy can reduce the size of the gland so that a significant improvement occurs. If there is a latrogenic cause for the disease, the drug, which is responsible for the increased release of cortisol, is discontinued in slow steps.

If a tumor is the cause of Cushing’s syndrome, a long life expectancy depends on whether the degeneration is benign or malignant. The stage of the disease also plays an important role. It is important for success that the dog owner and veterinarian work well together. If a sick dog is not treated, its quality of life will suffer enormously from the hormonal disorder. Cushing’s syndrome in dogs cannot be cured with drug therapy, but there are still good chances of a long dog’s life.