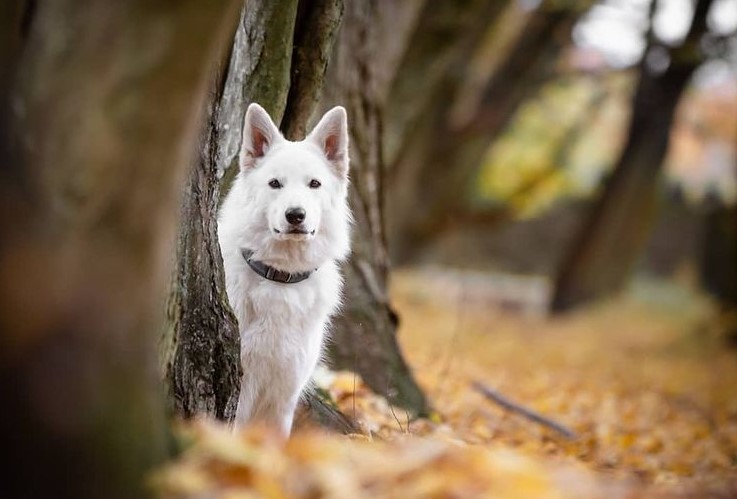 White German Shepherds have long been bred in Germany, Canada, and the United States, but they are called the White Swiss or American Canadian Shepherd. In fact, this is the same breed, descended from white German Shepherds, but with normal pigmentation of the nose, lips, eyelids.

As you know, the first two males presented in Hannover in 1882 were of light color: one was white, the other was light gray. The white dog’s name was Greif, he was assigned a decisive role in the development of the breed. In the late 19th century, several German Shepherd breeders did not work well, each trying to breed their ideal service dog. However, a man appeared who could unite them, he was Max Emil Friedrich von Stephanitz. In 1899 he bought a dog named Hector at the show, which he renamed Horand von Grafrath. It was he who became the first number in the herd book, it was from him that the modern German Shepherds descended, and his maternal grandfather was the very white Greif, with whom the white color came into the breed.

German Shepherds gained popularity very quickly and spread outside Germany, they were exported to America, Canada, Great Britain, and other countries. The number of breeders grew exponentially. Until the 30s, they did not attach much importance to their color, they focused on working qualities. As the scope of use of service dogs increased, the requirements for them increased greatly. Many could no longer answer them in full. It was necessary to find the culprit. The Nazis made such a gene for white color, attributing to it all kinds of vices and loss of working qualities. This opinion quickly spread among breeders, in the 60s the white color was finally declared disqualifying. At this time, the White German Shepherd had already been bred in America, it was an independent breed and the Americans did not want to abandon it. White Shepherd Dogs from the States came to Europe under the name American Canadian White Shepherd Dog. They were first brought to Switzerland in the early 70s. Soon, many purebreds of several generations of white dogs spread throughout Europe. Since 1991, they began to be registered as a new breed with the prefix of the Swiss herdbook – LOS.

In 2003, the breed was recognized by the international canine association FCI under the name White Swiss Shepherd Dog. The breed was not directly related to Switzerland, most likely, the name was given because of the special relationship of the FCI to the USA, which is not a member of it and limits the relationship to an agreement on mutual recognition. 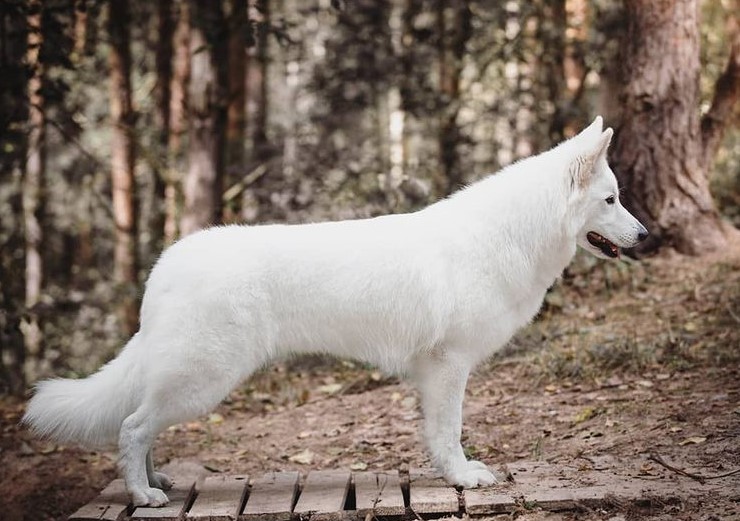 The White Swiss Shepherd Dog is a strong medium-sized dog with well-developed muscles, moderate bones, elegant harmonious outlines, and a somewhat elongated shape. The ratio of body length to height is 12:10. The height at the withers in males is 60-66 cm, in females – 55-61 cm; weight – 30-40 and 25-35 kg, respectively.

The head is dry, chiseled, wedge-shaped. The axes of the muzzle and skull are parallel. The skull is slightly rounded. The stop is moderately pronounced. The muzzle is strong, long with a straight bridge of the nose. The nose is medium in size, dark in color. The eyelids and lips are dry, close-fitting, as dark as possible. The eyes are of medium size, almond-shaped, set slightly obliquely. The color of the iris is brown to dark brown. Ears are erect, set high, set vertically, directed forward, slightly rounded in the upper part.

The neck is of medium length, harmoniously set. The body is strong, of medium length. The withers are well defined, the back is strong and straight. The loin is developed. The croup is of medium width and length, sloping gently towards the base of the tail. The chest is not very wide, oval in section, the front part is well defined. The flanks and belly are slender, the underline is slightly tucked up. The tail is saber-shaped, fluffy, tapering to the tip, set low, reaching the hock joints. The limbs are strong and muscular, straight, parallel, not very wide apart. The paws are oval, the hind legs are slightly longer than the front ones, round in shape. The toes are well-knit, the pads are strong black.

The coat is thick with a well-developed undercoat, tightly fitting, tough to the touch. Along the length of the hair, it distinguishes two types of White Swiss Shepherd Dogs: long-haired and short-haired. Muzzle, forelegs, ears are always covered with short hair. On the neck and back of the legs, the hair is longer, it can be slightly wavy. 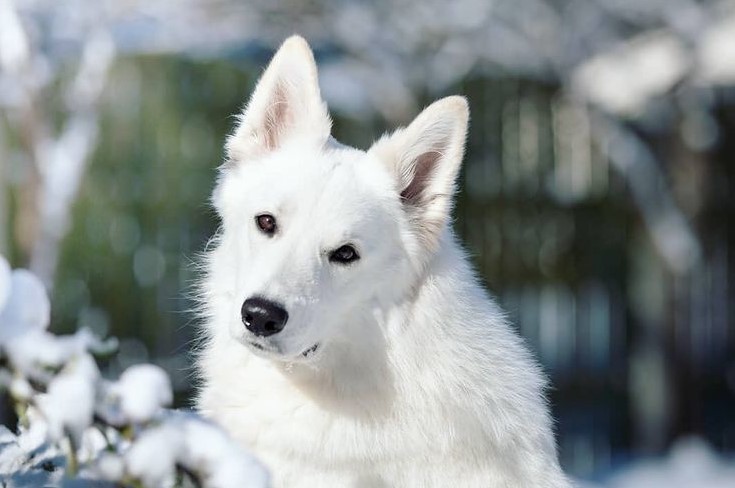 The White Swiss Shepherd is a cheerful, attentive, alert dog. Energetic, without too much fuss. Differs in special friendliness to children. The dog is very smart and quick-witted, learns quickly.

The White Swiss Shepherd Dog is a companion dog with a balanced psyche and a friendly disposition.

Few of the owners of White Swiss Shepherd Dogs are faced with the problems of cohabitation of White Swiss Shepherds with other animals. Shepherd dogs have a very sociable, friendly character, they get along well with other dogs. Most Shepherd dogs are owner-oriented, docile, and obedient, but representatives of the breed can test the owner “for strength” throughout their lives. This is usually the case with males.

The White Swiss Shepherd Dog is not suitable for guarding a private home or other objects. It is primarily a companion, family dog. However, it is possible to develop certain qualities in it. It is possible to develop the qualities of a bodyguard in a dog, but Malinois and German Shepherds are more suitable for this role. Swiss Shepherd will be able to pretend to “bite”, but usually no more. 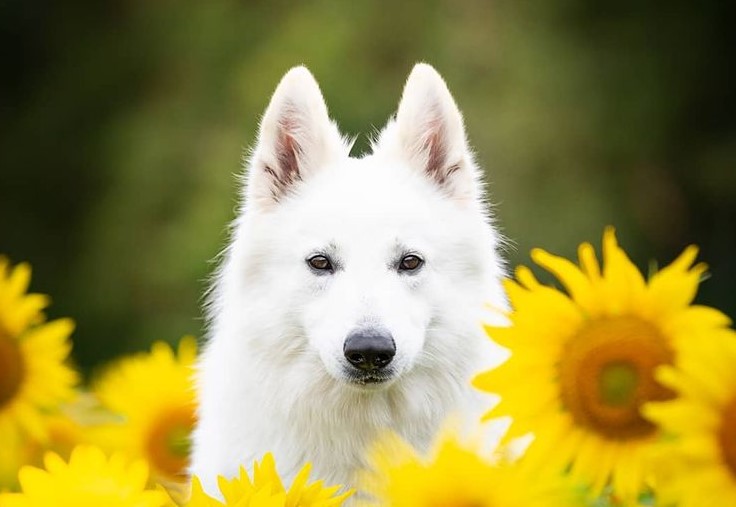 The White Swiss Shepherd is a sturdy hardy dog ​​that tolerates heat and frost well. Most diseases are caused by improper care, nutrition, and poor living conditions. Several hereditary diseases are distinguished in the breed, but most of them do not pose a threat to life and are treatable: