Many dogs are fearless and courageous animals. But, alas, sometimes these qualities give the owner a lot of problems, especially when they manifest themselves while walking on the street. Often, a pet rushes at passing cyclists, skateboarders, and most dangerous – at cars. How to stop a dog from rushing into cars and people?

The habit of rushing into cars is very dangerous both for the dog itself and for the people around it: the driver can get scared and create an emergency. The threat to the pet is obvious: hundreds of animals die every day under the wheels of cars.

Why Does My Dog Chase Cars? 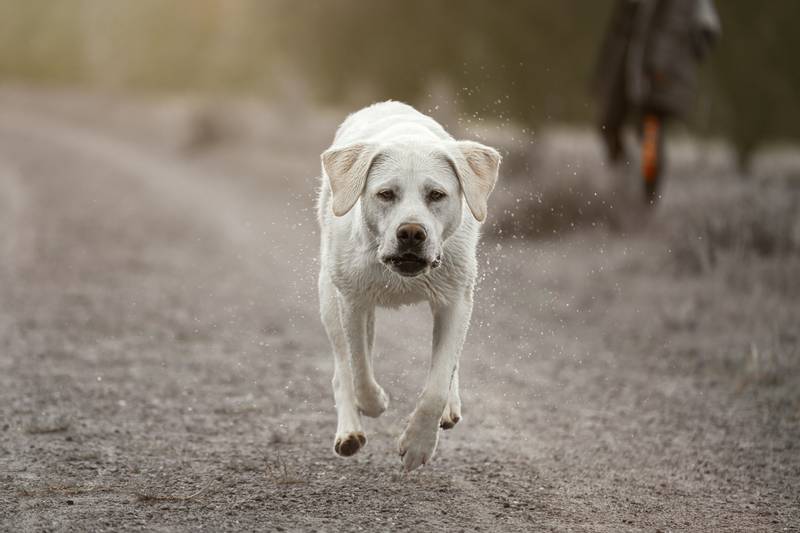 The exact reason why a dog rushes on passing cars is difficult to establish even for professional dog handlers. Some believe that the problem is instinct: the dog believes that the car is a large living object that is dangerous. Others think that animals don’t like spinning wheels; still, others are convinced that the main reason is the sounds, including the creak of bicycle wheels.

There is an opinion that dogs without a breed more often than pedigree rush to the road. However, this is not quite true. As a rule, ill-bred dogs rush to cars, and here it does not matter at all whether a purebred pet or not.

Interestingly, this bad habit can appear in both childhood and adulthood. That is why it is necessary to socialize the puppy on time – then he will calmly react to objects passing by. However, it also happens that a well-mannered and quiet adult dog, for which such outbursts of emotions have not been noticed before, suddenly begins to rush at passing objects.

A similar problem is common among those animals that came to the city from the village, that is, from a private home. After a long period of isolation from the outside world, they react much more strongly to urban stimuli.

One way or another, and the fight against bad habits must be started immediately. What to do if a dog rushes into cars?

Why Does My Dog Chase Cars All of a Sudden: Training and Patience

Correct unwanted behavior using a reward system. It works much better than punishment. Analyze whether your dog loves more – treats or praises. This will be her reward for good behavior.

Go for a walk in places where there is a possibility of meeting moving objects – cars and bicycles, which your pet does not like so much. The dog must be kept on a leash! Moreover, if the length of the leash is not adjustable, take the one that is shorter.

As soon as you feel that the animal is about to rush to the car, you need to give any forbidding command that the pet knows: for example, “You can’t!”!” It is important not to pull the leash, not to tear it. Just hold on and don’t let the dog escape.

After the ban, a beckoning command “Come to me!” Follows. If the dog responds, praise him, give him a treat.

If the pet does not pay attention, a separate study of the “ban-call” pair is needed.

At the second stage, movement without a leash is trained so that the free-range dog responds calmly to passing objects:

Do not immediately remove the leash: you cannot completely trust the dog yet. To control the pet, it is enough to tie a ribbon to the collar. If he disobeys the command, you can keep him.

The algorithm of actions is the same as in the previous stage. As soon as the car passes, the owner gives a prohibiting command and the command “Come to me!” If your pet does them, it should be praised or rewarded. If not, you will have to go back to the leash stage.

As soon as the dog stops making mistakes, confidently and obediently approaches you, you can remove the control tape.

The main rule: if you have little experience or your pet does not obey, you should not experiment with self-training – this can only aggravate the situation.