Many dog owners are familiar with the situation that the dog sniffs at their crotch. A study now provides information about the behavior that dog owners have been uncomfortable with one time or another.

Even if the behavior may seem strange to us, it is perfectly normal for dogs to sniff each other’s intimate areas. This is how they greet each other or show their love for each other. Although it is embarrassing behavior for humans (especially when we are in the company), sniffing the private parts is a normal and natural habit. But many forget that when their dog sniffs at them.

One Way of Communication 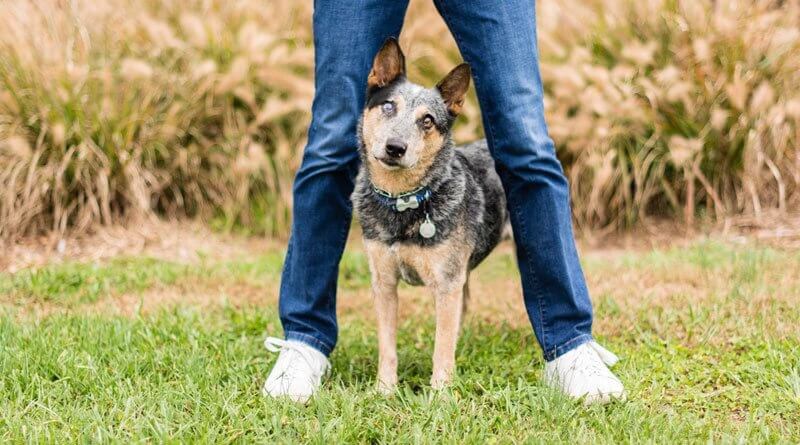 Many studies have already shown that the dog’s smell is its most distinctive sense. If they smell us, they can decipher messages in order to establish a “conversation” with their owners, friends, or acquaintances.

In a publication on Psychology Today, Dr. Stanley Coren states that the information dogs gather when they smell us is very valuable to them.

According to the study, sniffing gives the animals crucial data for their social interaction.

Our skin contains two types of sweat glands: the eccrine and the apocrine. The latter are activated during puberty with increased hormone levels and produce a much denser and stronger fluid than the sweat of the eccrine in the rest of the body. The fluids produced by the glands in these regions carry a lot of information in the form of smells that is important and irresistible to man’s best friend. These odors, which are barely perceptible to humans, are known as pheromones.

The Key Lies in the Pheromones

They are the most important thing for dogs. With their help, dogs can know what we have eaten, how we are feeling, and use it to tell our gender, age, and even health. This allows the dog to be the first to determine if women are pregnant or what part of the menstrual cycle they are in.

On the other hand, the study has also shown that one dog’s nose can even save lives in a risky situation (e.g. in an earthquake or after an avalanche) or detect cancer at an early stage, as our body develops odors at this point in time that humans cannot perceive.

The article on Psychology Today makes it clear which human habits affect the dog the most.

If a person has just had [email protected], if a woman is ovulating, or breastfeeding a baby, it will draw a lot of attention to their pet.

Your pet will then want to sniff you up and down, including the genitals. Because these are the areas where the greatest production of hormones takes place. So the sniffing ritual is something completely normal. In this way, the dog can collect information about its owners and get to know them better. And who doesn’t like to have a good relationship with their dog?