Surely everyone who was even a little interested in cats knows that these animals like to touch from time to time with their front legs as if kneading an invisible dough. But hardly anyone knows why they do this. 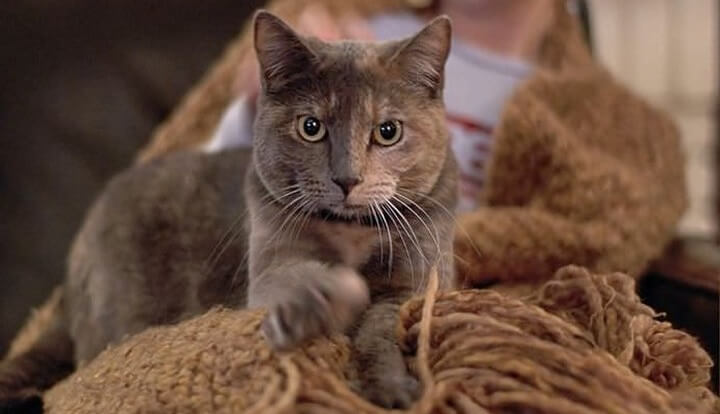 Let’s find out what makes them do these movements. As it turned out, there are several different versions explaining this phenomenon. But, whichever of them the specialists are inclined to, on the main thing they absolutely agree. If a cat tramples you with its front paws, then it loves you!

The first version says that this is an innate instinct. When the cat feeds the kittens with milk, the cubs massage the mother’s chest with their front paws, thus stimulating a better flow of milk. And even when cats grow up, they subconsciously touch their paws, as if plunging into a happy, carefree childhood.

According to the second version, cats have glands under the claws that produce a special type of pheromones. In this way, cats show their love and affection for the one they trample with their paws.

So, if your favorite hurts you with its claws when it does this kind of massage, you should know that it is not doing this out of malice. On the contrary, in this way, it expresses its tender feelings for you!