Wolves are unique creatures – they are distributed almost all over the globe, they are perfectly adapted to the most difficult climatic and geographical conditions. They have a complex social structure and perfectly interact with each other, and most importantly, wolves have an excellent system of sensory organs and a highly developed intellect. 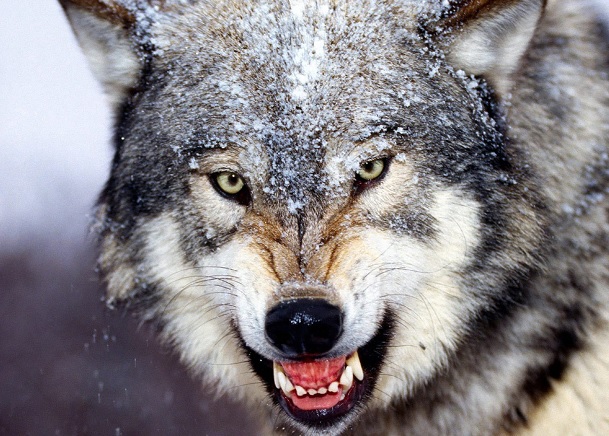 So in the Voronezh region in the Khrenovsky forestry, an unusual story happened. Forester A. Protsenko was attacked by a wolf while walking around the site. Gray jumped out of the bushes from behind, jumped on him, and jerked his shoulder with his teeth. The forester was saved by the fact that he was just moving to a swampy area and therefore cut down the slug in advance, and he was also accompanied by a dog that ran freely nearby. Thick clothes saved the forester from a strong bite, he managed to throw the wolf to the ground, there Gray was distracted by a dog, while Protsenko successfully used a stick. So they managed to kill the wolf, and after examining the corpse, the reason for the attack became clear: the wolf was wounded in the neck by someone, and as you know, wounded animals become very aggressive, especially towards the offender or everyone who resembles him.