A noticeable smell from the mouth and changed eating behavior is usually the first indications of gum inflammation in dogs. The disease often exists before the first symptoms and can lead to pain or even tooth loss over time. Learn about the symptoms and causes of inflamed gums in dogs so that you can identify and treat the disease early on.

Contents hide
1 Swollen Gums in Dogs?
2 How Long Does Gum Disease Take to Develop?
3 Symptoms: How Do You Recognize Gingivitis?
4 The Most Common Symptoms at a Glance
5 Diagnosis and Treatment: What Helps Against Gingivitis in Dogs?
5.1 Professional Dog Cleaning
5.2 Canine Gingivitis Medication
5.3 Alternative Treatment for Inflammation of the Gums in Dogs
6 Precaution: How Can You Prevent Gum Inflammation in Dogs? 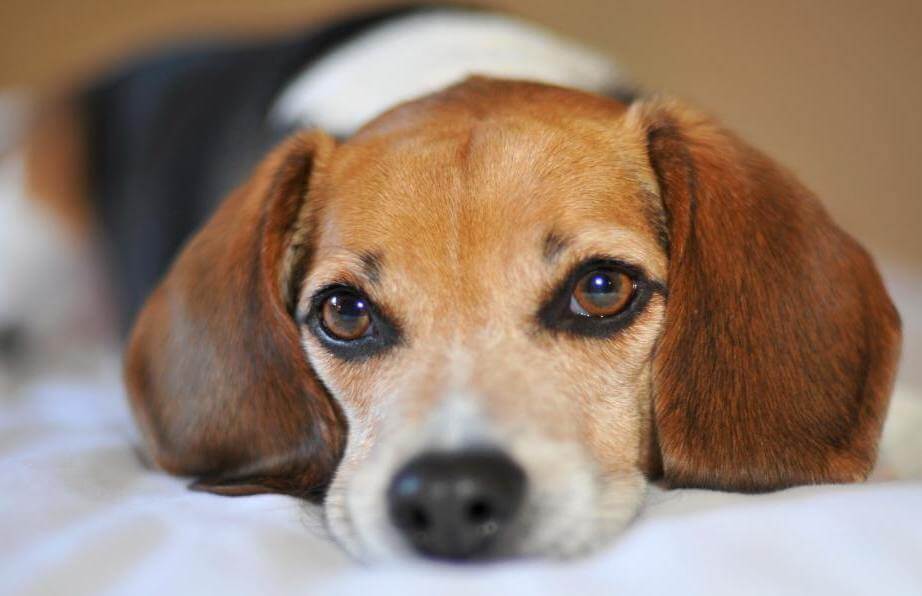 Gum inflammation or gingivitis is a disease in which the dog’s gums become partially or completely inflamed.

Statistically, almost every dog will get gum inflammation at least once in its lifetime.

Certain breeds of dogs are more often affected than others. Small breeds in particular, such as Pekingese and miniature poodles, are often genetically predisposed to gingivitis. If gingivitis is not recognized and treated in time, it can lead to serious secondary diseases such as periodontitis and tooth loss.

How Long Does Gum Disease Take to Develop?

If the dog’s gums become inflamed, this is usually the result of poor dental hygiene. Many dog owners do not know how to properly care for their dog’s teeth. In addition, there is often a poor diet due to soft food or foods with high sugar content. Errors in nutrition and dental hygiene, as well as genetic predispositions, lead to bacteria multiplying in the dog’s mouth. Deposits on the teeth and mild to severe inflammation of the gums develop. Temporary, local inflammation in the area of the gums can also arise from foreign objects such as toys or the retrieval of sharp-edged sticks.

Symptoms: How Do You Recognize Gingivitis?

Mild gingivitis is often asymptomatic. This means that the dog does not show any noticeable symptoms and the gingivitis initially goes unnoticed. However, as the degree of inflammation increases, the symptoms increase. The first sign of gingivitis is unpleasant halitosis. Deposits on the teeth and reddened, swollen gums are the first warning signs. If the inflammation is severe, the dog is often in pain, especially when eating. Therefore, refusal to feed and general behavioral changes can also indicate problems with the teeth.

The Most Common Symptoms at a Glance

Diagnosis and Treatment: What Helps Against Gingivitis in Dogs? 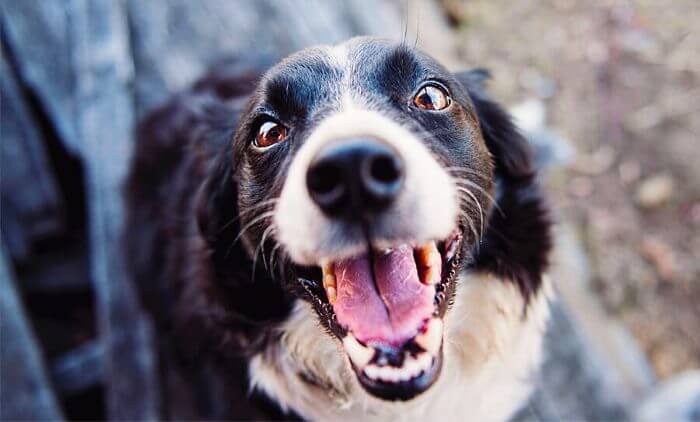 If you suspect that your four-legged friend has gum inflammation, you should definitely consult a veterinarian. The veterinarian can quickly determine how inflamed the gums are and what treatment is needed through an examination. Depending on how severe the disease is, different methods of treatment can be used.

Getting the inflammation under control often requires dental treatment from the veterinarian. To do this, the dog is anesthetized so that the vet has access to teeth and gums. The teeth are then professionally cleaned, usually with an ultrasound device and special cleaning pastes. Impurities and tartar are removed, the gum pockets are cleaned and disinfected.

After professional teeth cleaning and in the case of slight inflammation of the gums, drugs such as antibiotics and anti-inflammatory mouthwashes or pastes with the active ingredient chlorhexidine are often used. The drug therapy against inflammation of the gums fights the bacteria in the dog’s mouth and thus ensures that the symptoms subside and the oral cavity calms down again.

Alternative Treatment for Inflammation of the Gums in Dogs

In the case of slightly inflamed gums, homeopathic treatment or therapy with home remedies can also be promising. In homeopathy, active ingredients such as Ferrum phosphorium and Calcium sulfuratum are used against gingivitis. Home remedies include extracts and teas made from anti-inflammatory plants such as sage, chamomile, and thyme. However, the veterinarian should always be consulted, as treatment with home remedies and homeopathic remedies are often not enough to get rid of the inflammation of the gums in the long term.

Precaution: How Can You Prevent Gum Inflammation in Dogs?

As with humans, the same applies to dogs: prevention is better than aftercare. As a dog owner, make sure that your fur nose always has well-groomed teeth. For proper dental care, it is an advantage if the dog is used to brushing his teeth with a dog’s toothbrush when he is a puppy. Special chewing products, toys that are gentle on the teeth, and the right diet also contribute to the health of dogs’ teeth. If your dog has a genetic predisposition to inflammation of the gums, regular checkups and regular teeth cleaning by the vet can be useful.