These animals were originally created for baiting, but in the future, they became famous runners. Today Greyhound dogs are at the peak of their popularity, but already as simple pets. They are smart, beautiful, and quick-witted. Being the owner of such a dog is a pleasure, but also a great responsibility. You can find out more about the breed, its natural habits, and behavior in this publication.

The nature and habits of Greyhounds

Greyhound dogs are distinguished by their soft, docile nature. They are balanced, not picky. It is a pleasure to be the owner of such a dog! However, this does not mean that the pet does not need education. Greyhounds have a very pronounced hunting instinct, if the dog will be used for hunting, this is a huge plus. If not, then the natural hunting instinct can create problems on walks, because the greyhound will strive to throw in pursuit of a cat or any small moving object. 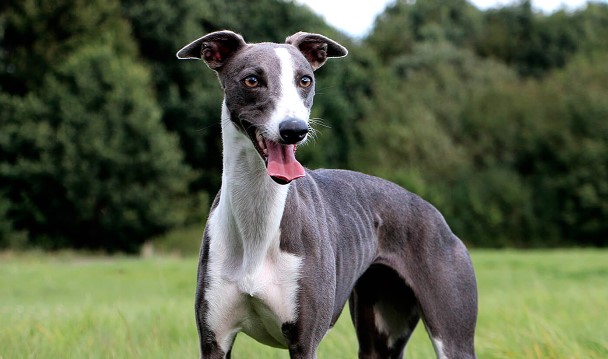 Greyhounds feel great in the family. They are friendly to people of all ages. Such dogs are loyal friends of small children, support, and reliable companions of the elderly. However, the play of the dog and the children is worth watching.

This dog will not tolerate abuse, so children should know about the basic rules of behavior with a dog. Greyhounds quickly become attached to their masters. They are indifferent to strangers, do not show suspicion. For this reason, Greyhounds are not good guards.

Greyhound can live both in an apartment and in a private house. Indoors, these dogs behave quietly, they are almost invisible. But the animals are very active on walks. They love to explore new territories, play, run. Greyhounds are friendly. They can coexist peacefully with other dogs in the same house. However, conflicts can arise with other pets, especially cats. Greyhounds will see them as their prey.

Greyhounds are different from all existing hounds. They have a unique heart. It is very large. In addition, dogs have the highest percentage of fast-twitch muscle fibers of any breed. All these features make Greyhounds great runners. They have been recognized as the fastest dogs in the world. 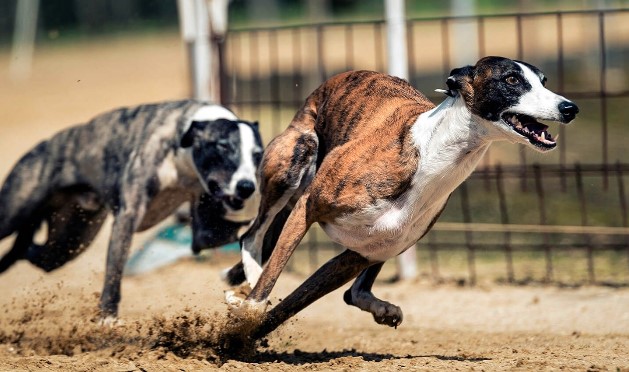 Despite their naturally strong immunity, endurance and speed, Greyhounds do not tolerate cold well. They can shiver even when it rains. This is due to the fact that these dogs have a low percentage of subcutaneous fat and a very short coat.

Greyhounds should not be taken out for a walk without a leash. The hunting instinct is well developed in animals. They may suddenly chase a cat, squirrel, or another animal. It will be difficult to catch up and find a pet. The only safe or fenced area can be used.

Dogs of this breed need socialization. They need to be socialized from childhood. Otherwise, the dog will be afraid of strangers and have psychological difficulties in adapting to new circumstances and terrain.

Many people are afraid of getting Greyhounds because of their high energy. However, this is not quite true! Dogs of this breed need activity, but most of the day they prefer to sleep or just lie down. They can live peacefully even in a city apartment. 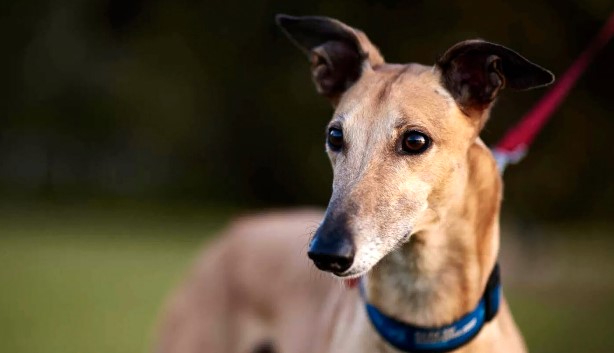