The Brussels Griffon is a decorative breed, a companion dog, a favorite for the whole family. A cheerful, funny, and active dog, not very tall, very elegant in movement and physique. The owner of a self-confident manner, almost with human eyes and a cute expression on his face. 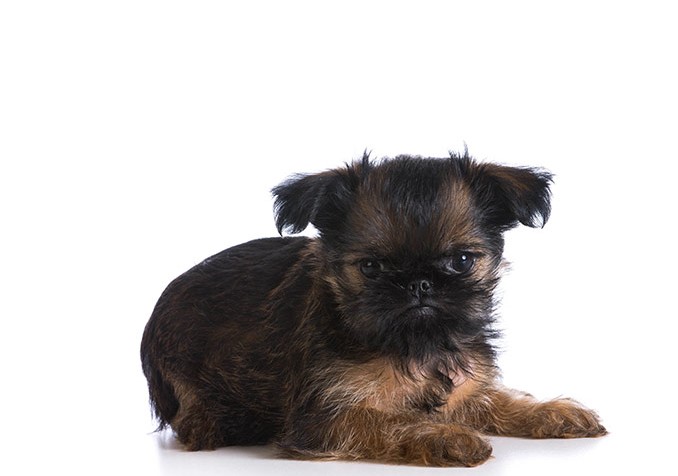 The choice of Brussels Griffon as a pet is due to its friendliness and dedication. He becomes a real little friend and companion. Its height at the withers barely reaches 30 cm, and its weight is 6 kilograms. The body has proportional dimensions, and its length and width are almost equal. The breed standard fits these descriptions: 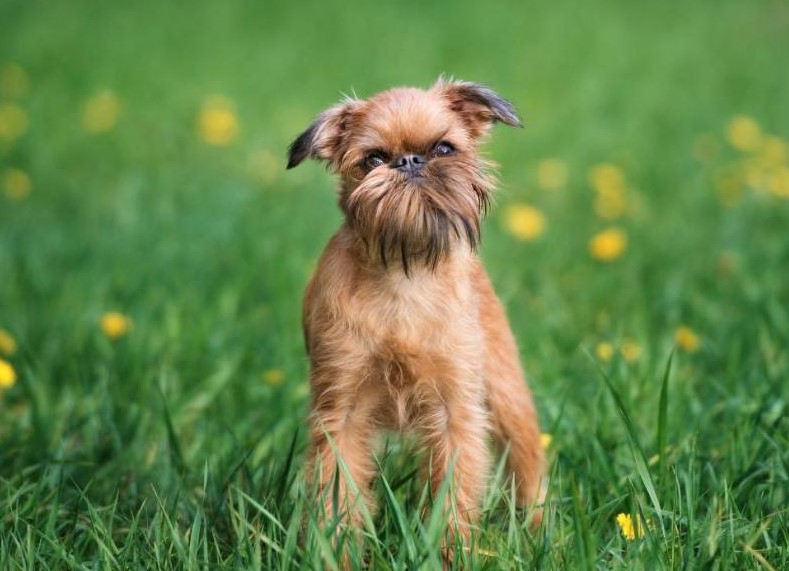 For the first time, dogs with such an interesting appearance came to Britain in the 90s of the 19th century. The British liked the miniature Griffons so much that they were immediately officially registered as a separate breed in 1898. It was then that the first breeding clubs for the Brussels Griffon appeared in Britain.

Griffons were also brought to the mainland at the end of the 19th century, and already in 1899, the first club of lovers of these dogs was registered. A year later, the breed was officially recognized in the United States. For the first time, the Brussels Griffon came to the exhibition in 1899. It was an exhibit of the Westminster Club.

The difficult periods of the 20th century almost led to the fact that the breed could disappear. During the World Wars, it was difficult to keep, let alone breed, these interesting dogs. Their population has declined significantly, and in Belgium itself, it almost disappeared altogether. Only at the end of World War II, British breeders began to increase the population, thereby preserving the breed. Even now, the Brussels Griffon is not often found, although the fashion for this breed appears periodically. So, in the 50s and 90s of the twentieth century, the number of Griffons grew significantly. 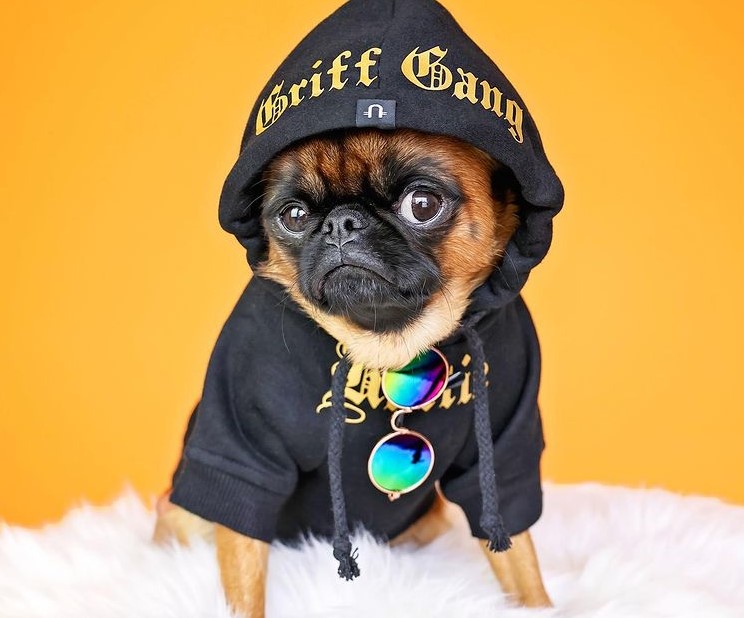 The Brussels Griffon is now considered an ornamental breed, although it was bred for hunting rodents. Dogs have an original appearance and are great little pets. Griffons, although small in stature, is quite brave and strong. Their uniqueness is the ability to climb a tree. They are very mischievous and always prefer to be the center of the owner’s attention. Therefore, the owner should devote enough time to the dog. If a puppy appeared in a family where there are children and other pets, then he will quickly find a common language with them.

Griffons are very attached to the owner, love affection, and attention from him. Loneliness is unacceptable for them. These dogs make excellent companions for retirees. Seniors have enough time to take care of the pet that they need. 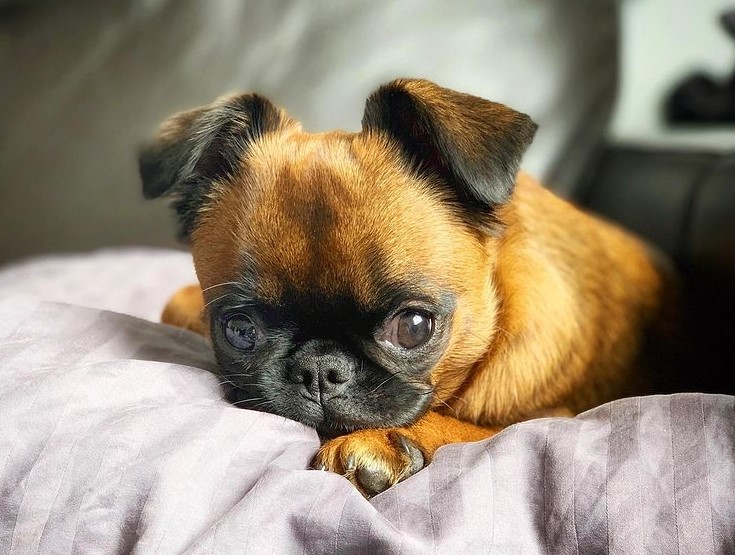 The grooming of the smooth-haired and wire-haired Griffon is different. A dog with a smooth coat does not need to be cut frequently. To prevent the animal from emitting an unpleasant odor, it is necessary to comb out the dead hair several times a week and, if necessary, bathe the dog. An animal with a coarse coat needs more careful grooming. You should comb it out a little more often. After brushing, the coat should be brushed with a metal brush, which will remove any remaining dead hair and help form a new coat.

Wirehaired Griffon can be cut. This procedure helps to facilitate further grooming of the pet’s coat. Grooming is not permissible for show dogs.

Periodically, the animal needs to clean its ears, rinse its eyes. The pet’s claws are trimmed as it grows. Water procedures are arranged for Griffon 1-2 times a month. It is important to examine your dog for fleas and ticks and periodically carry out preventive measures against these parasites. 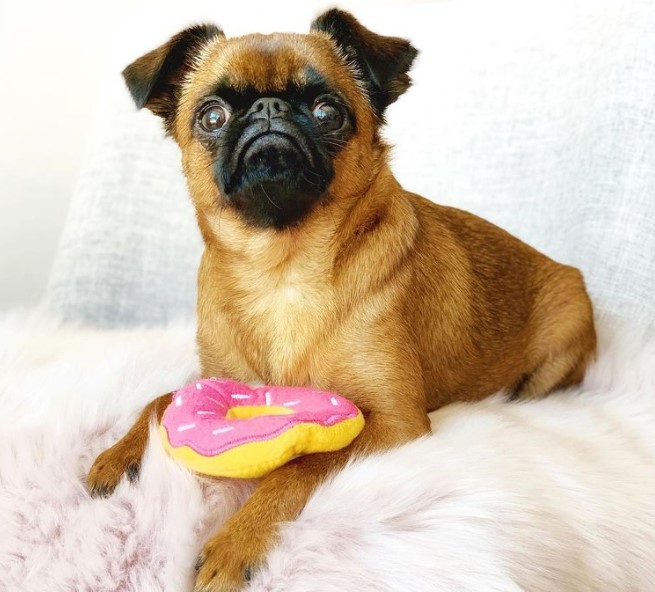 The Brussels Griffon needs a balanced diet that takes into account the necessary norms of protein, carbohydrates, calcium, and phosphorus. For a small dog, fractional food is considered the most acceptable. The number of servings and their calorie content are determined based on the age and activity of the pet. If the dog runs and plays a lot, the food should be high in calories. For a calmer doggie, the calorie content of foods can be reduced. Small puppies and aging dogs should receive small portions more often. A veterinarian will help you to accurately determine the dietary regimen and a set of products, based on the individual characteristics of the dog.

Dog breeders often have a dilemma of how to feed the Griffon: natural food or special food. The main advantage of special dog food is the correct balance of substances. If there is no experience of keeping a Griffon, then it is better to dwell on this particular feeding option. It is important to choose quality feed and comply with quantitative norms. It is believed that dry food can harm the animal to some extent, but this fear is exaggerated. It is much worse if the dog, using natural products, does not receive the number of minerals and vitamins that it needs.

So, the diet of the Brussels Griffon should include: 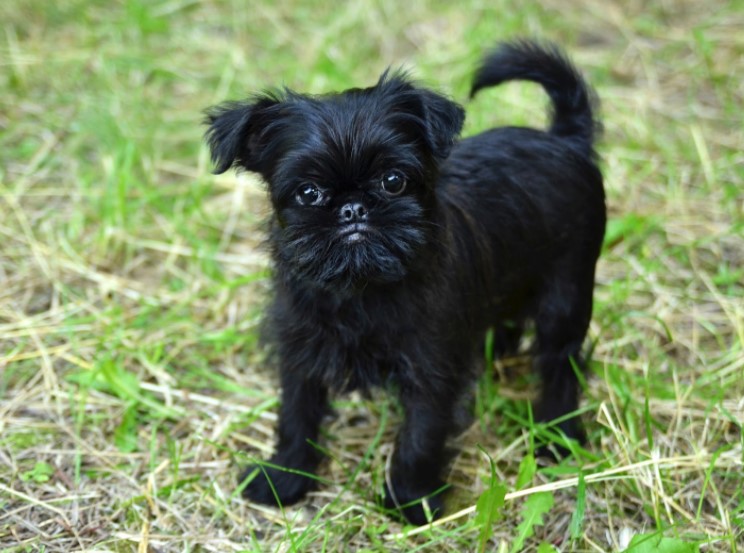 The health of the Brussels Griffon is good. The pet does not have a weak immune system and does not belong to those dogs that are often sick. The peculiarity of the structure of the bones of the muzzle is associated with the development of specific diseases that are inherent in Griffons.

The main diseases that are common in the Brussels Griffon are: