This noble my lord is considered the “pioneer” of the English hunting spaniel, and accordingly, their ancestor. The ancestors of the English Springer Spaniel are the Norfolk Spaniels, which owe their origin to the famous English breeder and fan of the breed, the Duke of Norfolk. The Norfolk looked like setters, but differed from them in their hunting qualities – first of all, in that they did not take a stand on the game. Norfolk Spaniels were highly valued in the hunting environment, as they were famous for their excellent working qualities and obedient character: they did not show any initiative but did only what the owner said. These agile and hardy dogs quickly knew how to find the game (and approaching it as close as possible) even in the densest thickets, moreover, they were not at all afraid of shots. 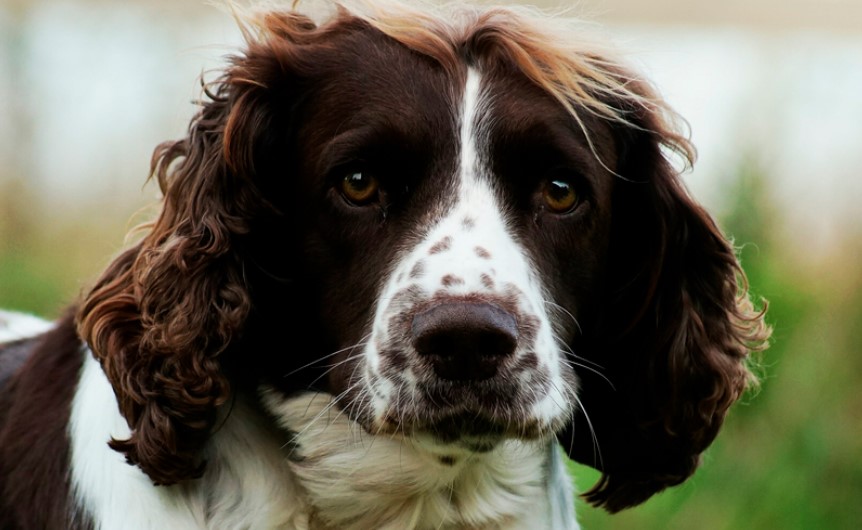 At first, “early” Springer Spaniels were used for falconry, but despite the fact that they are officially considered hunters by the pen, these talented dogs are universal hunters: for example, they can even bring a fox to their owner (and do it very carefully) or with successfully participate in hunting on the water. By the way, these creatures simply adore water – they are ready to swim and flounder for hours. Since 1902, the Norfolk Spaniel, “refined” to the limit, was renamed the English Springer Spaniel. At the same time, the breed standard was adopted. By the way, the word “springer” in English means “jumper”, so this breed has a self-explanatory name that characterizes the hunting style of this dog – it is by jumping (and by no means using his voice) that he scares the game out of the bushes. The movements of this noble jumper are full of grace, nobility, and elegance – this is really an “intellectual” hunt, and not a stupid pursuit of game, hanging his tongue on one side. Today the English Springer Spaniel is considered to be stronger and more efficient than other spaniels. Since 1903, fans of the breed were divided according to their interests and divided the breed into two types: hunting and show dogs. Show type Springer Spaniels have a longer coat and are slightly larger than their hunting counterparts. Later, a third, so-called “American” type of breed appeared, which is distinguished by its vivid appearance: chic long hair, large spots instead of the traditional speck, a high-set neck, and a shortened muzzle. English Springer Spaniels have always been in demand and popular in their homeland, but the real boom for these dogs happened after the Second World War. Having this dog was considered insanely fashionable and prestigious. Now in the UK, there are about 11 thousand representatives of this breed. This four-legged hunter has a compact and light build, but at the same time, it is quite strong and strong. Its height at the withers ranges from 46 to 56 cm, weight – 18-25 kg. He has an oblong head, long drooping ears with a dewlap, a low-set tail, brown or dark brown expressive shiny eyes. The coat of these English jumpers is silky to the touch, straight, elongated on the ears, belly of the chest, and back of the legs, and quite thick, which allows them to be protected from the weather and insidious thorny plants. Any color is allowed, but reddish-brown with white spots is considered traditional, white with black or dark brown spots or tan markings is also often found. In solid colors, white spots are undesirable. The English Springer Spaniel is not only a good hunter but also an ideal “family man” – kind, calm and affectionate, always ready to chat, play with children or fulfill your request. He is very friendly and will wave his tail in a friendly way when he greets your guests. This dog does not like being alone, so spend as much time with him as possible. He is very understanding and obedient – so you don’t have to spend a lot of time teaching him “wisdom”. Provide your pet with daily active walks and carefully monitor his diet: he tends to quickly gain excess weight and, without sufficient physical activity, risks becoming a fat man.