A person tired of the busy rhythm of modern life, everything often seeks to find a faithful dog companion. At all, it is not necessary that she serve, carry out work commands, solving specific problems. On the contrary, often people want to have at home just a faithful, cheerful friend who at any time, meet from work, entertain. Although such pets also perform special functions – as guide dogs, therapy dogs in various complex situations, assistants for people with disabilities.

A representative of this kind of dog is the Goldendoodle, the result of crossing a Golden Retriever and a Poodle. Per for several decades, the dog has become one of the most popular varieties of dogs in the USA and Canada. 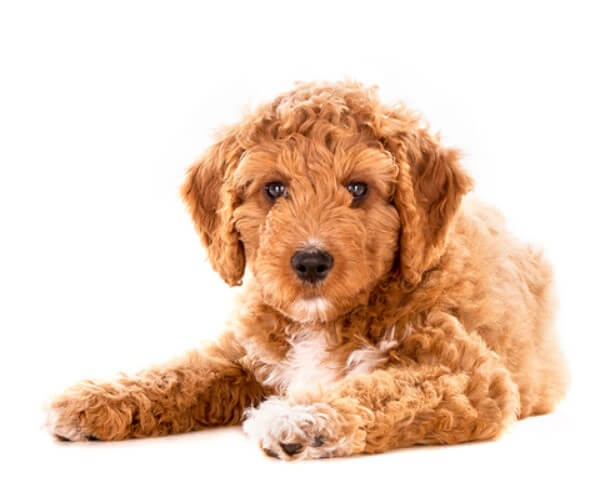 A Goldendoodle is a dog with a smile on its face. This is the brightest feature of the animal. The expression on her face, a slightly protruding pink tongue – everything speaks of good character and desire to make friends. The growth of an average specimen is from 35 up to 65 cm.

Weight from 11 to 34 kg. Even in one litter, there can be absolutely different results, both in size and color. The main distinctive features – luxurious soft fur all over the body. The color of the coat can be cream, golden, white, red, brown, copper, black, but most often monochrome. Only the ears and tail may be darker, but the same shade. The hair structure slightly wavy, the coat is not as curly as the Poodle. 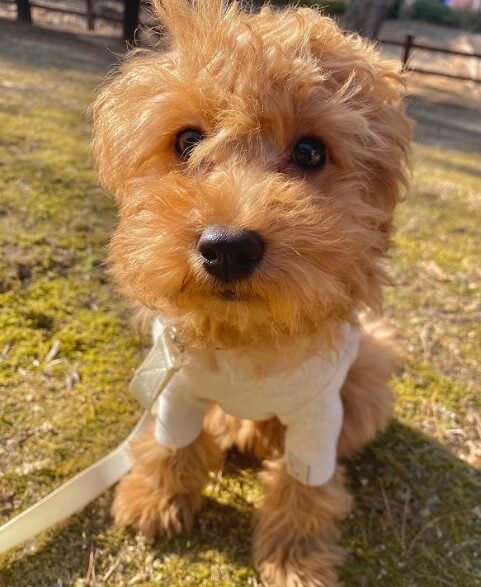 The temperament borrowed from the Golden Retrievers characterizes Goldendoodle as a companion dog, as indicated by her playful, kind, and inquisitive nature. Activity and sociability make this breed a central element in the home. This is evidenced by her desire for communication and attention. The patience of this breed knows no boundaries, therefore, in families with small children, it is a nanny dog, whose kindness will not allow to harm the child. This same quality allows her to coexist peacefully with other pets at home. 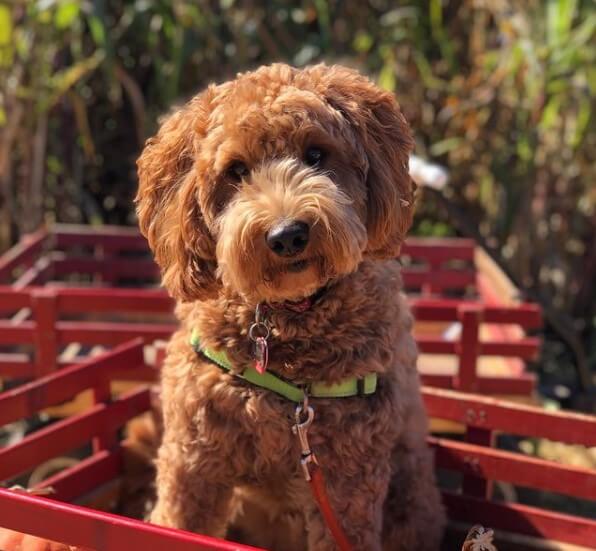 The emergence of Goldendoodles was the intention of breeders to breed such a breed, whose coat would not cause allergies, and the predisposition to genetic abnormalities and shedding would be minimized.

As a result of incessant experiments, in 2002, a new miniature species of this breed was bred, obtained as a result of mating a Golden Retriever with a Toy Poodle. But at the moment this breed has not won the status of a “pocket dog”. Also, despite all the efforts of the breeders, this breed is not recognized by kennel clubs today, but the “Goldendoodle Association” founded in North America contributes to its standardization. 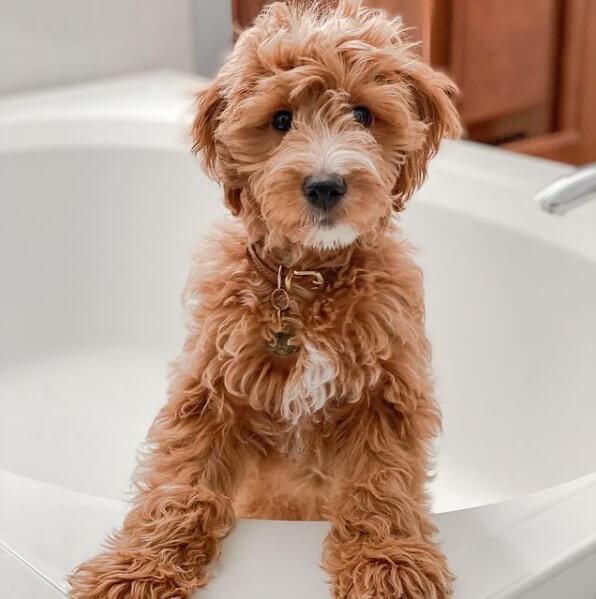 Wool Goldendoodles has average indicators of “ancestors” – shaggy with curls. Like Golden Retrievers, this breed has no undercoat, which is reflected in the absence of such a phenomenon as shedding. Despite this, the need for constant combing remains. These actions prevent the formation of tangles and make the appearance more presentable. It is necessary to accustom the puppy to this unpleasant procedure as early as possible, and it is necessary to comb it 2-3 times a week using a comb with rare teeth. The best option for taking “bath” procedures is once a quarter, but for excessively clean owners, bathing your pet should not be done more often than once a month.

High activity of dogs involves getting dust and dirt in the ears, so ear cleaning should be done at least once every 2 weeks. Cleaning is carried out with a cotton swab dipped in vegetable oil. In order not to encounter diseases of the pet’s oral cavity, the dog’s teeth must be periodically (at least once a week) cleaned of food debris. An ordinary soft toothbrush is suitable for this procedure, and it is better to use a special “for dogs” toothpaste. Initially, the pet may resist the brushing process, but, getting used to it over time, will allow you to brush better. 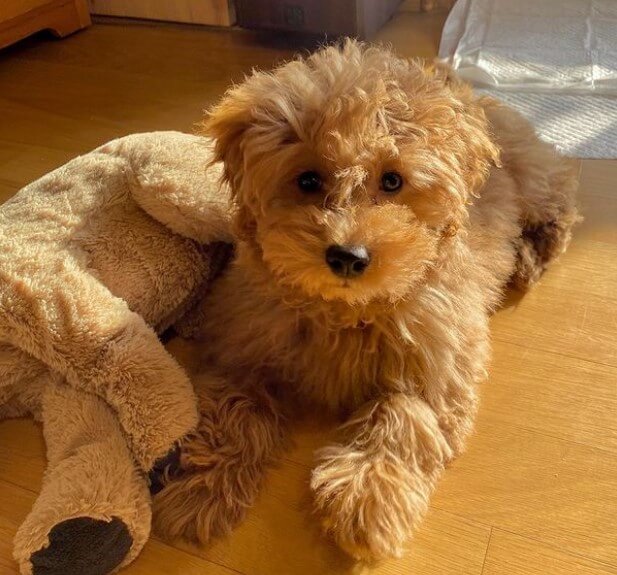 One of the reasons for the breeding of the breed was the desire to reduce the risks of genetic abnormalities, therefore the Goldendoodle breed is distinguished by better health, in contrast to its “ancestors”. Typical diseases of the breed include: 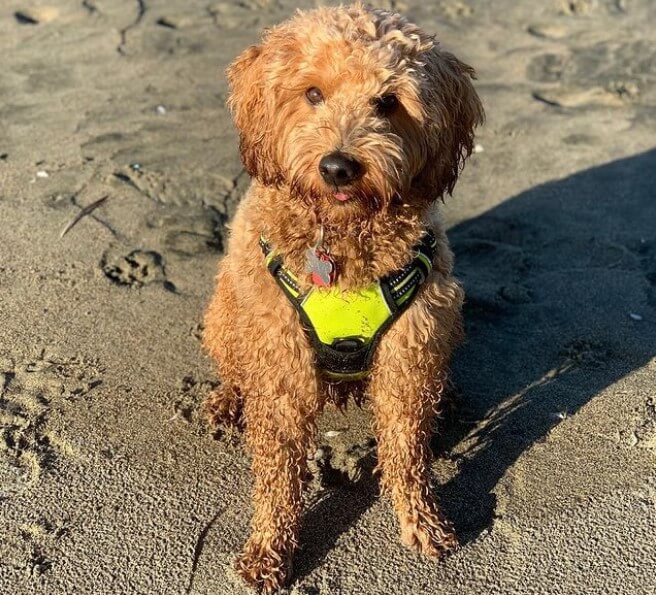 Goldendoodle is a little-known hybrid dog breed with its own characteristics and advantages. A dog of this breed is distinguished by high contact and friendliness, its devotion to its owners knows no bounds, and its patience with small children and other animals gives the breed a special quality – a nanny dog. But the breed also has some disadvantages: a tendency to certain diseases, indiscipline, the manifestation of which can be minimized by the presence of active games, lessons of training, and obedience.