The Labradoodle is a hybrid breed that is deservedly popular. This is a friendly, extremely affectionate dog.
Labradoodle inherited the most valuable qualities from her parents (Labrador and Poodle). From the Poodle got a beautiful hypoallergenic coat, from the Labrador Retriever – an ideal character.

Initially, the main purpose of the Labradoodle was to serve as a guide dog. Later, the scope of using the excellent qualities of the representatives of the breed expanded.
Now it is a therapy dog, a search and rescue dog, a companion for the elderly, and just a pet with endless loyalty and friendliness. 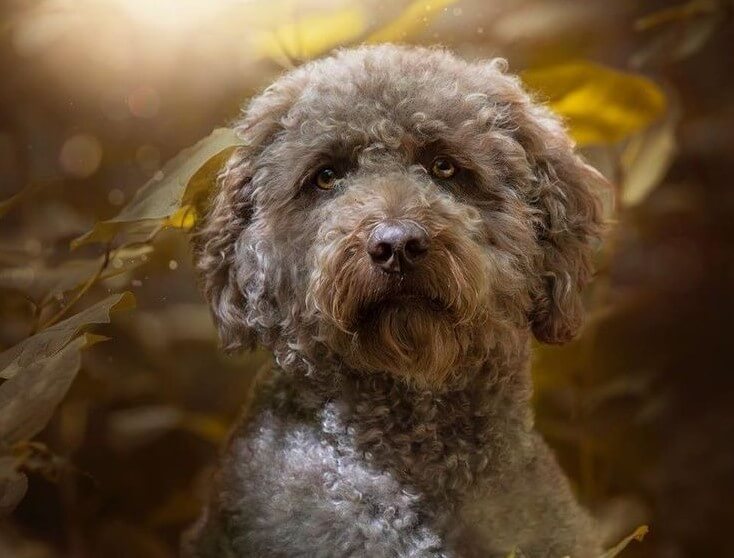 The birthplace of the Labradoodle is Australia, which is why it is often called the “Australian Labradoodle”. The emergence of the breed dates back to the middle of the twentieth century. Cynologist Conron during this period decided to create a dog that would be unusually intelligent, friendly, and hypoallergenic. In his breeding work, Conron decided to use the Poodle and the Labrador Retriever. The choice is excellent considering the breeder’s goal. The fact is that the Poodle is one of the three smartest dogs on Earth, and the Labrador is considered the ideal family dog ​​with an affectionate, friendly disposition.

As a result of crossing these two breeds, a new hybrid species was obtained. In 1955, the creator gave the name to his creation – Labradoodle. Conron has ensured that Labradoodle perfectly combines the learnability of the Labrador and the gentleness of the Poodle.
At first, the Australian Labradoodle was not very popular. But since 1988 he has earned the fame of the ideal guide dog for people who have lost their sight. Since that time, popularity has increased dramatically and has not declined to this day. It is especially appreciated that such a dog is suitable for those who suffer from allergies. Breeders involved in breeding Labradoodles make great efforts to ensure that the specified type of hybrids is officially recognized.

Today, thanks to breeders, joint work is being carried out, the goal of which is to achieve a certain single standard for the Labradoodle breed. From the first day, the representatives of the breed were used as a service hypoallergenic dog. Later, their versatility was revealed. 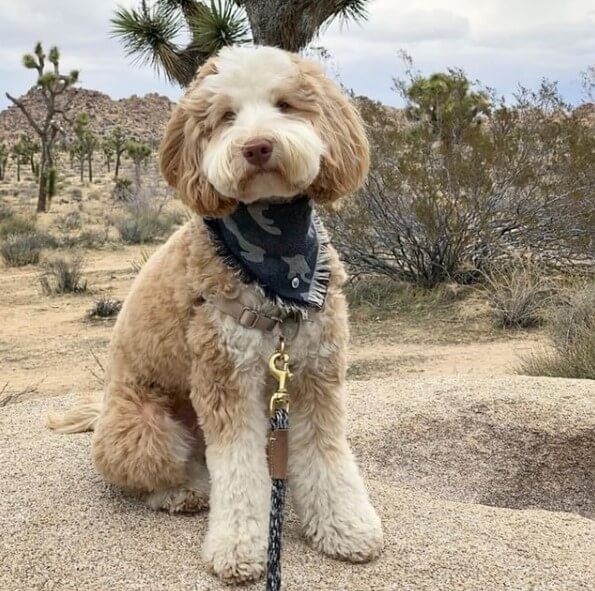 The development and formation of the Labradoodle continue for quite a long time. Years later, breeders still fail to consolidate certain characteristics and establish a single standard for the specified cross. Some representatives of the species are very similar to the Poodle, others inherit almost all the traits of the Labrador Retriever. The ideal result is 50/50. At the moment, Labradoodle is divided into two subspecies, with regards to the breed type:

It is also worth noting that representatives of the breed are divided into three different types, with regards to size: 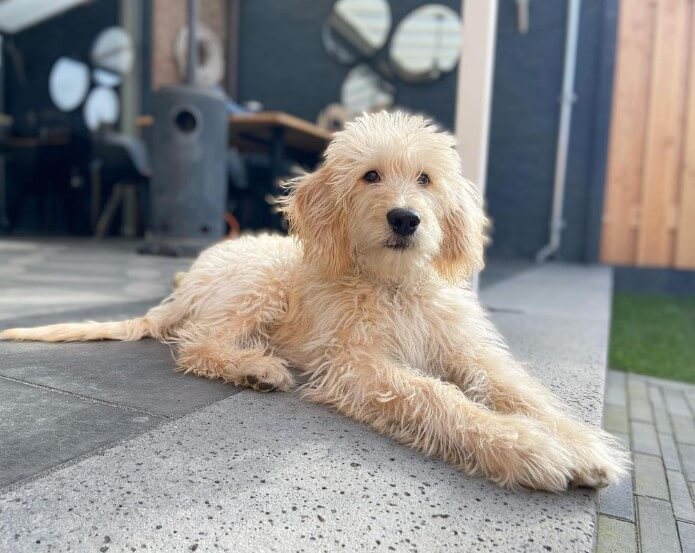 The neck is not too long, which seems shorter due to the curly coat, and has a medium-sized head.
The skull is broad. Hanging ears, rather large. The eyes are round, large, dark. The back is straight, the lower back is strong, the stomach is slightly tucked up. The ribcage is not too bulky. The limbs are rather long, even with a strong bone. The tail is long and sets low. The color of the Labradoodle can be different. Most often there are representatives of the breed with a black, golden, red, silver, chocolate color. Doodle with chalk-colored wool looks beautiful. 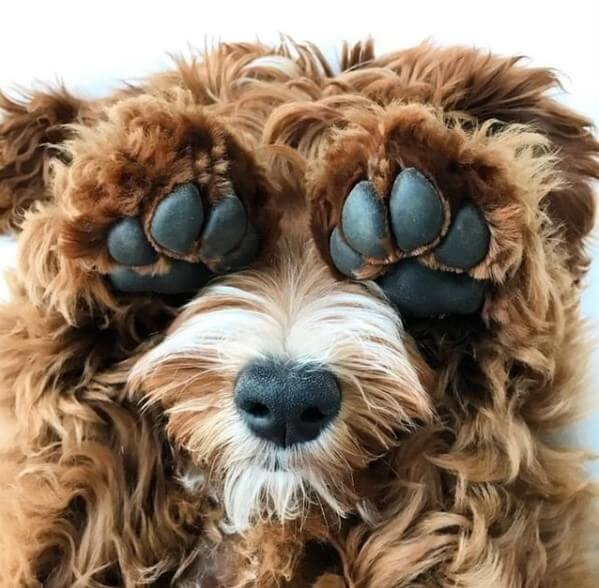 The behavior and character of a Labradoodle largely depend on training, education, and, of course, heredity. A well-mannered and trained Labradoodle is ready to come to the aid of a person every minute. It is an adequate, friendly family dog ​​and a loyal, affectionate family friend.
Doodle quickly adapts in any home, in any family, no matter how many adults and children there are. The dog is equally peaceful, one might say, tenderly treats all household members.
For children, this pet is an ideal nanny, caring and loyal. Labradoodle patiently endures childish pranks, deliberately never offends. Doodle will become a tireless, playful playmate for children of all ages. But it is necessary to follow the rules of communication between a dog and children. Because, due to clumsiness and energy, Doodle can accidentally push the baby. Parents need to teach their children how to handle the pet correctly, do not touch it when it eats, or suddenly wake it up when it sleeps.

Labradoodle gets along well with dogs and other pets. Dominance is not in the nature of the Labradoodle. Labradoodle does not show visible aggression towards strangers. In any situation, it acts adequately. Anger in the eyes of such a dog can only be seen when a family member is in danger. 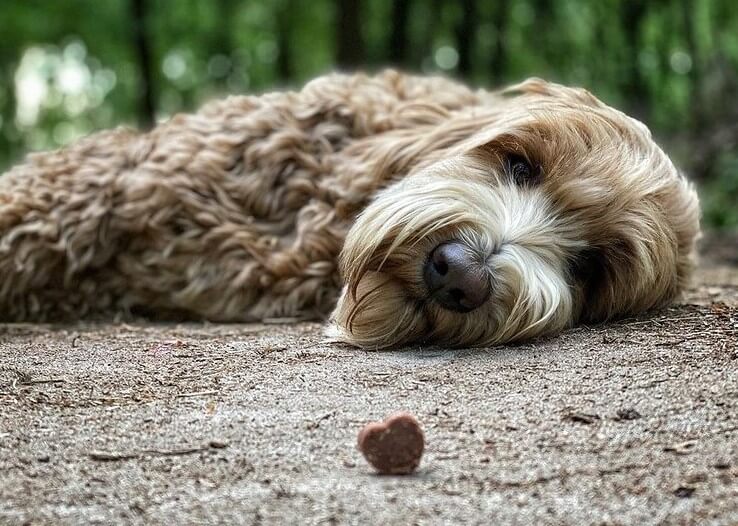 The Labradoodle does not require special care. The following are procedures that will help maintain your pet’s health and beauty: 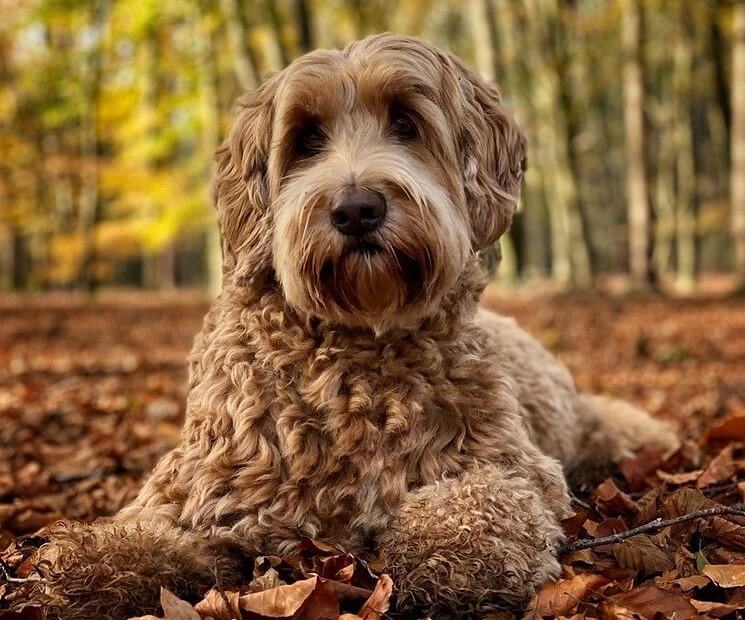 On average, a Labradoodle can live 14-16 years. The specified breed is in good health. These dogs do not suffer from hereditary diseases inherent in Poodles and Labradors (deafness, obesity, cataracts).

Despite its strong body, the Labradoodle is prone to certain diseases:

Monitor your dog’s health closely and contact your veterinarian in a timely manner.