Keeshond is the largest representative of the German Spitz group of dog breeds. These dexterous, intelligent, and loyal dogs were used to guard dwellings, livestock, and in rare cases as gun dogs. The breed was very popular among sailors and boatmen. The modern Keeshond is a companion dog. 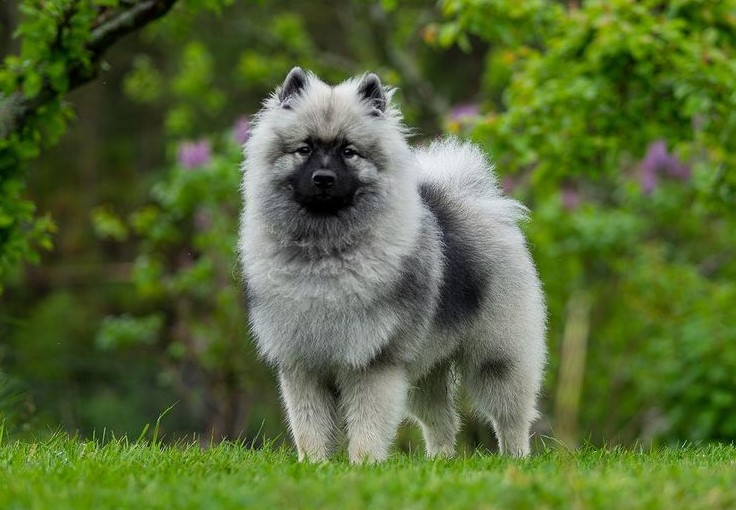 The history of Spitz Dogs, to which the Keeshond belongs, goes back more than one millennium, most likely they descended from ancient peat dogs and later lake dogs, as evidenced by the remains found during excavations on the territory of modern Switzerland. As for the Keeshond itself, they appeared in the Netherlands in the 16th century, but dog handlers do not have a single version of their origin. Most likely, they have the blood of a Samoyed, Norwegian Elkhound, Chow Chow, and Finnish Spitz.

Until the 18th century, in their historical homeland, they were known as “Dutch barge dogs”, since they were brought in more often by boatmen and sailors. Probably, since those “barge” times, the Keeshondas have acquired a funny habit of hiding in a secluded place (for example, in a box) so as not to get underfoot until they are called. In addition, they were kept to guard the yard, outbuildings, and livestock. 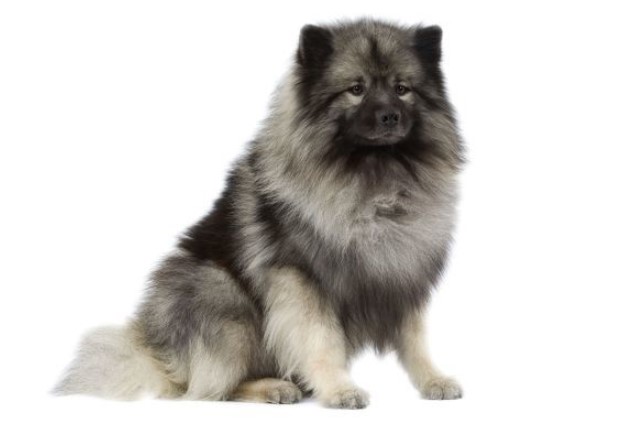 Keeshond is a square dog with a dry, strong constitution. In males, the decorating coat is thicker and longer, and the constitution is somewhat heavier than that of females. Height at withers 45 to 55 cm, weight up to 30 kg. The coat is straight, long with a very dense, long, and soft undercoat. The decorating hair forms a mane and puffs on the legs and tail. Color: zone gray.

The head is wedge-shaped, in proportion to the body. The stop is moderately pronounced. The muzzle is thin, tapering towards the tip of the nose. The nose, lips, eyelids, and nails are black. The ears are small, triangular in shape, erect, set high and close to each other, slightly tilted forward. Strong teeth in a complete set, scissor bite. The neck is of medium length, strong. The back is straight. The loin is slightly arched, moderately broad. The croup is slightly sloping. The tail is set high and slung over the back. The chest is deep. The belly is tucked up. The front and hind legs are straight, parallel. Movement is free, light, slightly springy. 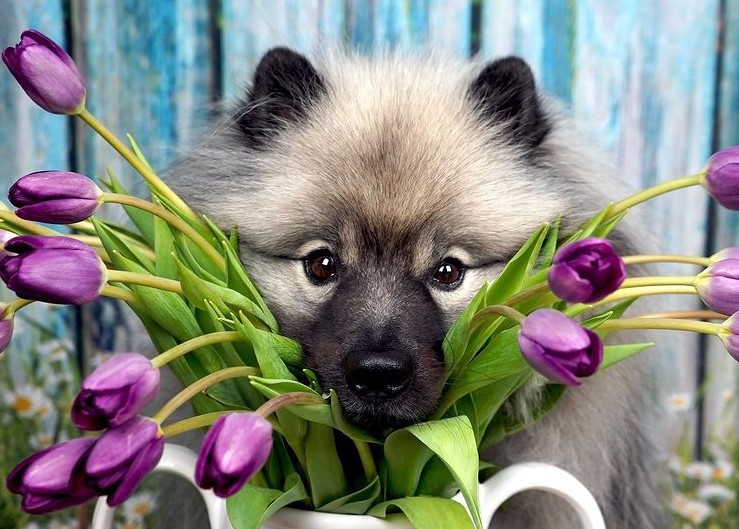 Balanced, docile, sociable, friendly, non-aggressive, and non-intrusive – all these qualities are inherent in one breed. Keeshond is a real companion, attentive, agile, and very attached to their family. They try to do everything to please the owner, feel the mood of the person, and empathize.

Dogs of this breed are distrustful of strangers and will always warn with loud barks. The proverb: “Barks loudly, but does not bite” to some extent characterizes this breed, with the difference that if one of the family members is in danger, the Keeshond will bite without delay. They get along well with other pets. They are very affectionate towards children and tolerant of any of their pranks. All these qualities make the Keeshond a real family dog. 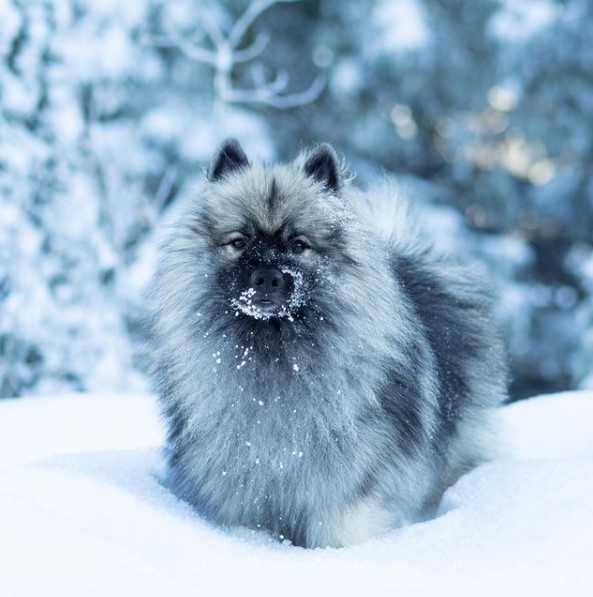 This breed is kept both in an apartment and in a private house. The breed is distinguished by its endurance and easily adapts to the surrounding conditions, of course, this does not mean that the dog needs to be driven out into the yard in severe frosts or left in the scorching sun.

Keeshond maintenance is laborious. Brush the dog out at least a couple of times a week. You can bathe your pet once a month. After water procedures, the wool must be dried with a hairdryer, if you leave the undercoat wet, there is a risk of developing fungus on the skin. In caring for a dog, combs with different lengths of teeth are used for certain areas on the body, shampoos, and conditioners with antistatic agents, as well as a special spray that prevents the fur from knocking into tangles in the areas behind the ears, in the groin and between the fingers. As necessary, the dog’s ears are cleaned using special lotions, and claws are clipped. The breed does not need a haircut, only preparation for the show sometimes includes leveling the coat and light thinning to give a neat look. 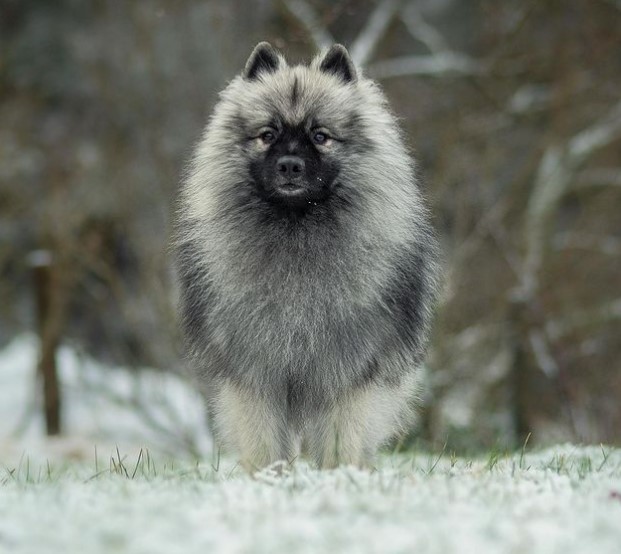 Among the modern abundance of ready-made feeds, it will not be difficult for a dog to find the right one, given the age and physiological state. If desired, the pet can be fed with natural food. Of course, not from the master’s table, but prepared especially for the dog. Rations can be obtained from breeders or veterinarians.

Keeshonds are tough, hardy breeds. They are practically devoid of pedigree diseases, one can only note a certain tendency to heart ailments in old age and dysfunction of the thyroid gland or adrenal glands. Epilepsy is very rarely recorded. The average life expectancy is 14-15 years, but there are also real centenarians.