The Leonberger is a large dog with a formidable appearance and a kind soul. The breed is originally from Germany. Recently, these dogs have become more and more popular. The reason for this is their attractive appearance, good character, and desire to obey the owner. 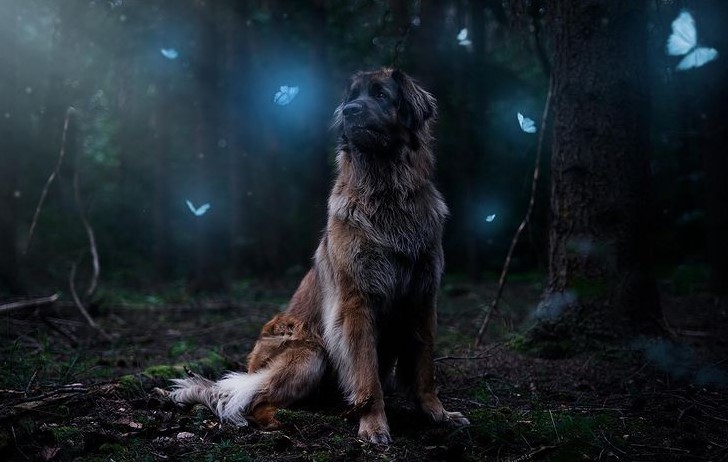 The Leonberger breed is relatively young. Work on it began at the end of the 1830s. The father of the breed is Heinrich Essig, an official from the city of Leonberg, who, moreover, was a dog handler and a good breeder. Heinrich decided to breed a breed that would immortalize the name of the city and resemble a lion in appearance because it is this animal that is the symbol of Lemberg and is depicted on the coat of arms.

The new breed appeared when Heinrich crossed the Landseer (a black and white Newfoundland variety) with St. Bernard. Later, Pyrenean Mountain Dogs took part in the formation of the breed. Initially, the Leonbergers were predominantly white in color. They absorbed the best qualities of the original dogs and quickly gained popularity, especially in the high society circles to which their creator belonged. At the end of the 19th century, Essig dogs were widely used throughout the district in guard and draft work. Wars and the post-war period of the 20th century negatively affected the breed. Very few true Leonbergers survived, but thanks to the efforts of enthusiasts, they were saved. 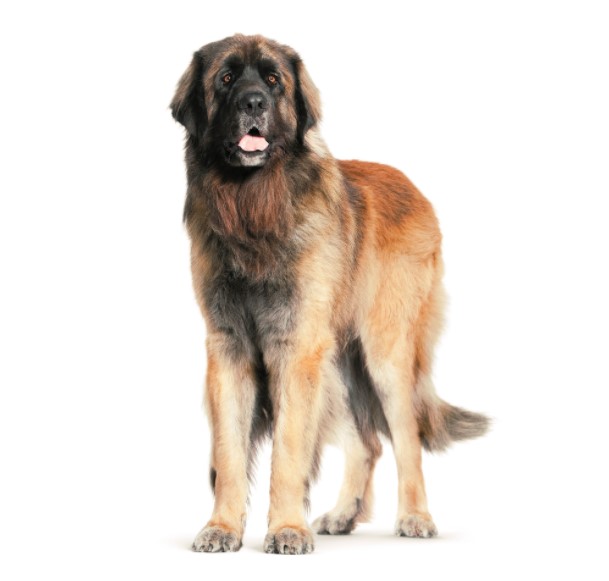 Leonberger, as planned, turned out to be a large, strong, muscular dog. At the same time, he is elegant and handsome. This dog is distinguished by a strong proportional build of an almost square format, the length refers to the height as 9:10, the depth of the chest is equal to 1/2 of the height at the withers. The height of the males is 72-80 cm, and that of the female is 65-75 cm. Weight is not defined by the standard.

The head is rather extended. There are no folds on the forehead, the skin fits tightly everywhere. The skull is slightly arched, massive, but not heavy, in proportion to the body. The width at the back is much greater than at the eyes. The stop is distinct, the muzzle is rather long and blunt. The bridge of the nose is of the same width along its entire length. The lobe is slightly convex, black. The lips fit tightly, the corners do not sag. The jaws are strong, the bite is correct. The eyes are brown, oval, medium size, set neither close nor far.

The neck merges smoothly into a well-defined withers without dewlap. The back is straight and wide. The croup is smoothly rounded, falling off in relation to the tail. The chest is deep, massive, oval in shape. The bottom line is slightly tucked up. The tail is covered with adorning hair, hangs down the instance, slightly curved in motion, but does not rise above the topline. The limbs are strong, well-muscled, and set correctly.

The coat is from coarse to moderately soft, very dense, close to the body, never parted on the back. The contours of the dog should not be hidden, despite the dense undercoat. The slight waviness of the topcoat is acceptable on the chest. The decorating coat is well developed, the collar is especially pronounced in males. Feathering is also present on the fore and hind legs. Colors: yellow, red, sand, as well as their intermediate combinations. Any color must be complemented with a black mask. A white spot on the forehead, chest, and white hair on the toes is acceptable. Dogs have a lighter color on the underside of the tail, feathers, belly, and collar. The topcoat may have black tips. 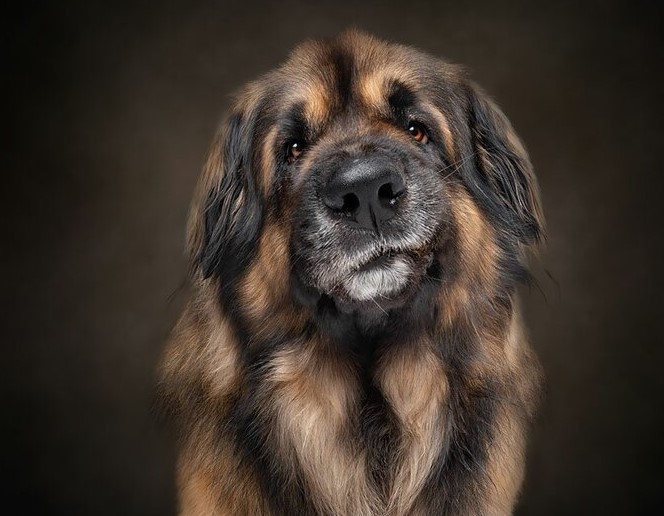 The Leonberger has earned a reputation as an ideal house dog, with which no difficulties arise either at home or on a walk. He is friendly, including to children, not shy and not aggressive, in any life situations he remains a fearless and obedient companion.

Mandatory qualities of Leonberger’s character are self-confidence, self-esteem, desire to obey, immunity to external stimuli, good memory, and ability to train. These dogs have a playful and lively temperament.

Dogs do an excellent job of being watchdogs and companion dogs. This breed has a lot in common with St. Bernards and Portuguese Mountain Dogs. They are very smart, responsible, they will never harm their owner. Thanks to all these qualities, as well as the ability to navigate the terrain well and adequately respond to extreme situations, wonderful security guards come out of Leonberger.

Leonberger values ​​and loves the family in which he lives is devoted to her and at the cost of his life will protect not only one owner but all his relatives. At the same time, the dog is balanced and calm. The dog is able to appreciate her power and will never offend a kitten. Such a dog will not bark unnecessarily. 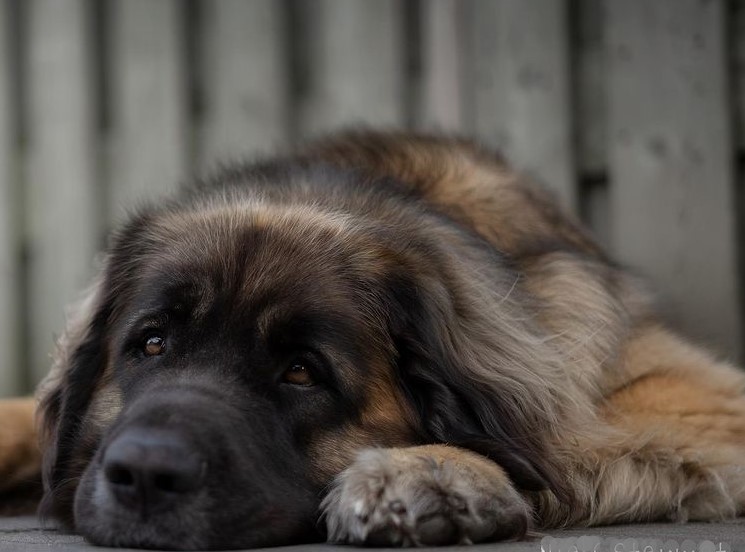 Leonberger is a moderately active animal. He will calmly and unobtrusively be near the owner, but he will become playful like a puppy when he is invited to take a walk. True, not for long – a large dog gets tired quickly. These dogs are not suitable for long cycling trips, but if properly trained, they can keep the company on a light run.

Dog care is not easy. Even such a simple procedure as combing will have to spend a lot of time. Leonberger is rarely bathed, usually once every 3-4 months, sometimes more often, if necessary, or an exhibition. Once every 2-3 weeks, Leonberger’s ears are looked into and cleaned if necessary. 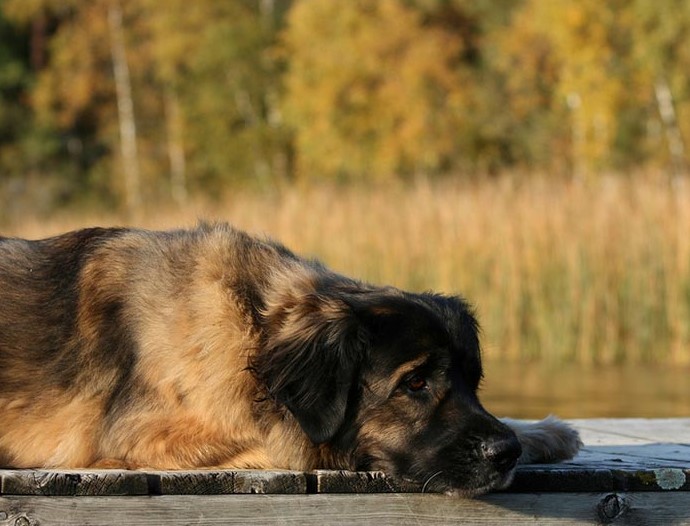 Leonberger dogs are very hardy dogs. Around the world, work is underway to maintain excellent health and good immunity in dogs. Unfortunately, some of the diseases to which large breeds are prone are difficult to avoid. These include:

At a young age, Leonbergers are susceptible to infectious diseases and do not tolerate helminthic infestations, so it is very important to carry out all veterinary preventive measures in a timely manner. Life expectancy is usually 10-12 years.