The Lhasa Apso is a stubborn, confident, affectionate, and calm dog. He is very close to his owner. He prefers adults rather than children, although he is also very good with younger children if you treat him fairly and with respect. He loves to go out and play outdoors.

Interesting Facts About The Lhasa Apso 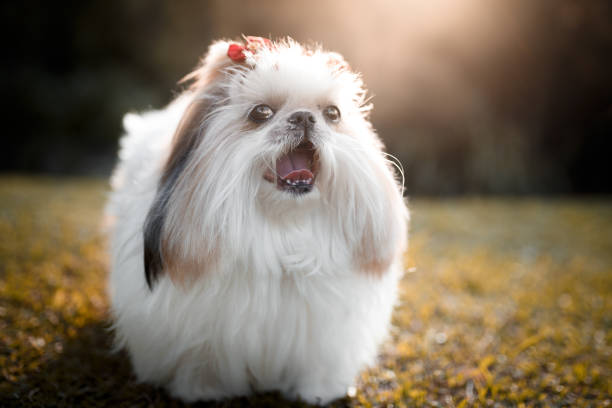 The Lhasa Apso loves to be close to their family and tends to be reserved and wary of strangers. He is a good watchdog who will bark as soon as he notices a stranger. He can be left alone for a few hours while you are at work. He is happy when he is at home most of the time but still needs his daily walks. When you are outside with him, you should keep him on a leash.

He is very jealous of other dogs, although if raised with them he will be tolerated by you and other pets. He’s not easy to train. He is often independent, and strong-willed and will often wonder why he should do things for you that he doesn’t like. That’s why he’s not completely housebroken. Even if he is not completely obedient, with a lot of patience and determination you will achieve a positive development in training with him. If you own a Lhasa Apso you will notice that they shed very little hair.

Optics of the Lhasa Apso

His coat should be brushed regularly to prevent wiring and tangles in the coat and trimmed short every few months.

Origin of the Lhasa Apso

The Lhasa Apso was first sighted in the Himalayas as a guard dog for the nobility in monasteries near the city of Lhasa, Tibet. At first, he was known as the “Bark Lion Sentinel Dog”.