The Persian cat is considered almost the most glamorous breed in the feline family. Her beautiful appearance, sweet face, slender body, and calm demeanor are simply overwhelming.

A large number of people around the world want to acquire such a cat.

Persians are a very domestic breed. These are the most patient representatives of the species: they allow themselves to be washed, scratched and cleaned completely calmly. They are very mobile, if you play with them, they gladly run after the ball, catch insects.
According to the main feature of the breed – a flat nose – two types are distinguished: extreme – the nose is very small and very upturned, classic – a relatively long and slightly upturned nose. 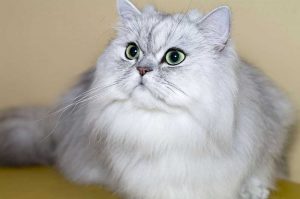 The official history of the breed began in the 18th century when the ancestors of these cats were brought to Europe, according to some sources, from Persia (Iran), hence the name. Subsequently, the animals came to England, where at the end of the 19th century. began to purposefully carry out breeding work, during which the Persian and Angora types of long-haired cats were identified. In the 1970s. in America, there were many kennels, which entailed several changes in the breed, and not for the better. About 20 years ago, specialists managed to breed a typical, standard, healthy cat.

Persian cats are distinguished by a soft facial expression, a flattened muzzle, thick hair, a short and snub nose, and a massive head. Taken together, it looks very cute. It is the Persian cat that is the most popular breed in Russia. Almost nothing is known about the early history of this animal. There is only the fact of their appearance in the Victorian era.

Now the Persian cat is divided into two types: ordinary and decorative. The decorative Persian cat has a roundish head, small ears, a flat nose, large round eyes, a curly tail, and a small (but voluminous) body. The common Persian cat is also chubby, but its nose is longer. Both have glamorous coats adorned with different colors and patterns. The sweet and gentle look of the Persian cat is simply mesmerizing. And the melodic voice makes us feel touched by her. 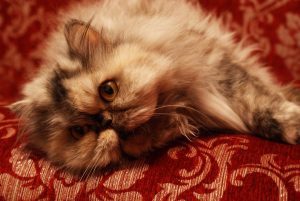 As a result of centuries of selection, people managed to breed a Persian cat. In other words, we can say that humanity has created an ideal animal for itself. The Persian is considered a calm, not stupid, and very affectionate animal. They are very much attached to the person and his family. They support in every possible way in difficult times and have fun with their master.

The Persian loves to hug and snuggle up to the host’s body. He is curious about any details and objects that he doesn’t understand. He will not climb curtains and wardrobes like a climber, or rush around the house like a madman. On the contrary, the Persian loves calmness and humility.

If your family is very noisy, then the cat will need some time to adapt to this and feel comfortable.
The beautiful appearance of a Persian cat requires constant care. Its owner needs to constantly comb the coat and bathe in warm water. If done on time, you can avoid scraps of wool scattered around the house.

Persians take a bath calmly, without much resistance, so it will not be difficult for you to bathe your pet.

Very often, a Persian cat has health problems, but this minus is overridden by her beauty and grace.

When choosing a kitten, people most often want to take a female, believing that she is more affectionate and flexible. However, this behavior is not typical for Persian cats.
Male Persians are much more affectionate than female representatives, who are self-reliant, independent, and often busy with more important matters than communicating with the owner. 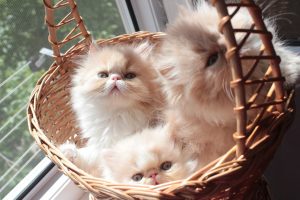 The Persian breed is one of the most difficult to care for. Every day, long hair should be dusted with talcum powder or a special chalk-based powder, and then carefully combed out with a brush. Besides, the cat should be bathed regularly.

This breed has two significant defects that have arisen during the selection process:

A very short flattened nose with a curved nasal septum, which interferes with breathing: cats constantly snore and even snore.
The second defect is a problem with the lacrimal glands. Because of this, the mucus accumulates in the eyes, which must be removed regularly.