The Rat Terrier is an American breed of dog that was originally used to trap rodents. Today they are more often taken as companions. The Rat Terrier can be small or medium in size, energetic, loyal and obedient. 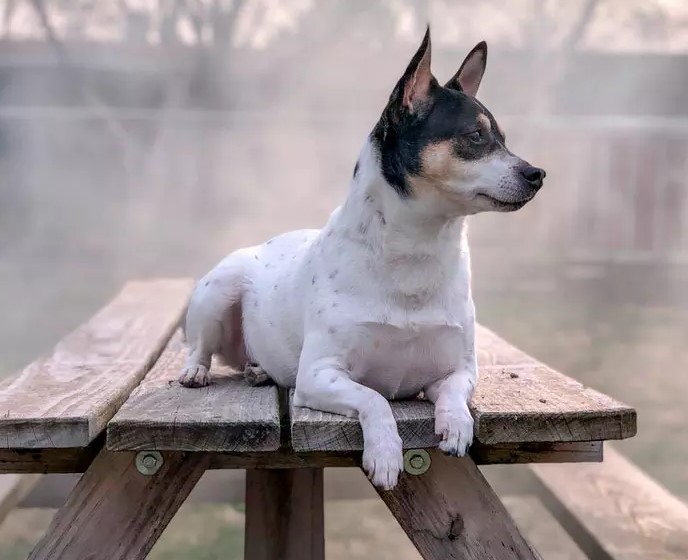 There are many gaps in the history of the Rat Terrier. It is known that most of the small rat-catcher dogs were brought to North America by emigrants from Europe. In addition to their main purpose (hunting for small animals), they were used to bait rats. Over time, dogs began to actively spread among landowners and mix with other breeds. At the beginning of the 20th century, Rat Terriers were purposefully bred to combat rodents. Crossbreed mainly Fox Terriers, Bull Terriers, Manchester Terriers, and Old English White Terriers.

In the 1920s and 40s, Rat Terriers became very popular with farmers, but the use of rodenticides and the commercialization of farming in the following decades led to a sharp decline in the population. Thanks to the efforts of enthusiasts, the breed was preserved, and the great genetic diversity contributed to the preservation of good health. Today, Rat Terriers are popular not only as companions but also as working dogs in some states. In addition, they are used by the police as search dogs and canis therapists. The American Hairless Terriers once descended from the Rat Terriers. 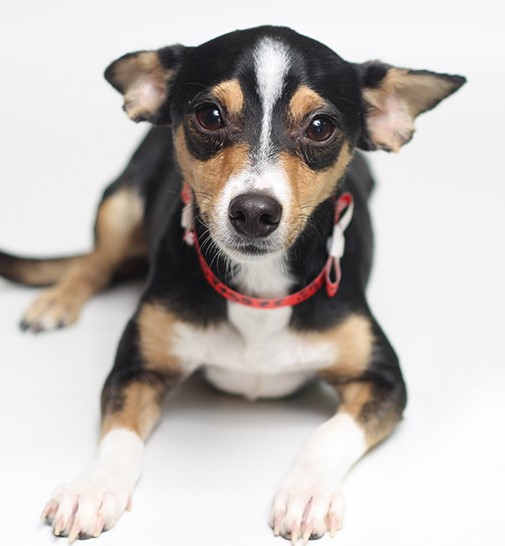 The Rat Terrier is a small smooth-haired dog of proportionate build. The breed is presented in two height variations:

The head is in the form of a blunt wedge. The eyes are small, set wide apart, oval in shape. The ears are set high, v-shaped with pointed tips, erect or bent at the cartilage. The muzzle tapers smoothly towards the nose. The lips are thin. Scissor bite. The neck is proportional to the head, dry, flat shoulder blades fit smoothly.

Slightly stretched body. The bone is moderate, the musculature is developed. The skin is tightened. The dog must be in good physical shape. The chest is moderately broad, drooping down to the elbows. The back is straight and firm. The loin is slightly arched. The croup is round. The tail is usually docked between the second and third vertebrae. In its natural form, it can be of various lengths, including congenital bobtail.

The coat is short, smooth, shiny, close to the body. Slight ruff or waviness on the back is allowed. Variegated color: any variation of color spots combined with white. 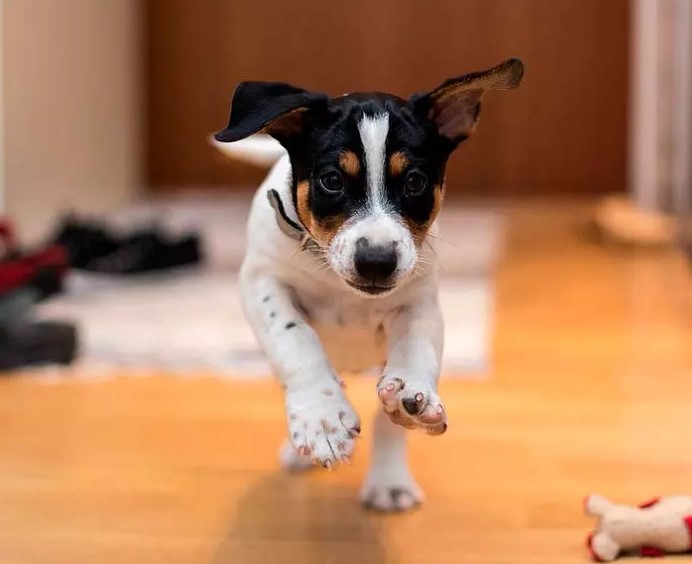 Originally bred as a farm dog, the Rat Terrier is capable of hunting rodents and other parasites above and below the ground, as well as tracking down and catching small animals. He is alert, courageous, loyal, and obedient, full of energy and enthusiasm. Easily learns, gets along well with other dogs. Aggression or shyness is not typical for the breed.

By nature, the Rat Terrier is very social and sensitive. Loyal to its owner. Gets along well with children with whom you can already play. Needs good socialization, especially during the first three months of life. Without proper training, he can be overly stubborn and independent. Watchful qualities are expressed, the attitude towards strangers is distrustful. In mind, temperament, and talents, the Rat Terrier resembles the Manchester Terrier. 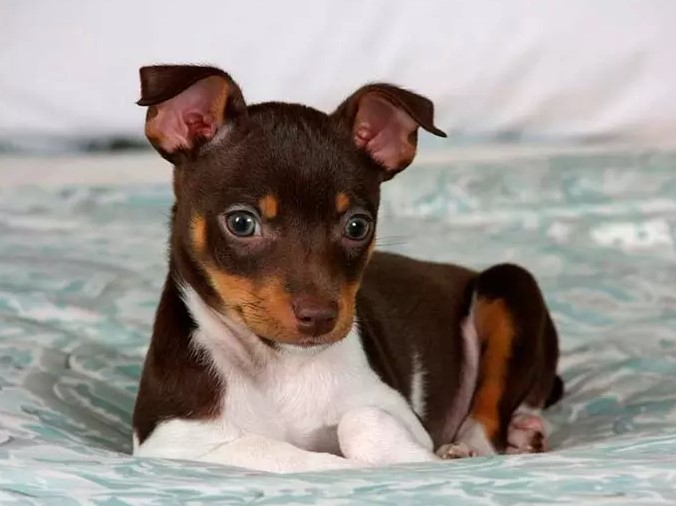 Small Rat Terriers adapt equally well to life in an apartment, a private house, or on a farm. Year-round keeping outdoors in the middle climatic zone is impossible due to the dog’s lack of undercoat and sensitivity to cold. Owners of private houses should also take into account that the dogs are clever in digging and jumping over small fences. To maintain good shape, the dog needs daily active walking for about an hour.

Owners prefer to feed Rat Terriers with high-grade foods above premium for small breeds of dogs that lead an active lifestyle. It is worth noting that some dogs suffer from food allergies and sensitive digestion, and are prone to gaining excess weight.

Care for a small, smooth-haired dog is not a hassle. It is enough to periodically comb the coat with a soft brush or mitt to reduce the amount of hair loss in the house. They bathe every 7-10 days or less. It is important to trim the nails every 3-4 weeks. Ears are cleaned of excess sulfur as it accumulates. Monitor your dog’s teeth. 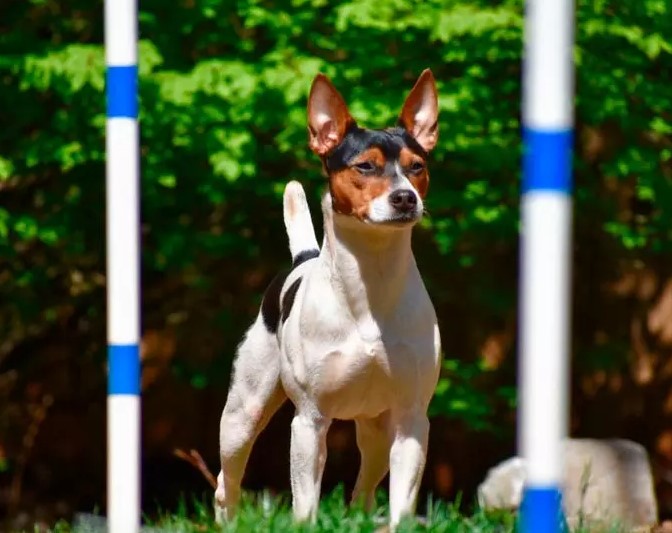 Rat Terriers are small, but very hardy and strong dogs. Life expectancy is 15-19 years. Only in recent years, with the growth and popularity, some health problems that are hereditary have begun to appear: