This Great Dane has become the most unusual patient at the Portland, Oregon Veterinary Clinic. The fact is that they removed 43 pairs of socks from the dog.

A three-year-old Great Dane was reportedly admitted to a veterinary clinic in Portland, Oregon, owners of which complained that their pet had had a significant deterioration in health recently. They clarified that the dog is nauseous, looks lethargic, and refuses to eat.

After the owners of the four-legged patient answered all the veterinarians’ questions and filled out the paperwork, Dr. Ashley Magee took the dog for an X-ray examination. The resulting picture alerted specialists – there were a large number of foreign objects in the stomach of the Great Dane.

“The foreign objects accumulated in the stomach and there were so many of them that they clearly could not be digested,” explains Shawna Harch, an employee of the hospital. “That meant the dog would have to undergo surgery.” 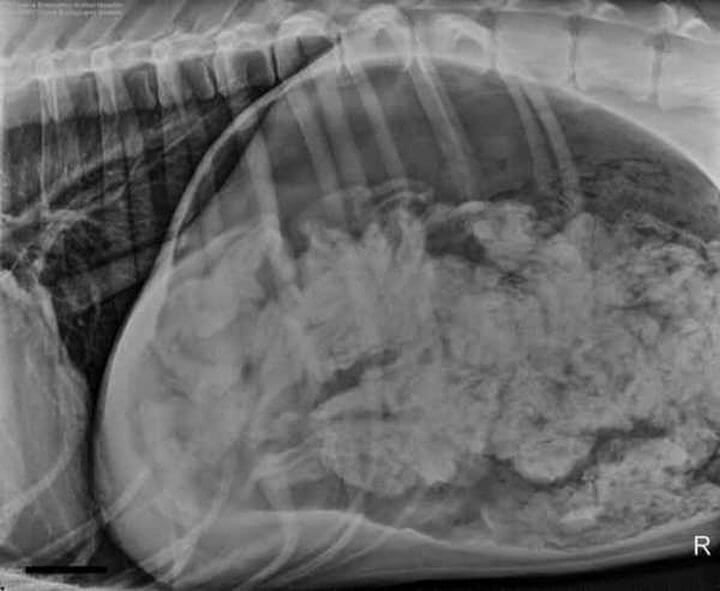 In a conversation with veterinarians, the owners of the Great Dane said that they had no idea what the objects inside the animal were and agreed to carry out the operation. Imagine the surprise of the doctors when they found 43 pairs of socks in the insides of the dog, and then another part of the sock.

When experts told the owners of the Great Dane why he suddenly lost his appetite and showed an impressive collection of socks, they were speechless. The veterinarians emphasized that this was the most surprising case in the history of their clinic and that the patient with strange taste preferences undoubtedly set the record for eating socks. 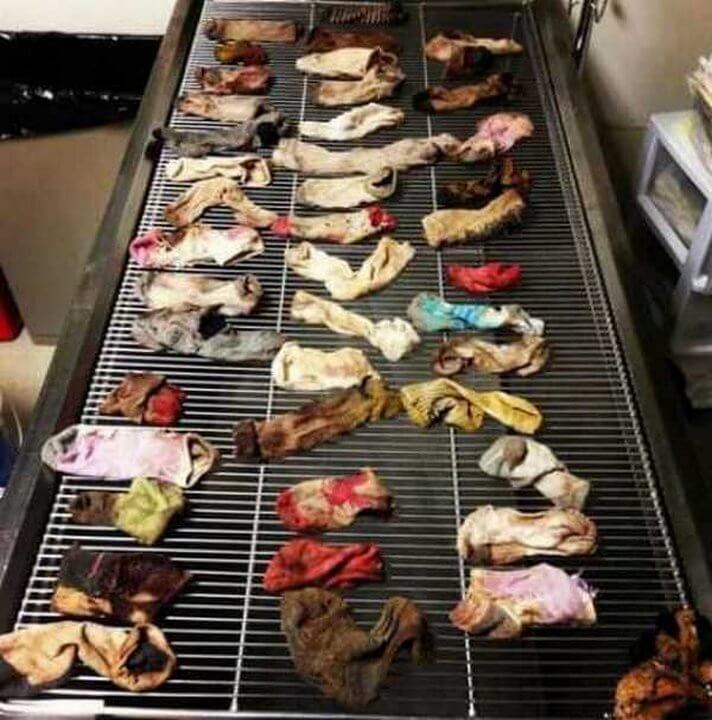 Representatives of the local media expressed a desire to talk with the owners of the “record holder”, but the staff of the veterinary clinic refused to provide their data.

The story became public after doctors submitted x-rays to compete in a veterinarian magazine for the most unusual finds found inside animals. Despite the astonishing amount of socks eaten by the dog, Portland veterinarians came in third.