The Wire Fox Terrier is an active dog. This breed is well suited for those who are ready to be a companion of a temperamental and dynamic pet. 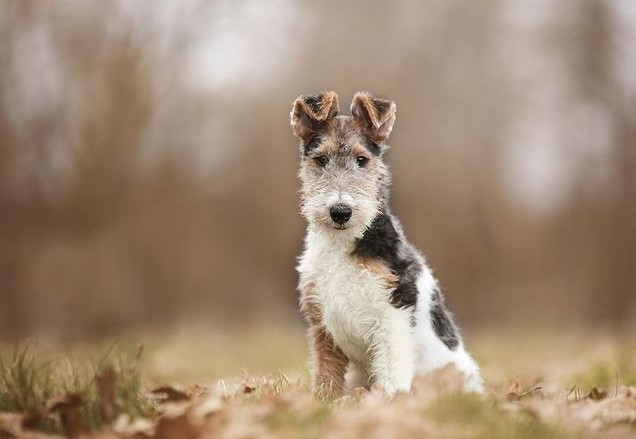 The history of the breed is associated with interesting facts. Dogs of this breed accompanied the monarchs, were artists in the circus, were participants in the first dog shows. Wire Fox Terriers began to be used as excellent hunters in England at the end of the eighteenth century. During this period of the peak of the popularity of hunting, the need arose for a dog capable of pulling a fox out of a burrow. This is how the Smooth Fox Terrier appeared. It is not known exactly when and how the breed was bred. The first Fox Terriers were black and tan. There is a painting dated 1790, which depicts a man of a noble family with a dog that looks like a modern Fox Terrier.

It is known that King Edward the Seventh was a fan of Fox Terriers. His favorite was a dog named Caesar. It was an intelligent and loyal dog. After the death of the king, the dog did not leave the coffin during the mourning ceremony and showed genuine grief. Since the time of appearance, the representatives of the breed have hardly changed in appearance. Through the efforts of dog handlers and breeders, a new variety of Fox Terriers subsequently appeared – Wire. The dog differed not only in the quality of the wool but also in the shape of the skull.

There is speculation that the Smooth Fox Terrier and the Wire Fox Terrier are not actually related breeds. They had different ancestors. Despite this, modern representatives of the breeds not only have external similarities but also temperamentally close characters.

The first Fox Terrier breed club appeared in 1876 in England. It defined the standard for the breed. Since then, he has hardly changed. 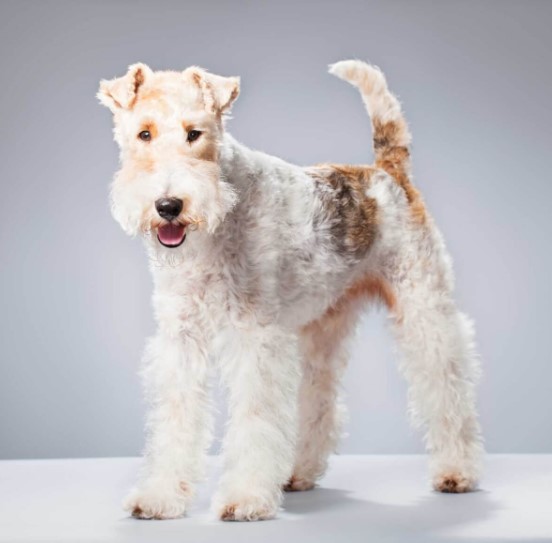 The appearance of the Fox Terrier is absolutely harmonious and proportional. The shape of the skull is flat with a smooth transition from the forehead to the muzzle. The eyes are round and small, dark. Dogs with light eyes are undesirable for breeding. The ears are triangular, rather small, hanging on cartilage, the tips turned forward at the level of the cheekbones. The neck is rather long, strong, extended towards the shoulders. The back is knocked down, muscular and straight. The deep chest ends in prominent ribs. The tail is set high, massive, lifted up, docked. The coat is coarse, short, and thick. The undercoat is soft. On the withers, back, ribs and limbs, the coat is slightly longer. The hair on the back and legs is coarser than on the rest of the body and head. White-black and black-and-tan colors with brown spots are allowed. 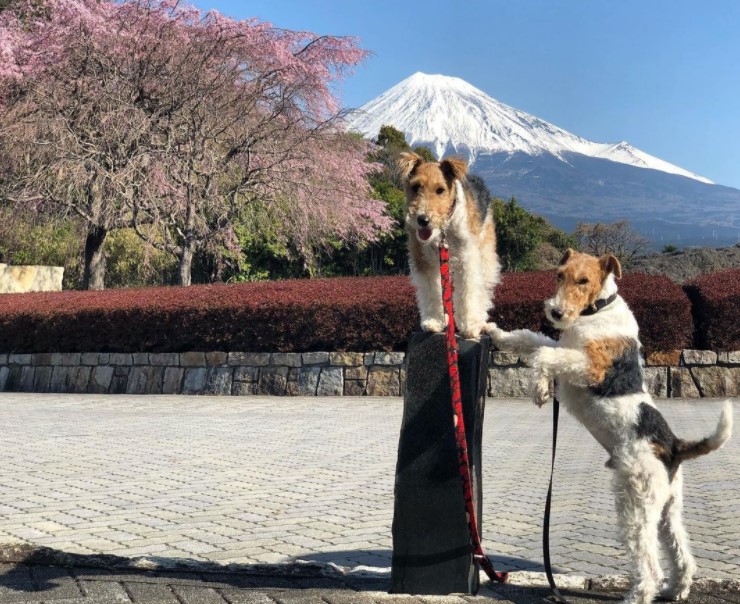 Wire Fox Terriers are born leaders. If they are allowed to dominate the house, they can become simply out of control. The owner’s task is to prevent the dog from taking a high position in the household hierarchy. In the blood of the Fox Terrier lies the search for prey in burrows. Because of this, active dogs love to dig. And they do it not only on the street but also at home. The owner will need a lot of work to wean the pet from digging in the apartment.

When choosing a Fox Terrier as a pet, remember that the dog has hunting roots. Therefore, the habit of hunting cats and other small animals is inherent in her at the level of instincts. To avoid losing your dog in a big city or open area, you should always use a leash. In addition, the active nature pushes the Fox Terriers to rash acts. A small dog can easily hook with a large dog.

Despite this, Fox Terriers are still very popular as a pet. Due to the excessive need to jump and bite, it is advisable not to have such a dog for those who have babies. For an older child, the Fox becomes an excellent friend and companion. Another feature of the Fox Terrier is to bark for any reason. If people prefer silence or live in an apartment building with good audibility, such a dog is not the best pet option for them.

Despite their small stature, Fox Terriers are always ready to fend for themselves. Sometimes it goes beyond what is permissible. If during training you show strength and cruelty towards the dog, it will respond with a growl or an unexpected bite. Despite many personality traits, the Fox Terrier is a good friend. He is cheerful and dynamic, quite inquisitive, ready to play with the owner for hours on end. For an active person, the Wire Fox Terrier becomes an excellent pet. 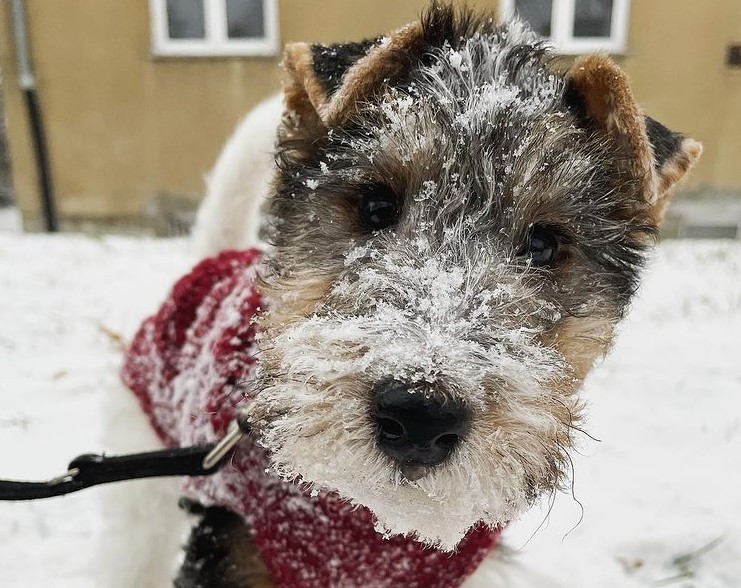 Wire Fox Terriers do not shed actively. To keep the coat in good condition, it is enough to comb the dog 1-2 times a week. In addition, dogs with this coat need to be sheared. To do this, contact a qualified groomer. Due to regular clipping, the Fox Terrier coat can change its color and quality. The hair becomes softer and thinner.

In addition to wool, it is necessary to monitor the condition of the claws and ears. Claws need to be cut as they grow up. Long claws not only interfere with the dog but can cause injury to the owner himself in moments when the dog is actively jumping, showing his emotions. For a Fox Terrier, this behavior is inherent. Ears should be checked and cleaned as needed. 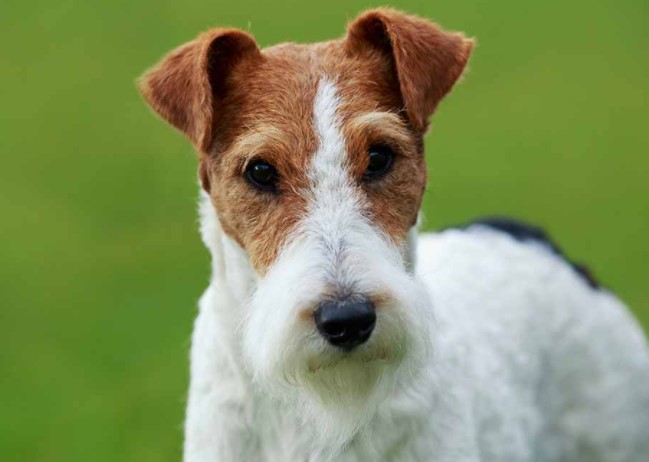 Fox Terriers live long enough. The life span of a dog can be 14 years. In general, they are renowned for their good health and good stamina. Sometimes, nevertheless, the development of some ailments is possible: