The Labradoodle is an intelligent and sociable dog that quickly gained popularity in the USA and Australia. The hybrid breed was made available as a hypoallergenic guide dog by crossing a poodle and a Labrador retriever. The Labradoodle is an amazingly affectionate breed that has gotten the best from two-parent breeds: a lovely temperament from a Labrador, and a colorless coat from a poodle.

Beautiful from all sides, the dog really enjoys its popularity and wide popularity. The Labradoodle, although bred as a hypoallergenic service breed, has already proven its versatility both as an excellent family pet and as a therapy dog. 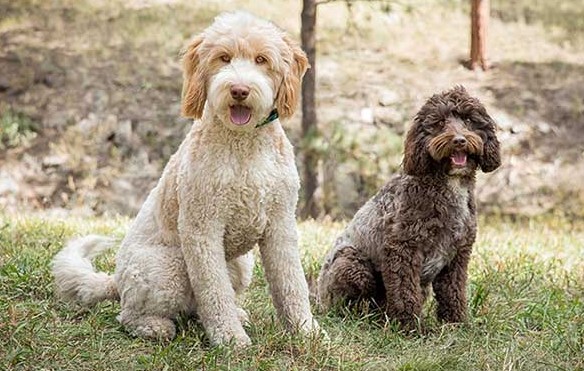 Labradoodle loves to be with the people it loves and will bathe them in its boundless love and devotion. The Labrador’s energy and pleasant disposition of both breeds are likely to ultimately give the breed worldwide fame and top the charts for the most popular dogs.

If you see a calm and quiet Labradoodle while he is curled up at your feet, rest assured that in a moment he may be ready to jump and play with you. Labradoodle does almost everything with enthusiasm, but especially when it comes to learning. He is easy to train, as he is smart and always tries to please (the poodle is one of the 3 smartest breeds). The breed usually gets along well with other dogs and pets. Like a Labrador, he also gets along well with children.

The care of a Labradoodle depends on its coat type. Animals with curly hair are combed often – almost daily. Pets whose fur is closer to that of a Labrador can be brushed less often – a couple of times a week will be enough. During molting – in autumn and spring – this system should be carried out almost every day. 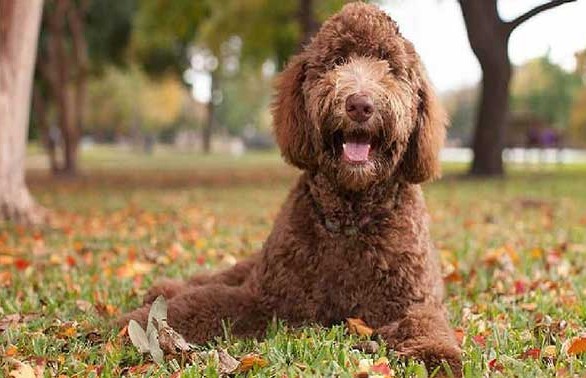 It is important to look after the health of your ears, eyes, and teeth. They must be inspected weekly and cleaned on time. To keep your pet’s teeth healthy, periodically offer hard chewy treats.

Can live in a city apartment on condition of long frequent walks. You should walk with the dog 2-3 times a day. Representatives of the breed are quite active, so you can run and ride a bike with them. In addition, it is recommended to travel with your pet a couple of times a week in the park or in the forest so that he can warm up in the fresh air.

Labradoodle is infinitely loyal to his family, and not just one owner, but all household members. It is suitable for people who have no experience of using with children, the elderly, people with disabilities.