Bloodhound is one of the largest and oldest representatives of the hound order. It is a tracker dog with a phenomenal sense of smell, as well as an unusual image, including long, curled ears and a “flowing” profile of the muzzle.

Balanced, phlegmatic, and quite good-natured dogs. True, one should not confuse the calm temperament of the breed with weakness. Bloodhounds will not allow anyone but children to twist ropes out of themselves. Hounds, of course, are happy to be friends with a person, but as a comrade and certainly not in the position of a disenfranchised pet, for which all decisions are made by the owner. By the way, to the question about children: Bloodhound sincerely enjoys playing with babies and will never offend a child on purpose. And yet, it is better not to forget about the dimensions of an animal capable of knocking down a one-year-old toddler with one wave of its tail. 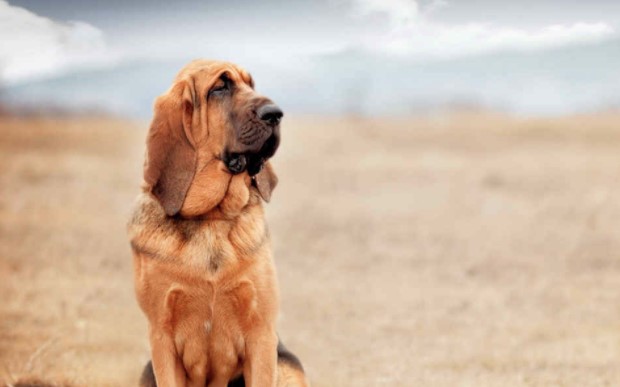 Fans of the breed assure that the Bloodhound can safely lead the top of the most family and human-oriented pets. He is smart, has a conflict-free, easygoing character, and is utterly devoted to the person who took him into his upbringing. Bloodhound is also quite loyal to people who are not part of his circle of acquaintances, so he boldly invites noisy companies into the house. Bloodhounds are especially fond of traditional celebrations that are repeated from year to year. In their personal calendar, dogs put a mental note in front of each such event and willingly take part in the reception and entertainment of guests.

Sometimes among Bloodhounds, there are shy and shy natures who prefer silence and solitude to collective entertainment. But in general, the Bloodhound is a sociable and sociable breed. For example, its representatives easily join the crowd of other four-legged pets.

The Bloodhound is a breed that is poorly adapted to apartment living, although among breeders it is customary to assert the opposite. Representatives of this family are large-sized creatures that do not possess outstanding grace, so even in the most spacious apartment, they will be cramped. Do not discount the dog’s long, strong tail, with which it will touch the furniture, and at the same time sweep small objects from horizontal surfaces. In addition, it is worth saving the nerves of the neighbors in the house, who are unlikely to appreciate the rare, but such “inspiring” barking of your ward. 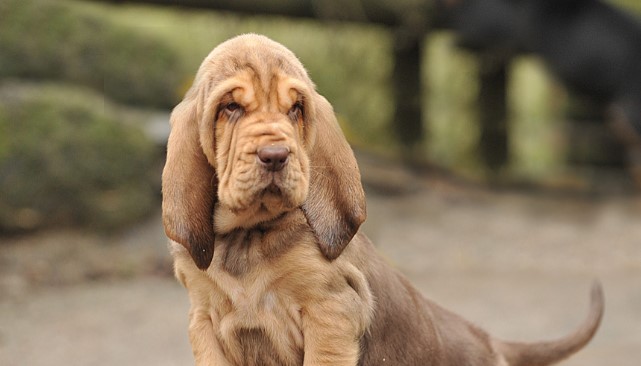 They are also partial to floor coverings and willingly chew on linoleum and laminate. Accordingly, starting a bloodhound without having a private house with at least a small courtyard is a quest for especially stubborn and imperturbable owners. A small house in the countryside or the suburbs is enough, given that the Bloodhound easily gets used to the bustling city rhythm if they walk a lot with it, and in the season they take it out to work in the forest.