The Great Pyrenees is a tandem of power and elegance. She is extraordinarily beautiful. Its sheer size and snow-white coat make it look like a polar bear.

Representatives of the breed are very calm and balanced, they are ideal for families with children, leading a relaxed lifestyle.

The Great Pyrenees are distinguished by extremely positive qualities: kindness, patience, a sharp mind, and devotion to their owners. These large dogs have not lost their guarding qualities and still show a penchant for herding work. Despite this, the Great Pyrenees are excellent companions. 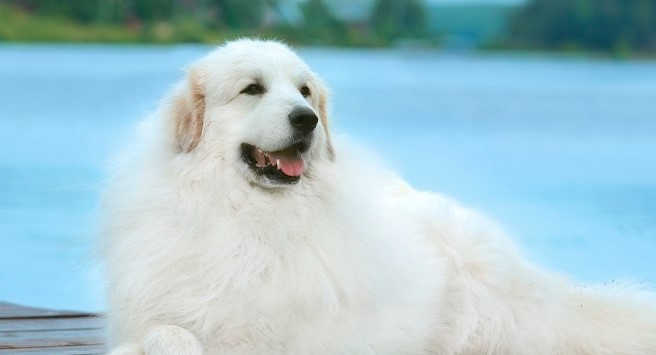 These dogs, by virtue of their ability, love children, allowing them to ride on their backs. Even older dogs can support children in playing with them, but at the same time, they will not allow the child to get into trouble. Great Pyrenees dogs are even used for the psychological rehabilitation of children with developmental disabilities.

Also, dogs get along well with other pets, including cats. A well-mannered and intelligent dog will never touch someone who does not interfere with him or his owners. They do not show unreasonable aggression, on the contrary, they demonstrate a balanced character. But due to their protective qualities, these dogs are always wary of strangers.

When a stranger comes to visit, these dogs show an increased interest in him, trying to sniff. So the dog makes sure that the stranger does not threaten the owners, and then it can even allow itself to be stroked. Throughout the stay of strangers in the house, the dog will follow them. 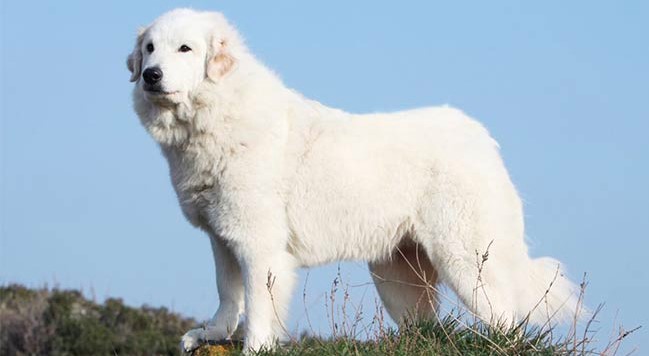 Great Pyrenees dogs are good watchmen. They loyally guard the territory of the house and its members. The barking of these dogs and the formidable look will scare off invaders. Although these dogs are not stubborn, sometimes they can show extra independence, the possibility of a solution without the knowledge of the owners. For example, if a dog senses danger, he can leave the territory of the house to eliminate it.

In general, dogs are independent in making decisions, do not tolerate aggression towards themselves, but are ready to endure a lot from their owners.

The optimal habitat for the Pyrenean mountain dog is a spacious yard, and it is desirable that the animal has the opportunity to enter the house if it wants to. The Great Pyrenees are not afraid of low temperatures if it is not extreme frosts – after all, they come from the mountains. However, an insulated booth with a curtain made of thick felt, preventing the penetration of cold air inside, is necessary for the pet. It is more advisable to use dry hay as bedding in the kennel – it warms better and absorbs moistureless.

An aviary with wooden flooring and a canopy can also be built, but The Great Pyrenees should sit in it for a maximum of a couple of hours a day – the breed loves the freedom of movement and spatial restrictions, it is hard to endure it. A sturdy fence is a must in a home where The Great Pyrenees lives. You will also have to be smart with locks on the gates – representatives of this breed quickly learn to understand how to correctly press the door handle with a paw so that it swings open. 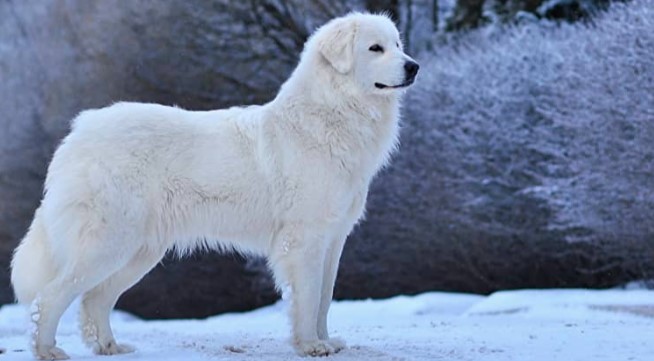 The snow-white “fur coat” of the Great Pyrenees does not smell like a dog, but the molt of a representative of this breed can shock an unprepared owner with its scale. This is especially true when the animal lives indoors. However, there is also a positive side – the periods of molting occur with dogs about once a year. In the intervals between molts, you can comb it a couple of times a week, pay increased attention to the area behind the ears.

But this breed of dogs also has a number of disadvantages. In addition to the huge size, for which the dog will not fit in the apartment.