Sick dog symptoms can be difficult to spot. Sometimes, even if your dog is sick, they’ll still act like they’re feeling great. That’s why you should always pay attention to those signs of illness.

Symptoms of a sick dog come in many different forms. Some are easy to tell—like a wet nose or coughing—but at others times, they are less obvious and not so clear-cut.

Below are manifestations you need to look out for. 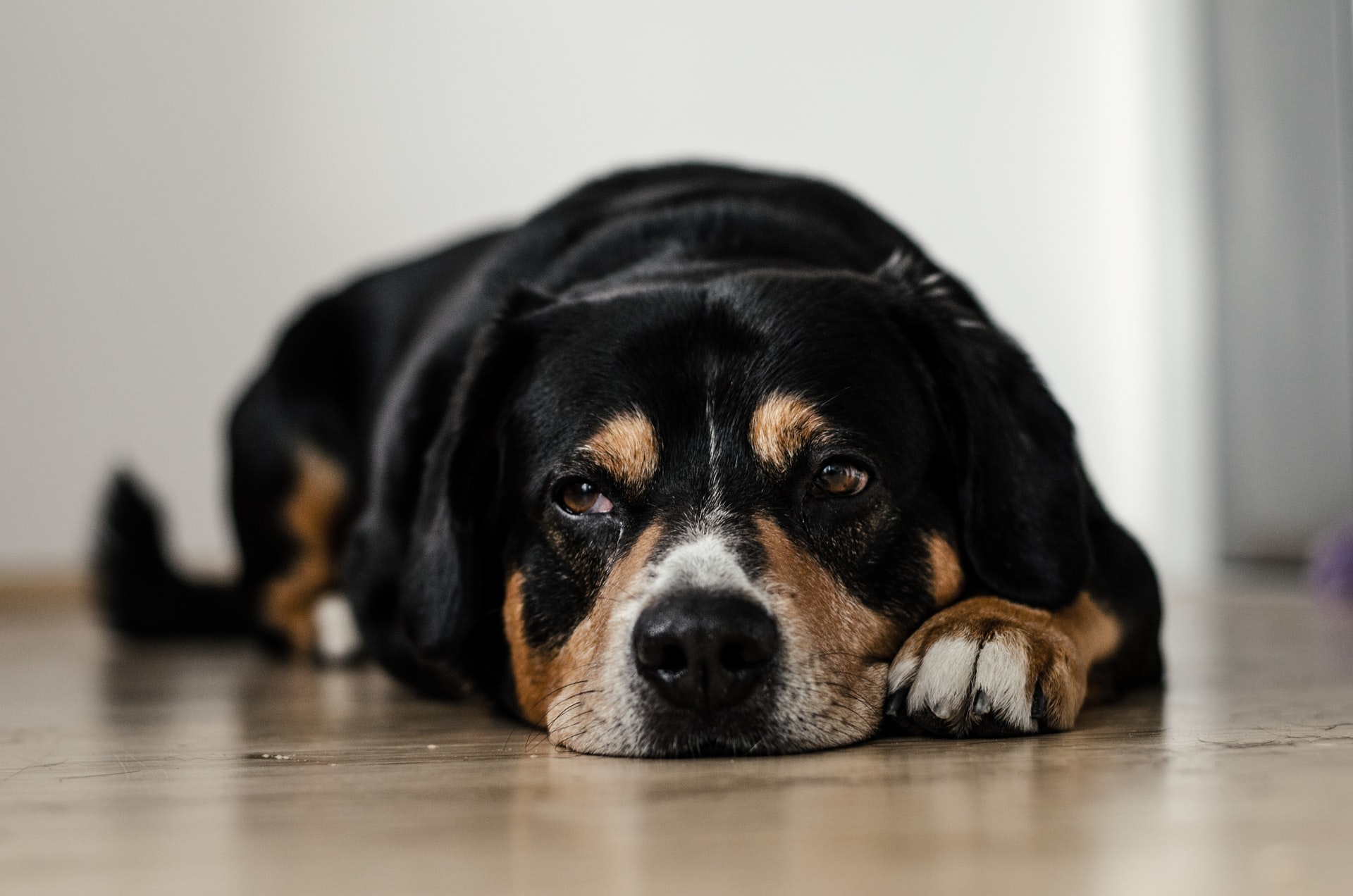 Did you know that diarrhea can also be used to describe an inflammation of the intestines that causes them to move too quickly?

“Diarrhea can be caused by a number of things, including infections, stress, or even food allergies. In some cases, diarrhea might not be serious at all—it could just be something your dog ate that doesn’t agree with them (like a new can of dog food you’ve been dying to try out).” – Falls Road Animal Hospital

But there are times when it’s a sign of something more serious, like parasites, or even cancer.

If your pet dog has diarrhea, you should contact your veterinarian immediately. The cause is often related to underlying medical conditions (such as infection or inflammation), and treatment may involve antibiotic therapy or steroids. In some cases, dietary changes are recommended. 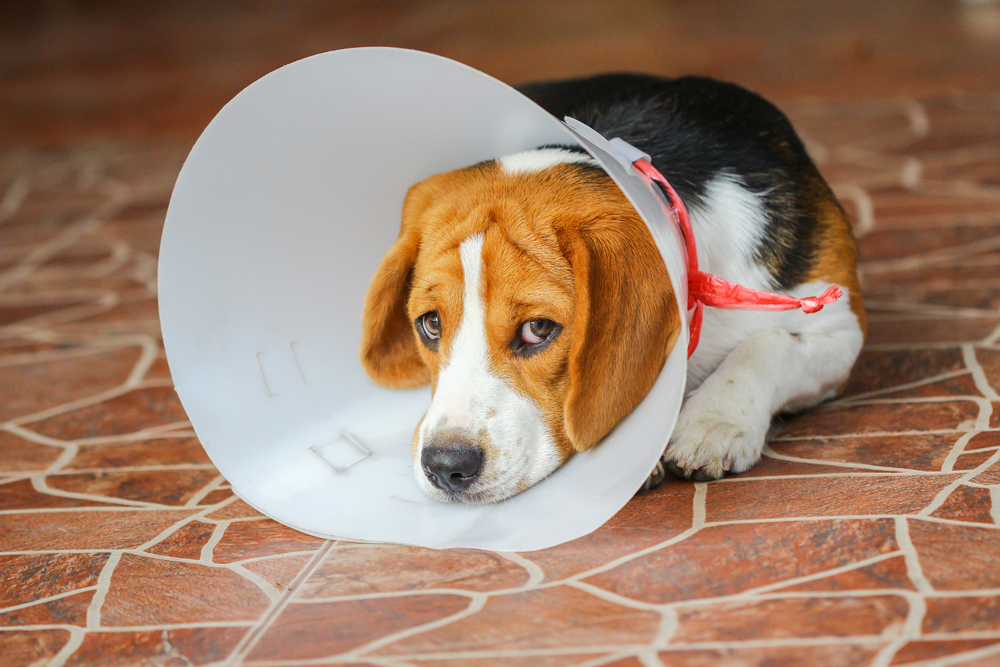 While it’s normal for canines to gag, vomit, or cough every now and then, repeated and persistent occurrence could be due to a foreign object in its throat. An obstruction in the lungs can also cause similar symptoms your dog is sick, i.e., difficulty breathing.

But before you Google “How to Make a Dog Throw Up?” or ask yourself “when should I be concerned about my sick dog?” it’s a good idea to reach out to an expert. Vomiting is especially dangerous in older dogs, and it can lead to contagious illnesses.

Chronic coughing or choking when eating can be a sign of allergies or even more serious illness as well.

Kennel cough, also known as infectious tracheobronchitis and canine croup, is an example. It’s the most common origin of upper respiratory infection in dogs. The bacteria that cause this illness are passed from animal to animal. So, the more pet dogs you have, the higher their risk of contracting this respiratory disease.

If you have multiple dogs living in your home, the best way to keep them safe from diseases is to vaccinate all of them. Vaccination can prevent them from getting sick and catching contagious infections. 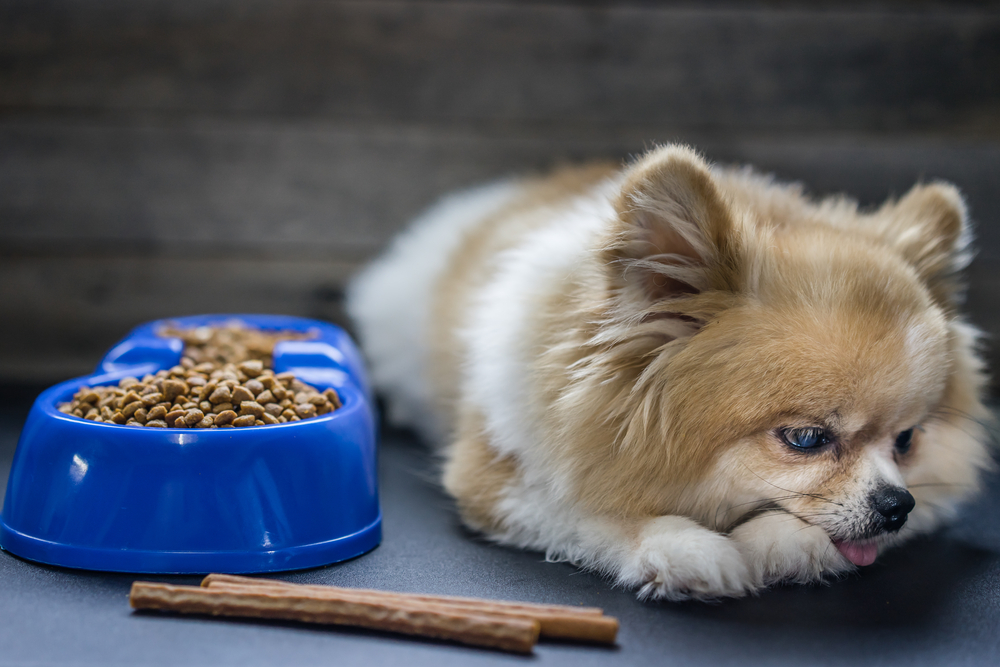 “Loss of appetite is one of the first symptoms of illness in dogs, and it’s also one of the most important. If your dog isn’t eating and drinking, you need to get them to a vet as soon as possible.” – Fetch by WebMD

Your pet might have lost their appetite for a number of reasons:

Whatever it is, if your dog isn’t eating or drinking, it’s critical to get them checked out by a vet as soon as possible.

It’s especially crucial if your pet is normally an enthusiastic eater but has suddenly stopped eating. This could be an indication that something else is going on with them, like an illness or injury. 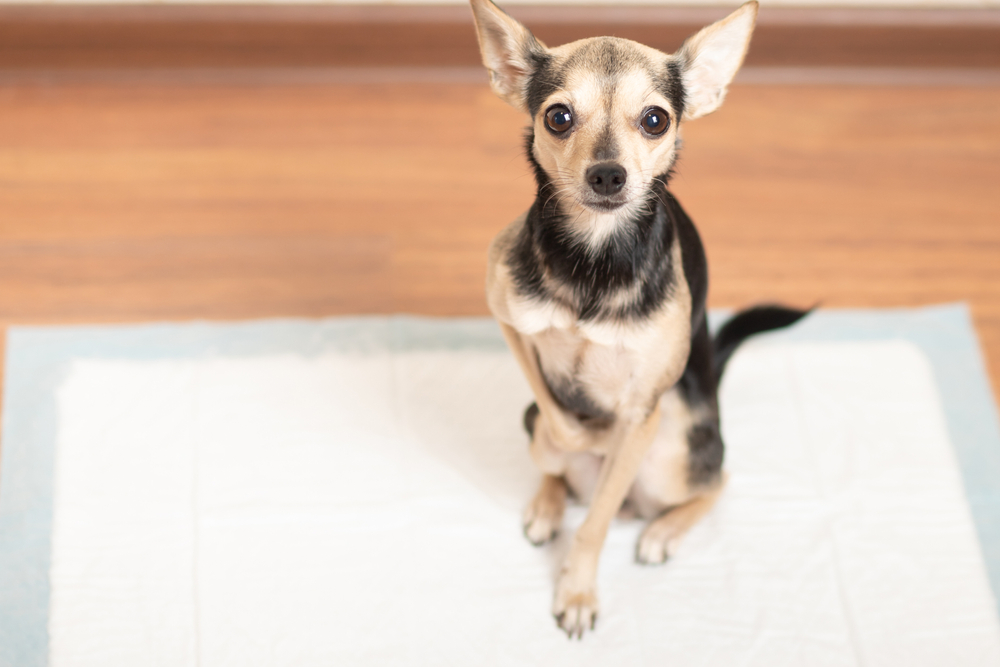 When your pet is showing signs of excessive thirst and urination, consider it a red flag.

It can be easy to dismiss these symptoms as nothing more than a mild case of sniffles because, like humans, canines tend to drink more when afflicted with colds. And, naturally, urinating will be more frequent during those times. But this is one of the sick dog symptoms you should pay close attention to when it’s abnormally too much.

Sick dogs drink more water than usual, and they may urinate more frequently as well. It’s their kidneys’ way of trying desperately to rid their body of excess fluid—a sign that something is wrong with their system. Diabetes or kidney disease are probable, but so are several other conditions, including dehydration and heat stroke.

If you notice your pet has been excessively thirsty for more than 24 hours or taking long bathroom breaks, take them to the vet immediately. They could have an infection or bladder stones that need treatment.

“80% of dogs show signs of oral sickness by age 3. Red and swollen gums are one of those signs, and if you see them, it’s important to go to the vet.” – Properties Animal Clinic

Dogs may have irritated gums for a variety of reasons—from gum disease to potential tooth problems, like cavities or infections.

The most common is periodontal disease, which can be serious if left untreated. It may also be the cause of other symptoms, such as bad breath and bleeding gums. If you suspect your pet has this condition, take them to the vet right away.

One of the dire side effects of gum infection is severe weight loss due to discomfort when eating.

Is your dog having trouble urinating? It may be a symptom of many common illnesses, including kidney disease, bladder stones, urinary tract infections, and even diabetes.

These are indicators you may notice in your pup:

When any of these signs manifest, it’s important that you seek veterinary care immediately. There are many different causes of this symptom in dogs. Consulting your veterinarian as soon as possible will determine whether or not there’s an underlying condition causing this behavior and if it requires treatment. 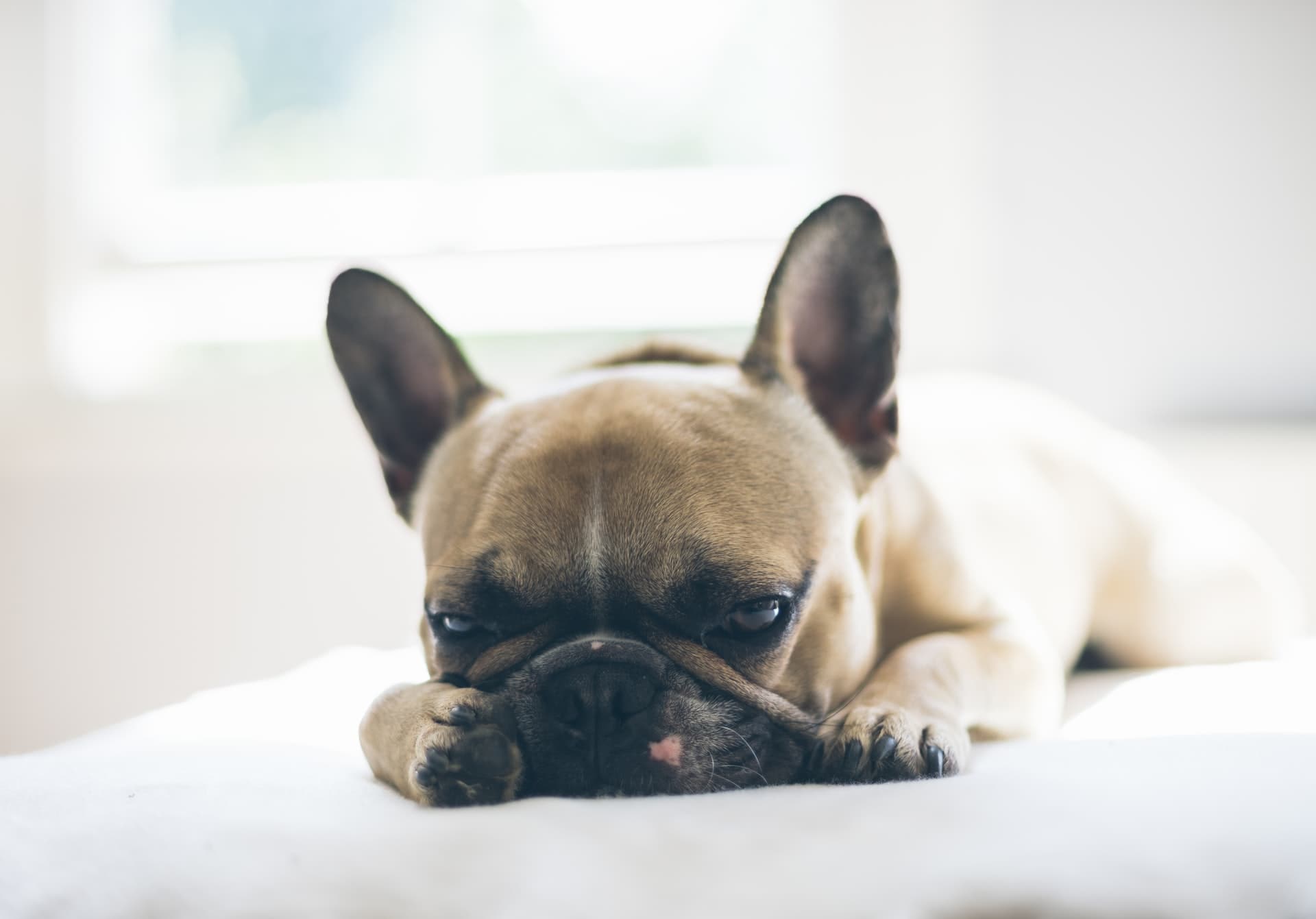 Sneezing, shortness of breath, and other flu-like symptoms may indicate a respiratory problem. If you notice wheezing or coughing, it could be time to see the vet.

The most common root of shortness of breath in dogs is lung disease, but there are others that should be considered as well. Some of the more serious conditions that can cause this symptom include: 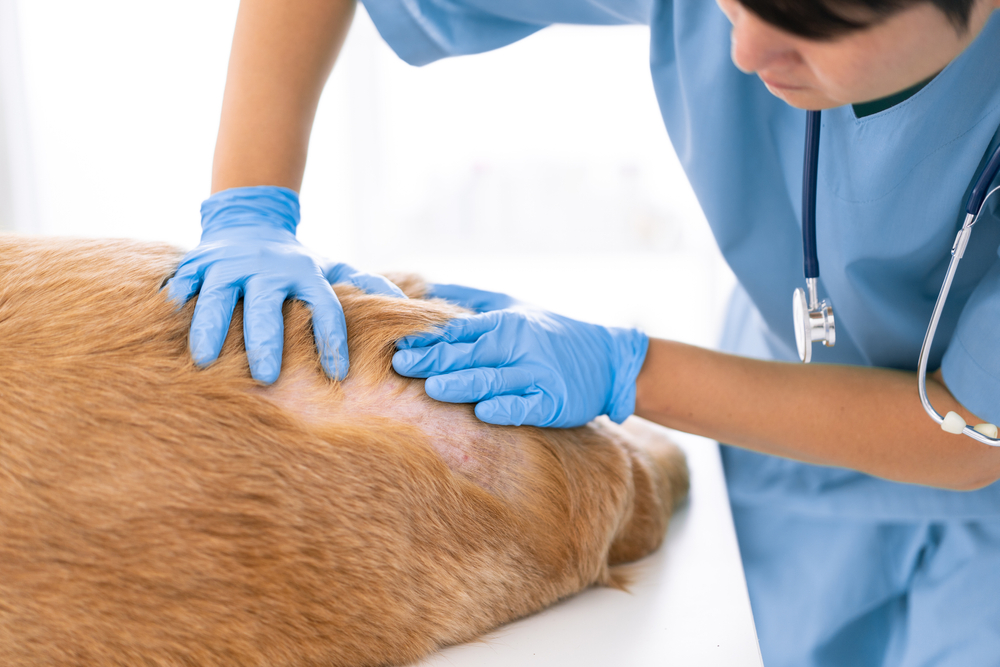 Unfortunately, this is one of the sick dog symptoms many owners overlook. But if your pet experiences persistent itching, sores, or lumps—especially if these appear on the skin and are accompanied by intense scratching—there is a chance they have an allergic reaction to flea bites.

For some dogs, flea bites trigger a type of insect-related allergy. They can cause hives and other similar symptoms. Some insects transmit diseases as well.

If your pet has itchy skin for several days, check for signs of fleas in their bedding or around the house. Examine yourself as well for any bites from mosquitoes or ticks.

When you find any evidence that your dog has been bitten by insects, contact your veterinarian right away. They may need immediate treatment for a parasitic infection or other skin condition caused by stings. 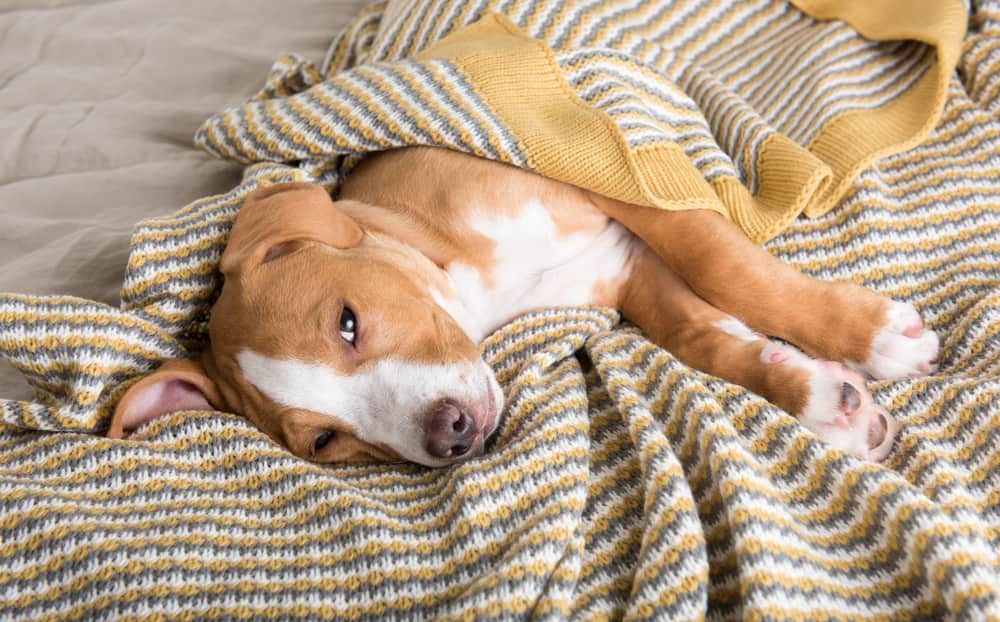 Does your pet exhibit rapid weight loss? Or do they seem to be steadily losing weight over a period of several weeks? The change may not be obvious at first glance, but you will soon notice the difference. In such a case, you should schedule an exam with a veterinarian.

What’s more, sudden weight loss may indicate something more serious than a simple stomach bug. When your pup has lost more than 10% of their body weight in two weeks, it’s time to take action. Visit your vet immediately.

There are many reasons why dogs lose weight, and some of them are life-threatening. For example, if your pet has lost appetite or stopped eating altogether, they could be suffering from hypothyroidism or liver disease—both of which can result in severe weight loss.

Other possible causes include cancer and diabetes. However, these conditions alone don’t typically bring about sudden changes in appetite or weight loss. So, it’s important to rule them out before you assume they’re behind your pup’s sudden change in appearance. 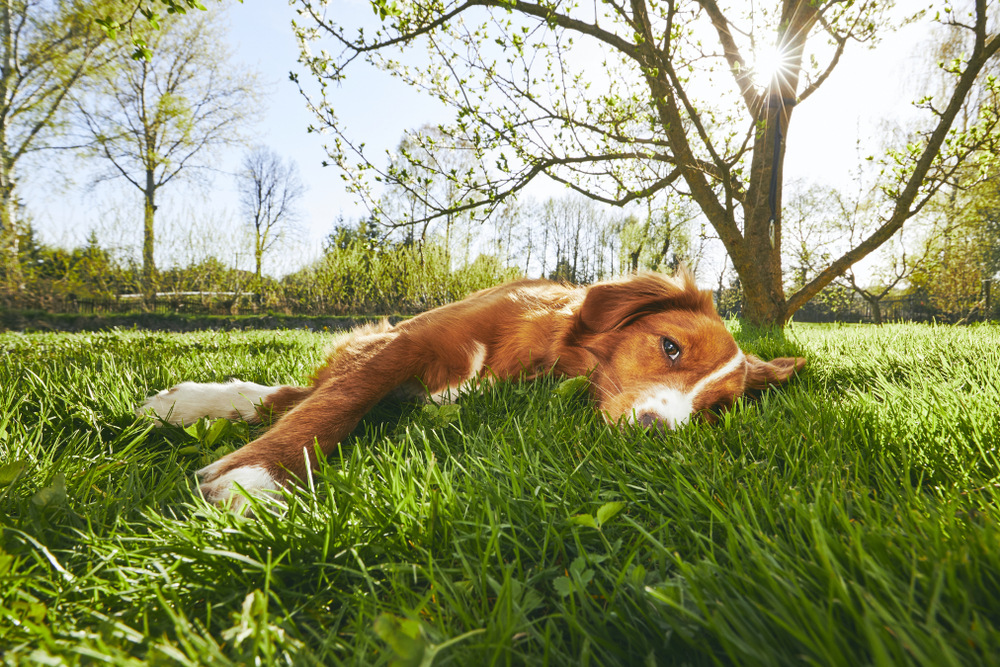 The Bottom Line: How Do I Know If My Dog Is Ill?

Questions like “how can I help my sick dog?” or “when to worry about sick dog symptoms?” are normal for any pet parent to ask. More often than not, the answer is simple: seek professional help.

It’s understandable to be unsure of what’s going on. So, if you think your dog might be suffering from something more serious than just a cold, don’t hesitate to reach out to a veterinarian. You’ll be glad you did!