The Alapaha Blue Blood Bulldog is a rare American breed of dog with a typical Bulldog appearance. Hardy, energetic, intelligent with pronounced territoriality and an active defensive reaction. Suitable for experienced owners looking for a reliable guard and loyal companion. Other names of the breed: Otto, Alapaha Bulldog. 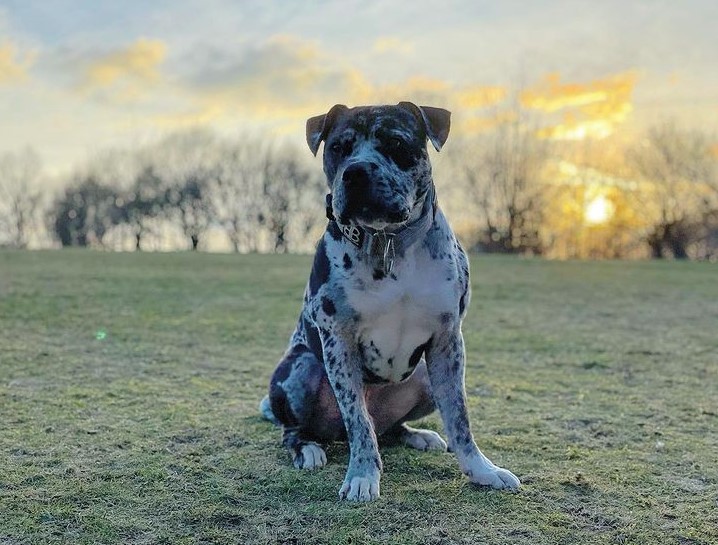 The breed was developed in the 19th century in Georgia, USA, in an attempt to save the plantation dog, which was almost extinct after the Civil War. The breed was started by Papa Buck Lane from Rebecca municipality in Turner Country, Georgia. All his life he kept Bulldogs and called all males Otto. Hence the second name of the breed – Otto. In his breeding program, he, first of all, used the southern Bulldogs of the old type (descendants of the Old English Bulldog), later they were supplemented with the blood of the leopard dog Catahoula, Southern Hound, and some other breeds.

Papa Buck Lane loved his Bulldogs and considered them a noble breed, hence the expression “Blue-Blood” in the title.

Buck Lane was killed by a train in 1943, but his granddaughter Lana Lu Lane continued his work. She devoted her entire life to the breed and kept Circle L. In 1979, a small group of southerners gave the breed the official name Alapaha Blue-Blood Bulldog and founded the Alapaha Blue-Blood Bulldog Association. ABBA), which serves as the breed registry and parent club worldwide. Until 1986, Lana Lane was part of the management team of ABBA, but then left and worked with the American Research Foundation (ARF), which began registering the Otto Alapaha Bulldog breed in 1986. Lana Lane passed away in 2001, leaving behind a huge contribution and followers who fell in love with Otto. The breed is recognized by several American registries, but ABBA remains the main one. 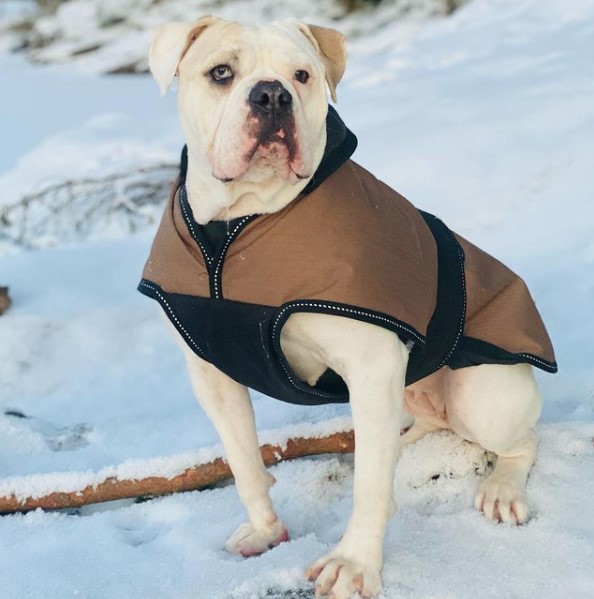 The Alapaha Bulldog is a large, strong, hardy, and agile dog with well-developed muscles. Very similar to the American Bulldog. It is distinguished primarily by its smaller size and the presence of the merle gene.

The head is of medium length and broad. Between the ears, there is a flat, distinct furrow between the eyes. The stop is well pronounced. The eyes are medium in size, blue to brown in color. Heterochromia occurs. The muzzle is of medium length, square, broad, with a strong lower jaw. The lips are full, but not saggy. Bite – undershot. The nose is black or liver-colored. The ears are V-shaped, set high, giving the head a square look. The neck is muscular, slightly arched, of medium length, with a slight dewlap.

The body is strong, with a powerful back and deep chest. The limbs are of medium length, well-muscled and heavy bone, straight. The correct structure of the limbs provides the dog with a free gait, allows it to be agile, enduring, and fast. Paws are medium in size, toes are tightly knit. The tail, reaching to the hock, is thick at the base. The coat is straight, short, rough to the touch. The colors are varied, more often Bulldogs are white with spots of black, gray, red, bluish, or marbled color. 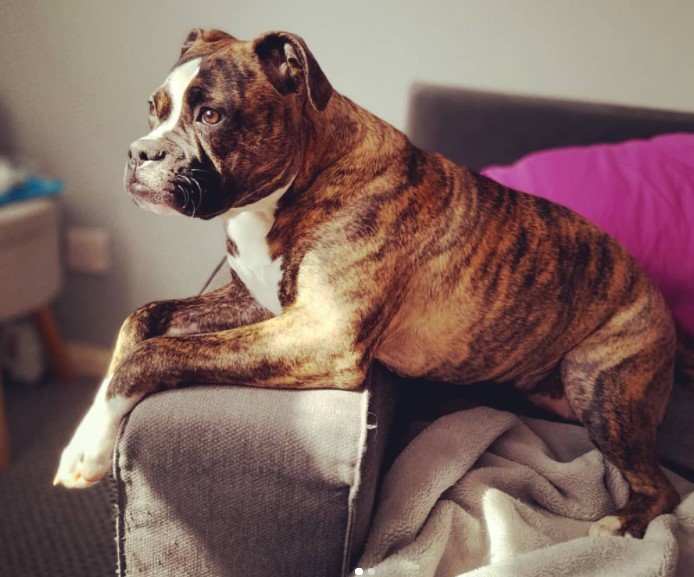 Alapaha Bulldog is an obedient, trainable dog, devoted to family and owner. Possesses a pronounced guard instinct. Must be well socialized from an early age. Courageous and fearless, but not overly aggressive. The character is strong, dominant, it also has independence, stubbornness, and perseverance. For this reason, Otto may not be the best choice for an inexperienced owner. He needs a leader who can firmly and consistently teach and educate the mentees, but without cruelty.

The Alapaha Bulldog gets along well with the pets with which he grew up. It can be aggressive towards unfamiliar dogs, as well as towards neighboring cats and other unfamiliar animals in the protected area. Well-mannered and trained takes care of children of all ages. However, we must not forget about the precautions and leave the dog alone with the child.

Features of Maintenance and Care 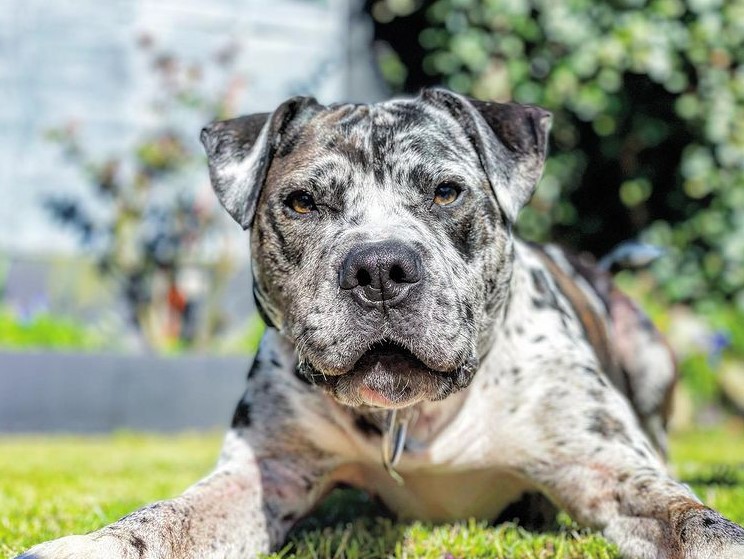 The Alapaha Bulldog is better suited for keeping in a private house or farm, where he will have a permanent job. Can live year-round in an insulated booth or in a room where the temperature does not drop below 0 ° C. The territory where the Alapaha Bulldog lives must be well fenced. Low fences won’t keep a dog.

Keeping on a chain or in an aviary without attention from the owner can lead to aggressive or destructive behavior. The Alapaha Bulldog is, first of all, a companion that needs human society.

Moderate salivation. Only expressed when the dog is agitated, waiting for food, or after drinking. Violent snoring and trouble breathing are uncommon for the breed. At a young age, Otto is prone to spoilage of things, especially during the period of changing teeth. Alapaha Bulldog is hardy and energetic. For a full life, maintaining physical and psychological health, he needs daily long walks, jogging, training, and/or active games.

The Alapaha Bulldog sheds moderately. In cold climates, it grows a thick undercoat for the winter, which comes off in the spring. Does not require complex care. It is enough for the owner to periodically comb the coat, clean the ears, monitor the length of the claws, and bathe the dog as needed. 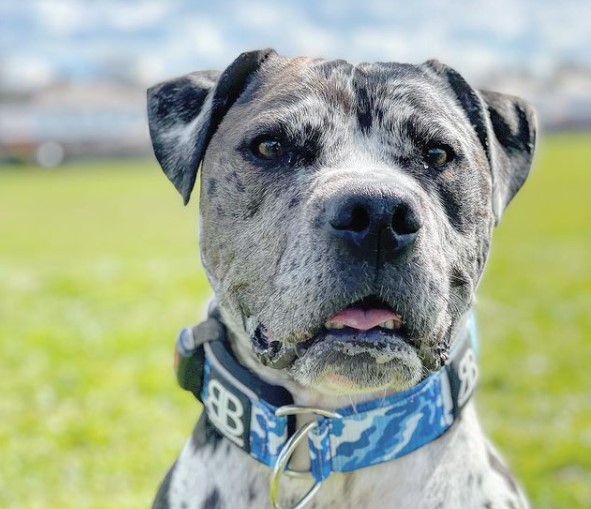 In general, the Alapaha Bulldog is a fairly strong and healthy dog. Life expectancy is 12-14 years. There are few breed diseases, more often than others they are registered: