The Mittelspitz is a lively, alert, and independent dog. He is a happy dog ​​who is always smiling and extremely attached to his family. He prefers the human company and should not be left alone for a few hours. He should be included in your life and activities and when he realizes that he is your first choice, he will never leave your side.

He’s a companion who loves to snuggle with you, but also a badass, all-weather dog who’s always up for a long walk or hike. He needs his daily activities to work out his energy and loves games or the chance to run around in a safe area. Brave, adventurous, and active, he will demand your attention by jumping around the room or trying to jump up your legs. He learns commands fairly quickly and is always eager to please you, but he can also be a strong-willed and stubborn dog who tries to get his own way. 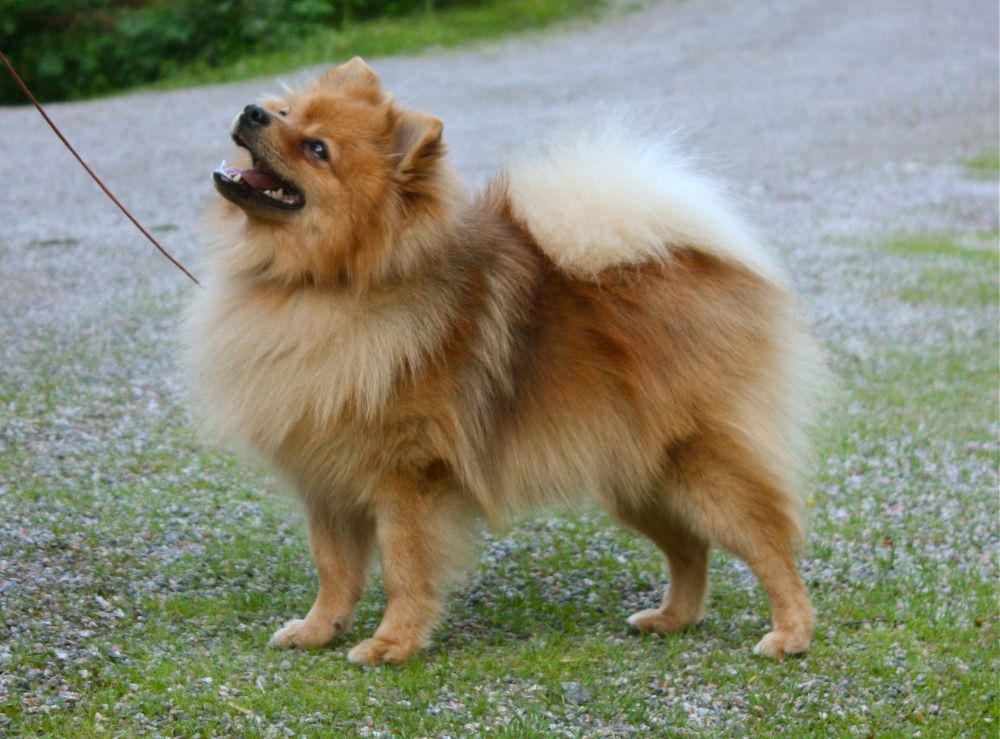 Sometimes he has a hard time listening to commands and doesn’t always come when you call him. He tries to be obedient but you must be patient with him and have lots of treats ready and avoid harsh methods and too many repetitions in training. He is friendly to his family and those he knows but suspicious of strangers. He makes a good watchdog, always looking for a higher seated position so he can get a better view of his surroundings.

He will draw your attention to the slightest noise with a loud bark and warn you of strangers. He can be too loud and annoying at times, whereupon you have to order him to be quiet. He can be very tiring towards other animals and dogs as he often barks at them. But generally, he gets along well with them having grown up with them from a young age. Since he loves to play and romp around, he is a great play partner for children. He sheds a lot of hair and should only be kept in a household where vacuuming is not a problem.

The Mittelspitz is 30-38 cm tall and weighs 6-10 kg. He has a double coat of a straight, medium-length top coat and a soft, woolly undercoat. Its fur can be black, white, or brown.

He only needs occasional brushing. However, some owners brush their coats more frequently so they can remove any dead hair early on before it scatters it on the house floor. 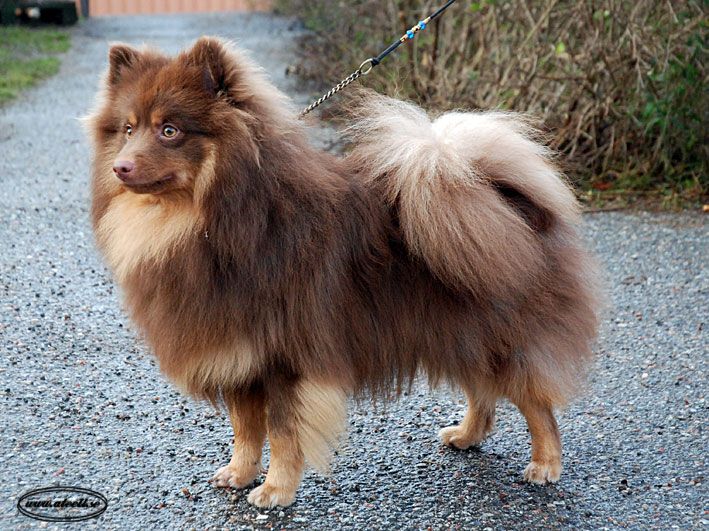 The Mittelspitz descends from a very old Spitz dog breed that can be traced back to the Stone Age and is related to both the Keeshonds and the Pomeranians. Often mentioned in 15th-century German literature, it has been used as a guard dog on farms for decades.