There is an opinion that heroes need to be nurtured by themselves. As they say, from a young age. A three-year-old boy lives in distant Australia, and his name is Charlie Parker. But he is not like the rest of the children. He knows how to tame alligators. In the photo, Charlie is trying to show an alligator named Gump, whose slippers are in the house. 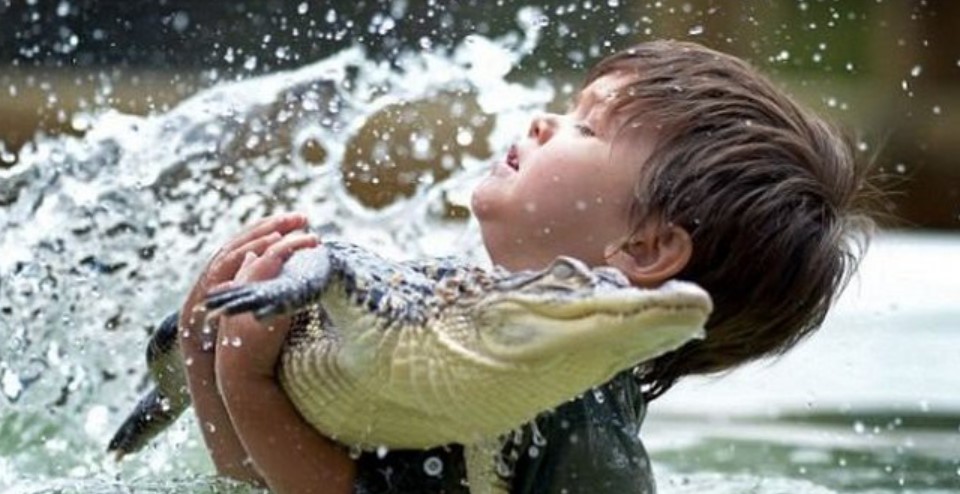 Charlie’s parents own a wildlife park called Ballart, which is located in the Australian state of Victoria. The kid grew up from birth among all kinds of reptiles, and very soon he will be able to give odds not only to crocodile fishermen but also to professors-serpentologist.

The father always insures the brave tamer. Suddenly Charlie’s hand trembles in the process of raising one of the little alligators.

Charlie Parker is now considered the youngest wildlife ranger in the world.