Alton was a strict German Shepherd dog. Although over the years I doubt it more and more … I doubt it, just not in the breed, but in the fact that he was a dog – neither before nor after I have seen a smarter animal. It was as if a disguised man was sitting in his skin. 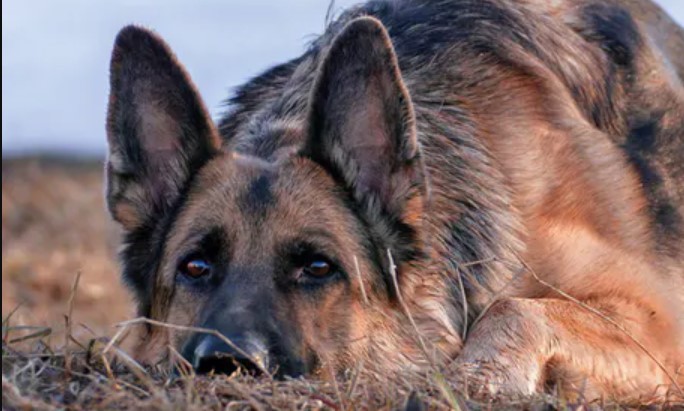 So. Distant 70s. We, the yard boys, were terribly jealous of Sasha because he had Alton and Sasha could easily pull this monster by the mustache, while Alton not only did not snap but even cheerfully waved his huge tail the size of Sasha himself. Sasha’s dad worked in a dog kennel, where shepherd dogs were trained for service at the border. Alton was rejected, although he was the smartest and most obedient, rejected, solely because of his size. In size, he was one to one like a wolf from Vasnetsov’s painting “Ivan Tsarevich on the gray wolf”. Alton always walked alone and without a muzzle, and this did not frighten anyone. Our whole street knew that the border dog would not offend anyone just like that. Yes, to tell the truth, no one held him by the dog, so, just a strange, unshaven man with a huge mouth …

And this overgrown not in vain ate his soup, worked it off with all the money. The simplest thing that was part of his duties was to find his drunken owner (Sasha’s dad), turn his back on him, and bring him home, to the third floor, like a wounded horseman!

On Saturdays and Sundays, I usually woke up completely at eight in the morning, already standing in a long line for milk. But then the door opened, Alton entered the store with a can in his teeth, walked to the counter, and carefully put his can in front of the saleswoman. She opened the lid, took out the 60 kopecks wrapped in paper, and poured the milk. Alton thanked everyone present with bowing to the ground, carefully took the can in his teeth, and released it only at home.

Moreover, if someone from the crowd said with displeasure: “Alton, where did you go? Get inline”, the dog obediently entered the corner of the store and waited for a long time, drooling on the lid of the can, until the people, having mercy, allowed: “Well, come on already, take Altonchik, do not suffer with us … “.

Alton, loaded with a can – it was that terminator. On the way, one could stroke him with impunity and even pull his tail. He did not react to anything, but moved towards the house, not slowing down. After all, he had a mission.

But after one incident, we stopped touching the terminator during the performance … One fine morning, Alton, as always, left in the morning for milk. Half an hour later, the owner heard a familiar roar outside the door, opened it, and choked in surprise. Alton’s teeth were holding the hand of a sweating, frightened neighbor man – a train driver from the depot. In his free hand, the man was holding a can of milk. The surprised owner took the can and asked:
– Why did you take the dog’s milk? Alton, you can’t!

Alton let go. And the man, rubbing his wrist, with his watch wet with drool, said:
– Yes, your milk surrendered to me !? You should look after your dog. I smoked near the store and just wanted to joke – I opened the lid and looked in to see what he had there. And he put down the can and rushed at me. He grabbed the hand and dragged him here. I almost took a bite, you bastard.
– So you would have lagged behind his can, then Alton would have left you alone.
– Yeah … I would be glad to be left behind, so he, the brute, would not let me go, bent down to the can, and growled until I picked it up. So we came here …