Armant or Egyptian Shepherd Dog is a breed of herding dogs from Egypt. It is believed that the breed comes from the Briards brought to Egypt by Napoleon’s armies. These dogs were probably crossed with local dogs, so the first representatives of the breed appeared. The breed is named after the city of Armant in Egypt, the alleged place of origin. The breed is not well known outside its homeland but is widely used in Egypt as a herding and guard dog. 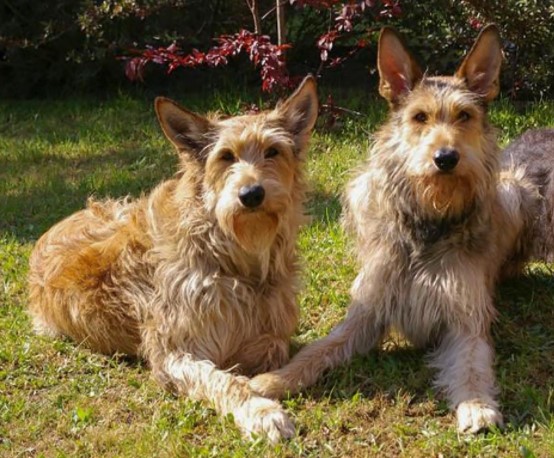 The Egyptian Shepherd was created almost exclusively as a working dog for life in the countryside. Combined with the fact that the breed was created before most dog species were recorded, this means that almost nothing is known about the breed’s origins.

It is only known for certain that this breed was developed in Egypt shortly before 1900. The breed got its name from the city of Armant, where a large number of representatives of the breed live. It is possible that the dog was first bred at this location, but there is no evidence to support this. Some argue that the Armant is descended entirely or almost entirely from the native Egyptian dogs. Herding dogs indeed have a long history in Egypt than anywhere else in the world. There is now a general consensus that all dogs are descendants of one or possibly two separate cases of domestication that took place in India, China, Tibet, or the Middle East. Since Egypt is relatively easy to reach from any possible dog domestication site, especially from the Middle East and India, dogs almost certainly reached Egypt very early.

Another theory related to the origin of the breed is that it is a descendant of European dogs that were introduced to Egypt in the past two centuries. This breed is very similar in appearance to several French herding breeds, in particular, the Briard from France. Many argue that the Armant comes from French herding dogs brought to France by Napoleon’s army in 1798. Presumably, these dogs accompanied the French army and its followers and were subsequently acquired by local farmers either through trade or when they were abandoned during the French evacuation of 1800.

Due to this lack of standardization and the almost complete absence of pedigrees, Armant has not been recognized by any major national or international kennel clubs such as the Federation Cynological International (FCI) or American Kennel Club (AKC). Several small canine organizations have recognized the breed, including the Continental Kennel Club (CKC) in the United States. 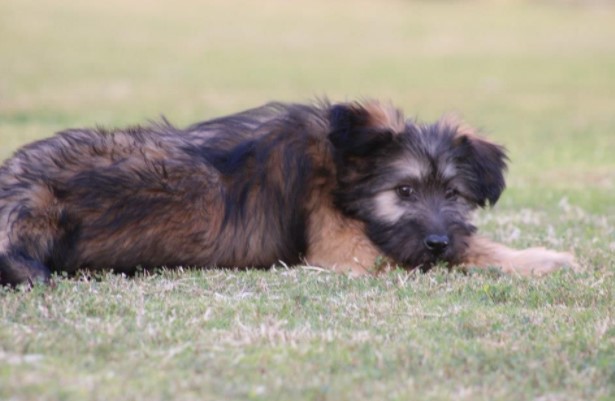 It is a medium-sized breed. Most of the breed is between 54 and 60 centimeters at the withers. Weight will be determined by the height and condition of the individual dog, but a medium-sized breed in good working conditions will usually weigh between 23 and 30 kg. Armant is primarily a working dog and should always look like that. It is a very muscular and toned breed, although the long coat of some may partially hide this. This breed has a strong, straight back and deep chest.

The head is in proportion to the dog’s body. The muzzle is of medium length, but broad enough to have great strength. The nose is relatively small and usually black, although in some dogs the nose matches the color of their coat. Ears are highly variable, with some dogs fully drooping and others fully erect. Some of the breeds may also have mismatched ears. Some owners choose to have their dogs ears trimmed or pierced, although it is unclear how common this is. The eyes of this breed are small, round, and dark in color.

The coat is of medium length, shaggy and coarse. The dog’s coarse coat provides protection from the elements as well as from predatory animals. This breed comes in a variety of colors, but most of the breed is either black or black and tan, or gray or gray-yellow. 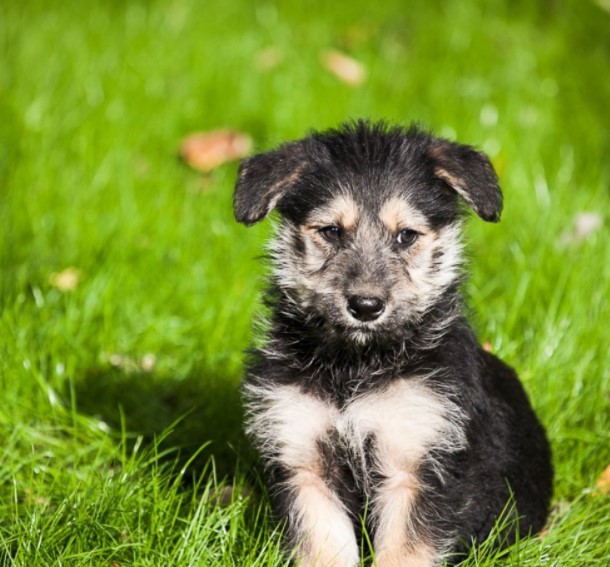 The Armant was bred almost exclusively as a working dog. As a result, he has a temperament very similar to that of other herding and protective breeds. However, those who have kept this breed primarily as a companion animal claim that it is also a very affectionate pet. The dog is renowned for its deep loyalty. This is a breed that wants to be in the company of its owner and will follow him anywhere without question.

The Armant is not only territorial and protective but also extremely alert, making it an excellent and reliable guard dog. Despite its medium size, it is an excellent guard dog that will fearlessly and ferociously defend its family and home, no matter what. This breed will not retreat in front of any enemy, man, or beast, and will not hesitate to sacrifice its life if necessary.

Like most herding breeds, the Egyptian Shepherd is very intelligent. This dog is capable of mastering advanced herding skills with little effort, as well as a number of tricks. As a working dog, the Armant must be able to perform vigorous physical activity for long hours. This breed is a tireless worker who can go as long as its owner needs. As a result, the dog requires a significant amount of exercise. This dog should receive at least an hour of training every day, and will gladly accept any additional training. Armants who do not exercise properly will almost certainly develop behavioral problems such as extreme destructiveness, excessive barking, hyperactivity, excessive excitability, nervousness, and aggression.

No medical research has been carried out, and veterinary information is virtually non-existent in Egypt. Many sources claim that this breed has a lifespan of 13 years, although it is unclear what this estimate is based on. The Armant was bred almost exclusively as a working dog in a country with very little veterinary care. Potential health defects would not be tolerated by breeders as they would affect performance and the affected dogs would die anyway. This implies that the Armant is a healthy breed. Sources for this breed state that it is susceptible to hip dysplasia. It is unclear where this information came from, and it is unclear if these diseases are visible in Egyptian dogs or in the few that have made their way to the West.

There are no universally accepted treatments for hip dysplasia, although there are many treatments, most of which are long-term and costly. Tests have been developed that can detect hip dysplasia in very young dogs, and responsible breeders are using them to eliminate this condition from their lines.