The Australian Kelpie, like many dogs, was born by crossing different breeds: the Border Collie and the Australian Dingo, and absorbed their best physical qualities and character traits. It is believed that the dog got its name in honor of the stormy river, mentioned in one of the novels of the Scottish writer Louis Stevenson. 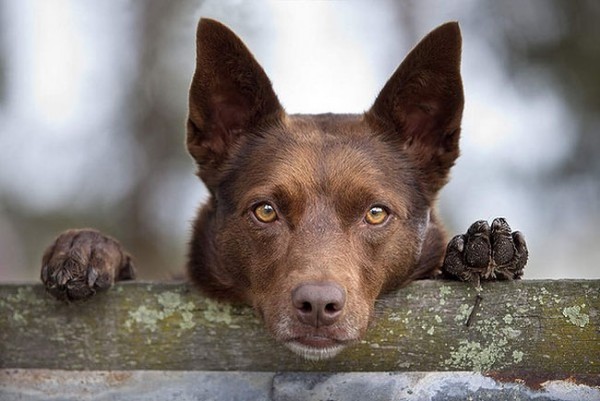 In the appearance of the kelpie, you can find the features of the Australian dingo, and many also compare it to a fox. This is a medium-sized dog, very flexible and muscular, with a height of 43 – 51 cm at the withers, weighing from 9 – 14 kg. A clearly “chiseled” muzzle, erect ears with sharp ends, a medium-length tail hanging in an arc, and of course its “highlight” – very expressive and beautiful almond-shaped eyes. The coat of the Australian Kelpie is straight, thick, and short, the color is most often black, dark chestnut, reddish-brown or gray-blue. Kelpies often have light “rings” around their eyes. Kelpies are indispensable helpers and favorites of Australian farmers. Already from the age of one and a half months, kelpie puppies under the supervision of an adult dog begin to learn to work on a small flock of sheep. It is believed that one kelpie can easily replace two riding shepherds: when collecting sheep, she deftly moves along the backs of animals instead of wasting time and running around the flock from all sides. And if some disobedient sheep strayed from the flock, the kelpie will run after it and will keep watch until the owner comes. Now on Australian farms “work” more than one hundred thousand kelpies. A famous distinguishing feature of the Kelpie that sets it apart from other herding dogs is its ability to literally hypnotize the herd with just one look, almost without using her voice. The look of the kelpie is really very expressive as if carefully examining you. Kelpies are very hardy, cold-hardy, and can spend long periods of time without food or water. In a day, a kelpie can run hundreds of kilometers and at the same time he practically does not need rest – he only gets pleasure from such energetic work. These dogs, having absorbed the blood of the dingo, have some of the habits inherent in these wild dogs – for example, the kelpie bends its head to the ground when grazing a herd of animals, as if hunting them. The Kelpie is very easy to train: she is very attentive and clearly fulfills all the commands of the owner, even at a great distance. But if she suddenly disobeys you, then she thinks that you are wrong and will act as she sees fit. And then you better trust her amazing intuition. By the way, the highly developed intuition, instant reaction, and excellent scent of these dogs have found application in drug search activities. In some countries, kelpies also “work” as lifeguards and guides for blind people. Kelpies are insanely hardworking creatures, they would rather do a useful job than play, like many other dogs. Although they are not indifferent to children and will gladly entertain them, not forgetting to be on the alert and protect them from possible troubles. 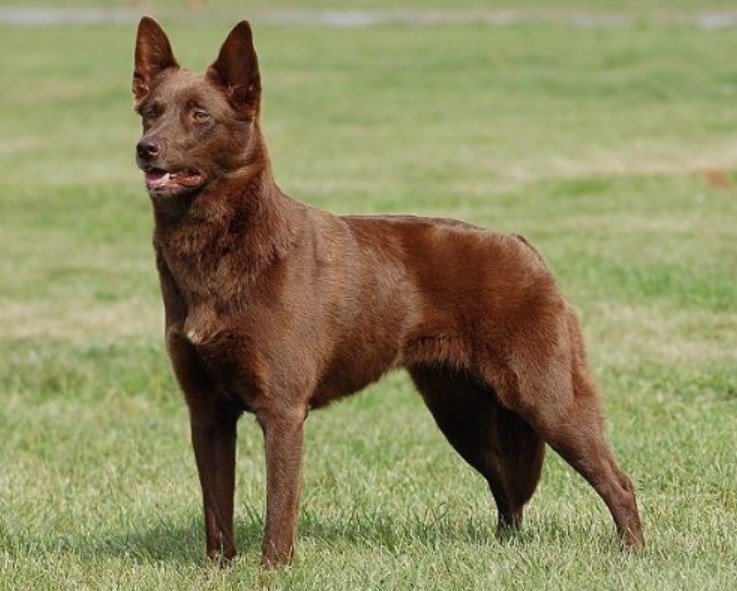 Kelpies are very jumpy and mobile animals, as well as unusually inquisitive: they are interested in everything that moves, moves crawls, or flies. They say that these mysterious Australian creatures, in moments of special joy, even know how to smile, just like people, slyly squinting their eyes and pushing the corners of their mouths. Kelpie loves nature and large open spaces, so keeping her in a city apartment is not recommended – the doggie will be simply bored there. The Kelpie is not very well known outside the mainland, but at home, this breed of dog is very popular and in Australian universities, students are even lectured about it. Kelpies came to Russia only in 1987, in our country, there is even a Kelpie club that unites fans of this dog. Despite the high cost of kelpie puppies, the export of these dogs abroad is limited – no more than 10% of the annual litter. Australians are very reluctant to release from the continent the helpers so beloved and necessary for them in the household.