The Australian Kelpie is a herding dog breed. Until now, farmers of the southern continent use these dogs for work and note that if it were not for the kelpies, sheep farms would have gone bankrupt long ago.

Characteristics of the Breed 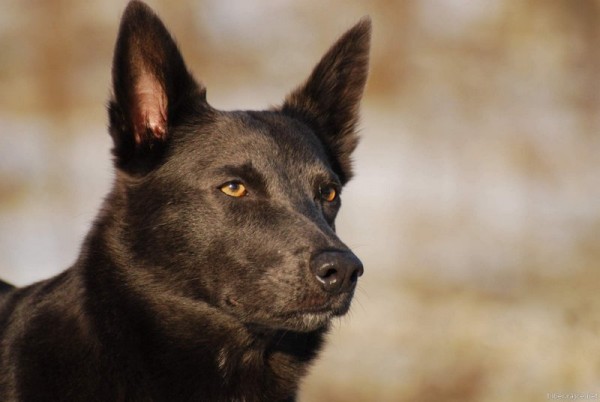 The kelpies were bred by the shepherds of Australia, mixing the blood of a wild dingo dog and the smartest of all dog breeds – the border collie. It is also believed that they descended from dogs that arrived in Australia with the first settlers. The first mention of the breed dates back to the end of the 19th century.

In favor of the fact that the breed is descended from the dingo, the fact that some of the habits of wild dogs can be traced. When the kelpie is working in the field and grazing cattle, she bows her head so low as if she will soon attack a sheep. This behavior resembles hunting rather than grazing, but it is a distinguishing feature.

This breed of dogs got its name from the spirit of the turbulent river Kelpie – the Water Horse, which is mentioned in the novel “Kidnapped” by the Scottish writer Robert Louis Stevenson.

Professional breeding of these herding dogs in Australia was started only in 1956, now more than 100 thousand kelpie dogs live on the southern continent.

Today, the Kelpie is the most popular and beloved herding dog in Australia and other countries of the world, although in Europe these dogs are known little.

The Australian Kelpie has managed to light up in the cinema as well: in the film by Kriv Stenders “The Red Dog”, the story of this dog is told.

Kelpie knows how to smile. He is a friendly, affectionate, but at the same time vigilant guard of the owner and property.

The Australian Kelpie is eager to work, he gladly fulfills the errands of the owner. This breed of dogs can easily cope with numerous flocks, flocks of poultry, herds of cattle.

While working, the kelpie skillfully makes the animals obey her, and in order to easily run from one end of the herd to the other, the dog instead of the earth moves along the backs of the animals entrusted to her.

There are also cons: 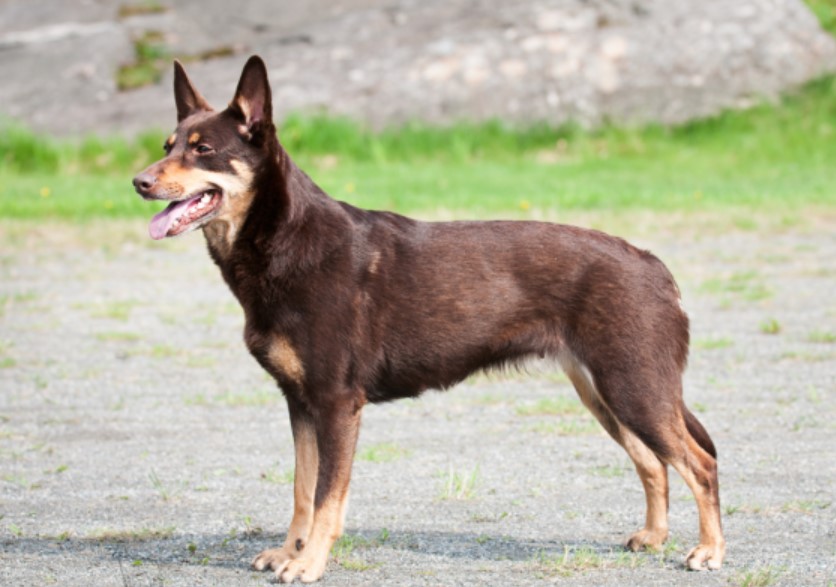 Kelpie is a shepherd, guard, and even a hunter. He swims well, runs briskly, even climbs trees, is able to remain without food and water for a long time while working in the pasture. This is a versatile dog, and for him work is happiness. For a kelpie, the more work the better.

Lying on the couch, he equates to death. Therefore, a kelpie is not the best option for a pet in an apartment, he feels bad in it and out of boredom destroys everything from slippers to opening linoleum. A dog can live in a city but subject to high physical and mental stress.

The ideal habitat for such a dog is a country house, a farm, and always with a lot of work – guarding livestock, grazing, learning new tricks, and having constant training.

The Australian Kelpie is good-natured and gets along with children, does not offend kids, gets along with other pets. Due to its “specialization”, the kelpie begins to graze small children and other animals. 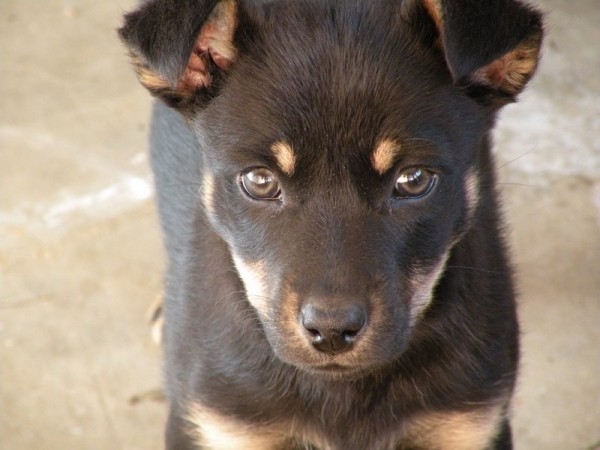 Since the Australian Kelpie prefers to move a lot, such a dog should not be locked in a small enclosure or apartment. If you are not a farmer but are going to become the owner of such a dog, then immediately take care of long walks with games and jogging, as well as training with the dog.

It tolerates heat and cold, but at critically low temperatures it is worth taking care that the animal is warm.

Hair grooming is minimal – once a week, the dog is brushed with a brush. During molting, use a slicker brush.

When feeding, the amount and calorie content of the feed is calculated taking into account the employment of the dog, the conditions of detention, the season. Keep in mind that two dogs of this breed have different metabolism, so the food is selected individually. 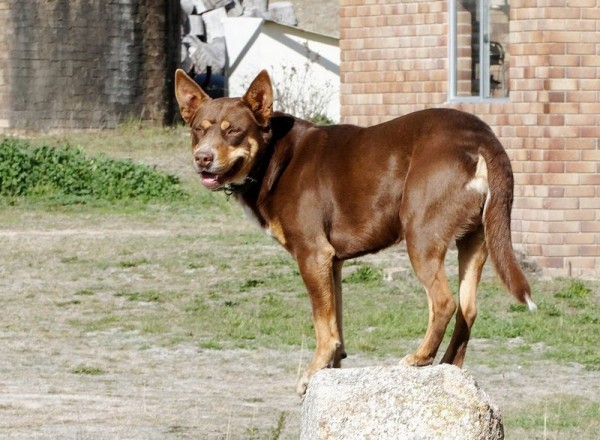 The Australian Kelpie is a quick-witted and intelligent, attentive friend, perfectly trainable. He is not lazy if he sees training as part of the job. Training with such a dog is a pleasure because the kelpie grasps everything on the fly.

Does not accept arbitrary methods of training, it is better to use positive reinforcement – treats, games. The puppy should be socialized as early as possible.

In an urban setting, engage your dog in an active canine sport – frisbee, agility, bikejoring, skipulling, dog freestyle, and so on. The main thing is that training and classes are regular.

The health of the Australian Kelpie is everyone’s envy. He is hardy and easily fights against canine ailments. A common disease among the breed is retinal atrophy.

Representatives of the breed live on average 10-14 years.