The axolotl is an amazing animal that is a neotenic larval form of some species of amphibians (tailed amphibians), usually the Mexican Ambystoma (Ambystoma mexicanum) or the tiger Ambystoma (Ambystoma tigrinum). Thus, “axolotl” is a collective name, sometimes it is also called a water salamander. In nature, these animals are endangered, but in aquaristics, they have gained great popularity due to their unusual appearance and interesting behavior.

Neoteny, translated from Greek, literally “stretched youth”, which characterizes the main feature of the axolotl – usually it exists all its life in the form of a larva and reaches sexual maturity, without undergoing metamorphosis and without turning into an adult ambient, while being able to reproduce. This phenomenon is observed due to the peculiarities of the functioning of the thyroid gland of these amphibians, which produces a small amount of the hormone thyroxine. It is worth noting that it is possible to initiate the transformation of an axolotl into an Ambystoma if the necessary conditions are created for this – to smoothly lower the water level, provide access to land, place the axolotl in a cooler and dry terrarium, often thyroxine injections are also used for this. Metamorphosis lasts for several weeks and is characterized by morphological changes – the external gills disappear, the body shape, and color change. However, the procedure for starting the transformation is extremely difficult and at home, in most cases, it ends with the death of the animal. Caring for an adult Ambystoma is completely different from keeping an axolotl. In addition, axolotls are attractive in themselves and are prized precisely for their larval appearance. 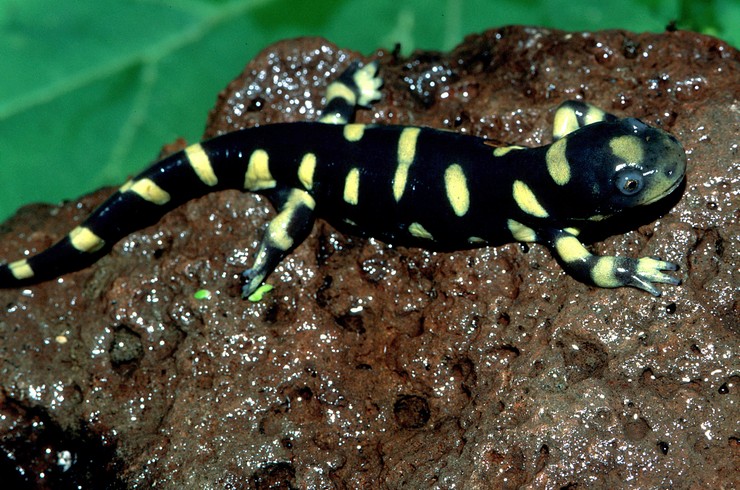 The phenomenon of regeneration is characteristic of axolotls: they are able to grow new limbs, gills, tail, and other organs to replace the lost ones, which makes them a convenient object of scientific research.

The head of the larva is very wide in comparison with the rest of the body, the mouth is also wide, and the eyes are small. On the front legs, there are 4 toes, on the hind legs – 5.

The appearance of the axolotl is very funny, especially the attention is drawn to the fluffy, long external gills located on the sides of the head, which the axolotl can press against the head and shake off, which makes it really look like a little dragon. 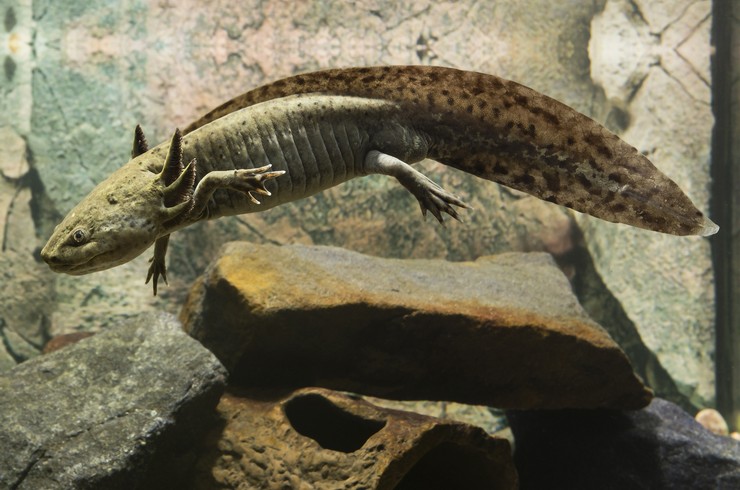 Breathing in the axolotl is carried out simultaneously by the gills and lungs. If the amount of oxygen in the water decreases, the gills can partially atrophy, and the larva switches to pulmonary respiration. Conversely, when there is enough oxygen in the water, the gills return to their previous appearance.

The axolotl’s tail is flattened laterally, wide and long, which is a characteristic feature of aquatic larvae of tailed amphibians and makes them excellent swimmers. However, more often these animals freeze at the bottom and sit practically motionless in anticipation of prey.

The color of the axolotl is very remarkable. The body is brownish-green with many small dark spots. This is especially noticeable in young individuals. The abdomen is light, sometimes completely white. Black, gray and brown individuals are found in nature. A completely white albino axolotl can often be seen. It is also very popular in hobbyist aquariums.

Perhaps one of the most striking features of axolotls’ appearance is their mouth opening. It is a wide slit, which is positioned in such a way that, when viewed from the front, it resembles lips folded into a smile. This smile won over many amphibian lovers. 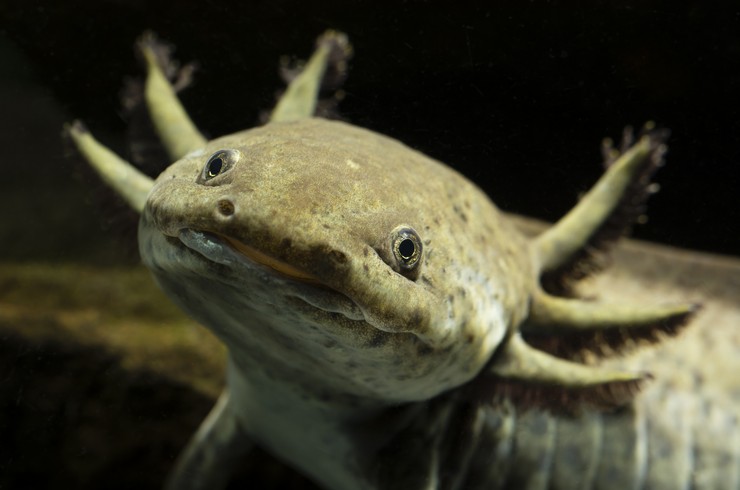 Axolotls are endemic to two high-mountainous Mexican lakes – Choco and Xochimilco. They are located at an altitude of more than two thousand meters above sea level. The area near the second lake is often called the “Venice of Mexico”. The Aztecs erected floating islands on this territory – “chinampas”, connected by a network of canals. Nowadays, this is one of the most beautiful areas in Mexico City where ornamental plants are massively grown. A dense network of canals enmeshes the entire area and is a very convenient place for the life and movement of both axolotls and adult ambient. Axolotls prefer deep places with dense vegetation. In these weakly flowing reservoirs, the water temperature usually reaches 13-15 ° C, and sometimes drops to 6-7 ° C. 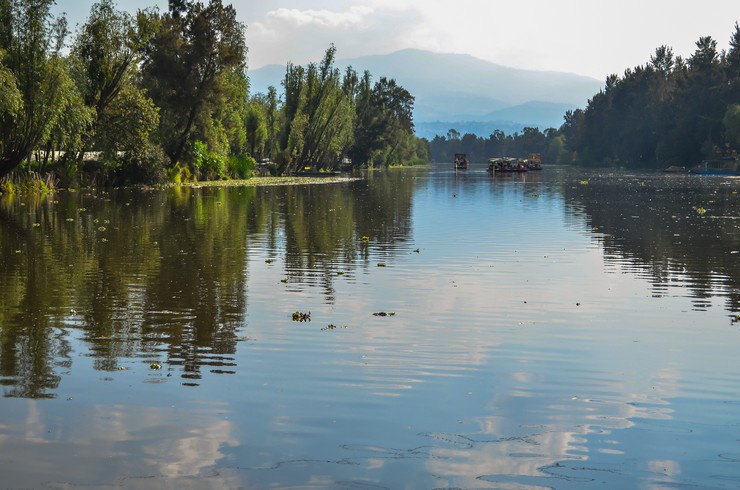 Axolotls in nature are endangered and listed in the Red Book, these endemic organisms live in a very scattered territory, so it is difficult to determine their real number and state of populations.

Keeping axolotl in hobbyist aquariums has specific features. These amphibians reach significant sizes (up to 30 cm), so the minimum aquarium volume for one individual is 40-50 liters, but it is better to keep them in a more spacious aquarium. The water level in the aquarium can be lowered and not completely filled, since pulmonary respiration is also inherent in axolotls. However, landfall is not required for salamander larvae. Sometimes axolotls are kept in groups, while it is necessary to ensure that the amphibians are approximately the same size and do not offend each other.

One of the main problems that can be faced is maintaining a low temperature since axolotls are cold-water organisms. The temperature must be set in the range of 14-20 ° C, maximum 24 ° C, however, such a temperature has an extremely negative effect on the condition of axolotls, they experience stress, and the likelihood of fungal infections increases. The fungus develops especially quickly on the gills, which are covered with a white coating and die off. In summer, especially in extreme heat, this can pose a significant threat – you have to cool the water with ice, close the windows from sunlight, or use a special cooling system; it is also recommended to install an aquarium with axolotls in a cool room away from radiators. 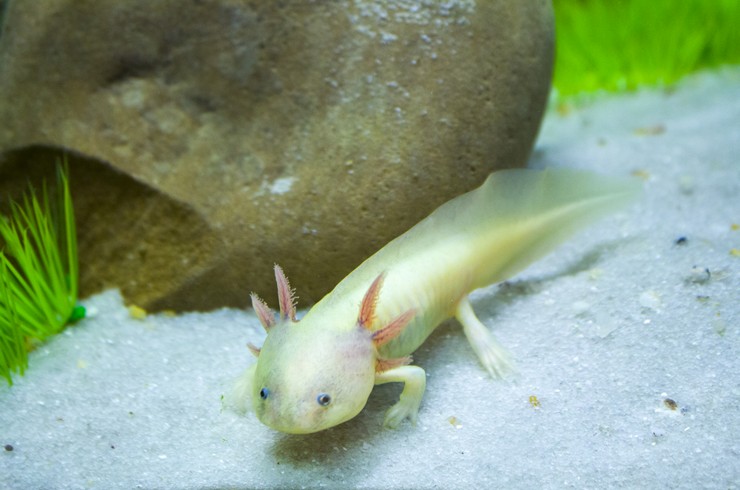 It is advisable to install a filter in the aquarium and adjust it so that the flow is not strong. Otherwise, the delicate gills of the axolotls can be damaged. The water should be slightly hard, pH 7-7.5.

Decorations and aquarium equipment should also be free of sharp corners that the axolotl can injure its sensitive skin and gills.

Axolotls are undemanding to lighting since they have poorly developed vision and are active at night. Therefore, it is recommended to create dim lighting in the aquarium and provide a sufficient number of shelters; for these purposes, coconut shells, clay pots, grottoes, etc. 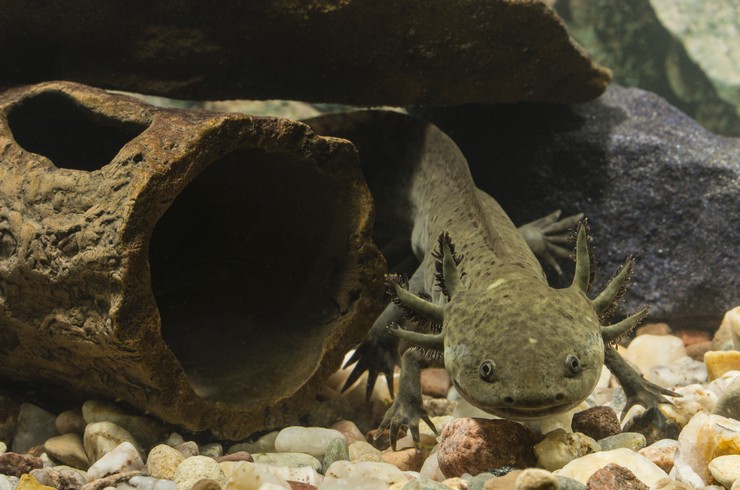 It is recommended to place live plants in an aquarium with axolotls (Ciliophora, echinodorus, cryptocorynes, anubias, hornwort, etc.) – amphibians can often be observed nestling under the wide leaves of anubias, in addition, the plants are necessary for axolotls for spawning, fertilized eggs are attached to their leaves. Plants floating on the surface of the water, such as riccia and pistia, shade the aquarium and create the dimness necessary for axolotls.

As a soil, it is necessary to use sand or large pebbles of such a size that it does not fit the axolotl in the mouth (fractions of about 3-5 cm). Small decorations, small stones, and shells should be avoided if the axolotl swallows them, this can lead to problems with digestion and even death of the animal. Some aquarists keep axolotls in an aquarium without any soil or plants at all, and the pets do not experience significant discomfort.

It is recommended to keep axolotls only with their own kind since these animals prefer cold water and active predators. Small fish will be eaten by them, while large and aggressive ones can harm the water dragon themselves. Snails can also damage the sensitive skin of axolotls. In addition, they are carriers of various diseases. Fish are very fond of nibbling the external gills of salamander larvae, mistaking them for worms. Despite the unique ability of axolotls to regenerate, such wounds are dangerous for them and heal for a long time, fungus can settle on them, especially if the damage is extensive.

The only exceptions are goldfish, which can be housed with axolotls, since they are also cold-water, slow and, with sufficient feeding, do not encroach on amphibians. Some aquarists add actively breeding viviparous fish such as guppies to axolotls as live food. If at the same time, the axolotls are also given other food in addition, the disappearance of small fish with a large number of them may not even be noticed. 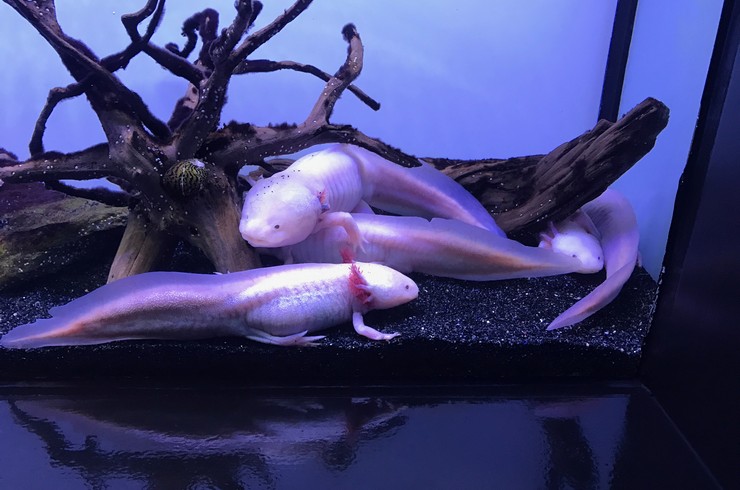