Malinois is a very agile and intelligent dog that can become a pet for not everyone. The Belgian Shepherd Dog is perfectly trainable, it is smart and quick-witted. But if you don’t spend enough time with your dog, it will grow up to be aggressive.

An innate strong-willed temperament, along with the inherent strength of a dog, makes a pet dangerous if you do not put energy in the right direction. But if you tame and properly educate this pet from childhood, then a loyal and good friend, a strong defender will grow out of it. 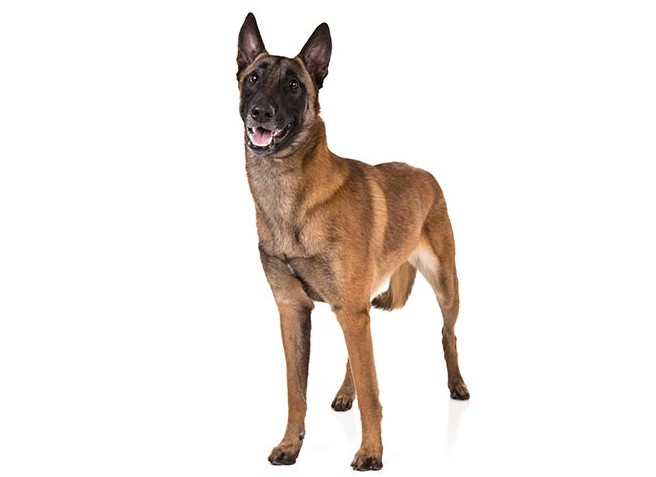 Malinois is a pet with strong muscles. The body of the dog is medium in size. The pet’s head is moderately long, round eyes are always dark brown in color. The ears are erect and, like all Shepherd Dogs, triangular in shape. The tail is set low, medium in length. The coat of the dog is short, the fur on the neck is longer (forms a collar). Cover colors – charcoal with yellow-brown.

It should be noted that the term “Malinois” hides 4 types of dogs:

It differs from fellow Malinois in medium-size and short hair. She also does not surpass others in speed and endurance but is considered the most efficient. The standard height for a dog at the withers is 60-66 cm, for a female – 56-64 cm. Dogs weigh no more than 30 kg, due to their leanness. 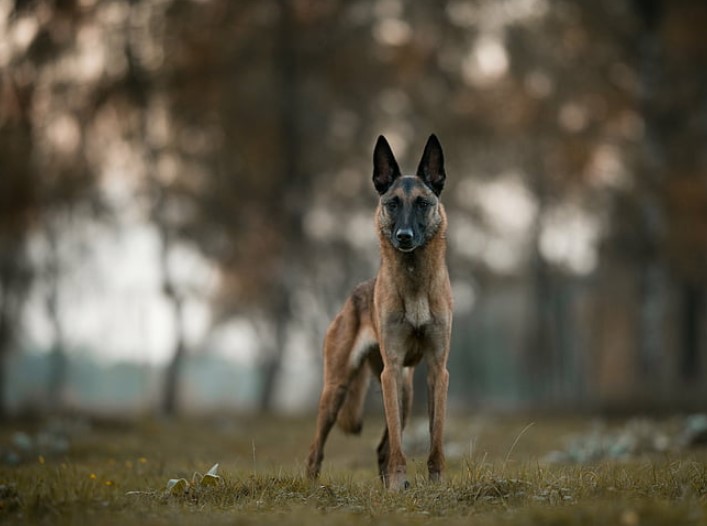 Speaking about the history of the Belgian Malinois, it is worth immediately dispelling the myth of its belonging to France. This breed was developed in the Flemish region of Belgium. It was just that at that time the language was French. Therefore, many names and names of cities are usually pronounced in this manner. But if you delve into the roots of the animal, then we can assume that the Belgian is international.

So Louis Huegebaert (honorary member of the SRSH) in his notes recalled the aboriginal mestizo with short hair, who lived on the border of what is now Belgium with the Netherlands. That is, the Malinois appeared as a result of natural selection in the areas of shepherd fields. Hugebaer discovered these dogs at one of the village exhibitions, where the locals showed off their helpers. It was he who promoted the breed as a new national one. So, the first Belgian Shepherd Dog Club was created. But these were enthusiasts who sought and appreciated the benefits of Malinois. To the surprise of the club members, the dogs became popular and began to be bred en masse.

Already in 1898, the breeders created the official club Belgian Malinois, which became part of the Belgian Shepherd Dog Cynological Group. This breed is also sometimes called the Woz. In honor of one pet – one of the first eminent representatives of the breed. 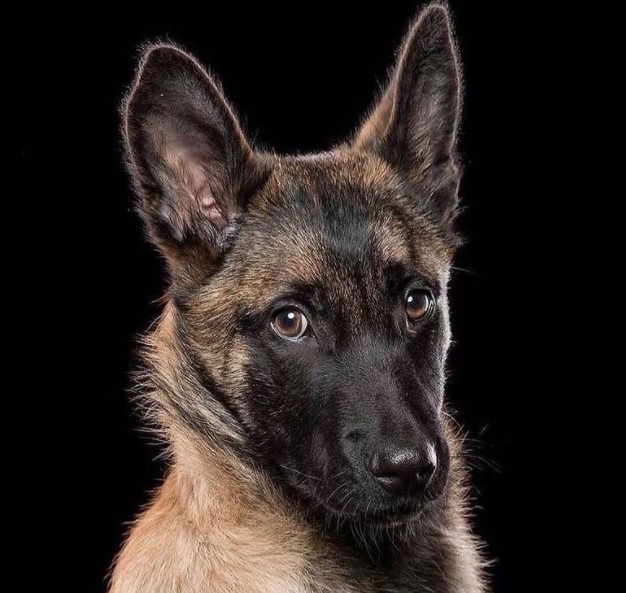 Malinois has the same strong character as her body. This is a wonderful guard, forever loyal to its owner. The Belgian Shepherd can make decisions on its own. It is important to give her a lot of attention and show her love. If the dog feels unnecessary, it will grow aggressive and angry with people. In some cases, out of “disliked” pets, timid and downtrodden dogs grow. Therefore, it is important to educate the dog and give it due attention. With proper upbringing, a dog can even be gotten by families with small children. A smart dog will tolerate the clumsy play of a toddler and protect him.

Malinois most of all singles out one person for itself – its first owner. It is for him that she will experience the most reverent feelings. With other family members, the dog will also be happy to play and go for walks. But the dog does not get along with other pets in the house. Is that to start them from her puppyhood. Malinois is one of those dogs that do not like cats and will hunt them whenever possible. 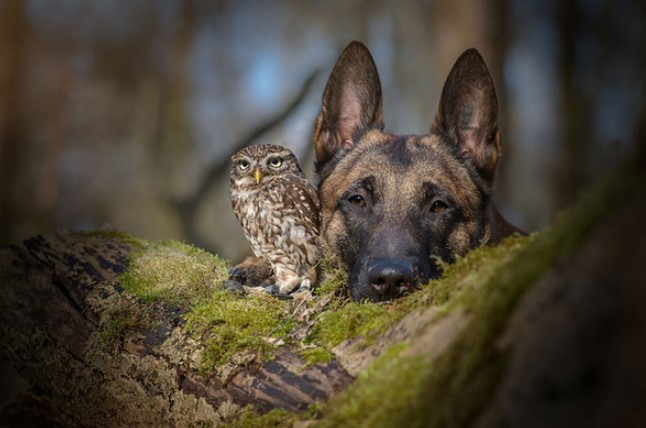 Belgian Malinois should not be bathed too often. This can adversely affect the condition of the animal’s coat and skin. The coat of these pets should not be soft to the touch and shiny in appearance. Only – matte and tough. It is important to constantly comb the pet with a special brush or a comb with rare teeth and to collect the remains of the fur with a damp cloth or glove. It is also important to clean your pet’s nose, ears, and rinse the eyes.

The dog should not be kept in a cramped apartment. A very mobile pet needs space and constant access to the street. The dog needs regular physical activity and if the owners cannot find time for it, then it should be possible to let the Malinois run on its own. It is unacceptable to let the Belgian Shepherd go into the yard without fences. Walking her in the park area should only take place in a muzzle and on a leash. 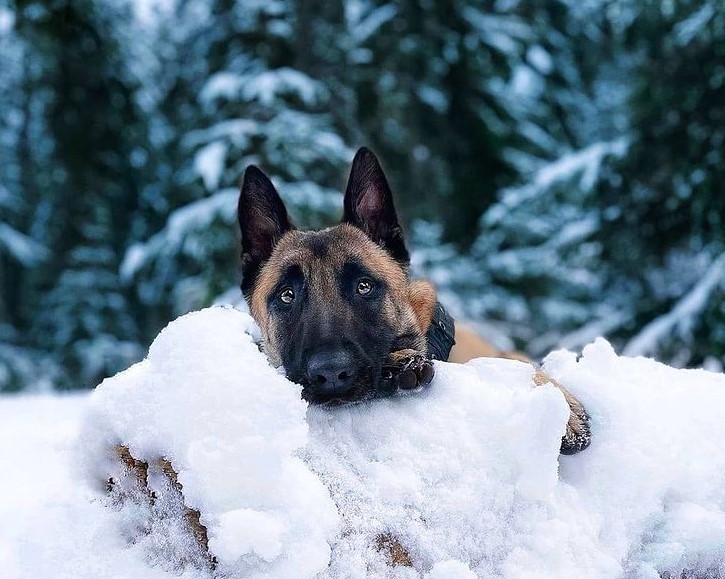 Malinois is in good health. These dogs do not have a predisposition to joint dysplasia, like many of their relatives – the Caucasian or German Shepherd. Even being in adulthood, the Shepherd does not lose their power and strength. If you pay enough attention to your pet, then he will delight you with his good health throughout his life. But there is a list of ailments that are still inherent in the breed: 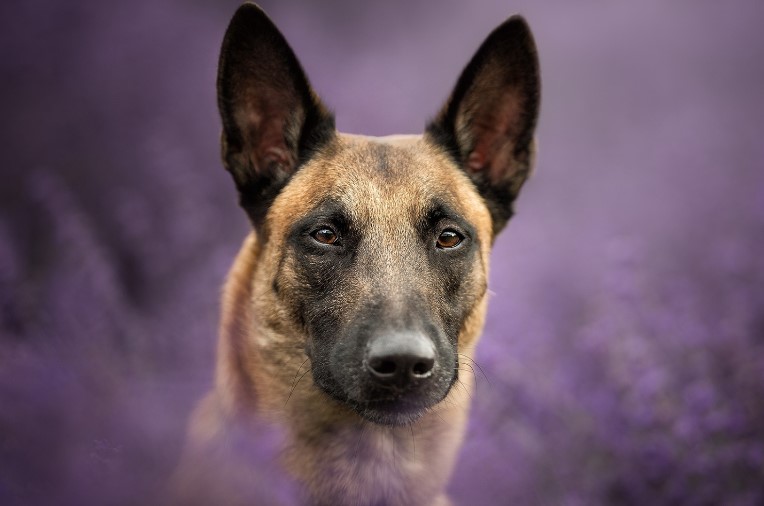 The Belgian Malinois is a very intelligent pet that can make decisions on its own. A dog needs attention and care. If you do not show her your love and ignore the animal, then the dog can grow up aggressive.

Any dog ​​in the house is a family member and a loyal friend. The Belgian Malinois will become not only a favorite and companion but a good guard and protector. She will happily accompany you wherever you go and will be loyal and faithful with all her heart.