The word “coonhound” in the name of the breed indicates a special specialization of the dog – the ability to hunt day and night animals, which are hiding from the chase in the trees. There are six such breeds in total. All of them were bred in America and then combined into a group of the same name – Coonhound, or Raccoon Hound. Representatives of the group are in many ways similar, but at the same time, each has its own characteristics. 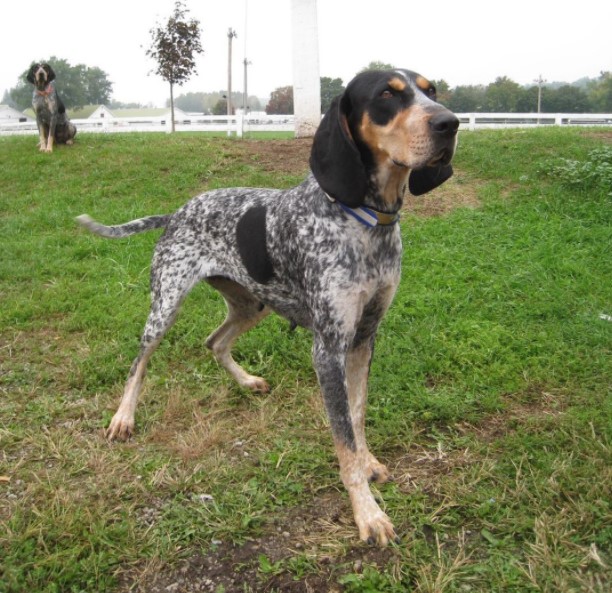 During the colonization period, many dog ​​breeds were introduced to the United States. Among others, these were hounds from England, Ireland, France, Germany. However, they turned out to be unsuitable for hunting animals, they could not hunt nocturnal and twilight animals climbing trees (raccoons, lynxes, possums, pumas). This led to the development of the so-called treeing hunting and further breeding work on hounds. Dogs with an excellent sense of smell and the ability to work independently of the person were selected, but the most important thing is that they should follow the trail on the ground and not lose it if the animal climbed a tree. Raccoon Hounds were bred mainly in the southeastern states – Georgia, Kentucky, Tennessee, Virginia.

Dog breeds in the Coonhound group

The group comprises six dog breeds, all recognized by the United Kennel Club (UKC) and the American Kennel Club (AKC).

There is also a seventh breed – the Leopard Hound. In 2012, she was admitted on a provisional basis to the UKC Rare Breeds Fund. These dogs are also capable of hunting raccoons, but officially they do not belong to Coonhounds.

All six Coonhounds are recognized by the United Kennel Club (UKC). The first officially registered Black and Tan Coonhound in 1900. It was followed by Red in 1902. In 1905 – American English, which was known for a wide range of colors. Subsequently, two independent breeds separated from it: the Speckled Blue and Wood Hound in 1946 and 1945, respectively. In 1946, Plott also received his official recognition. In 2008, the UKC registered the American Leopard Hound. 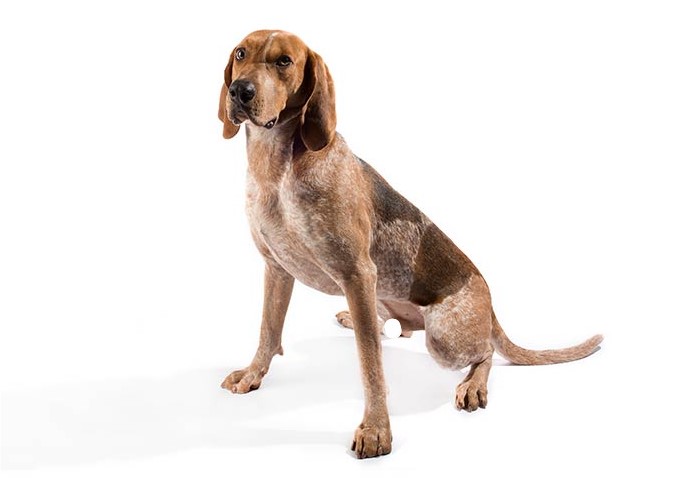 All Coonhounds have external similarities: strong, muscular body, good performance in all weather conditions. The male reaches 70 cm at the withers, his body weight reaches 50 kg. The female’s weight varies from 32 kg, and her height does not exceed 63 cm. During movement, Coonhound shows lightness and ease. When running, the front legs of the dog are well brought forward, and the hind legs contribute to an easy repulsion. External characteristics of the Coonhound:

Each Coonhound variety is characterized by a short, shiny, and smooth coat. The main differences between species are associated with color. 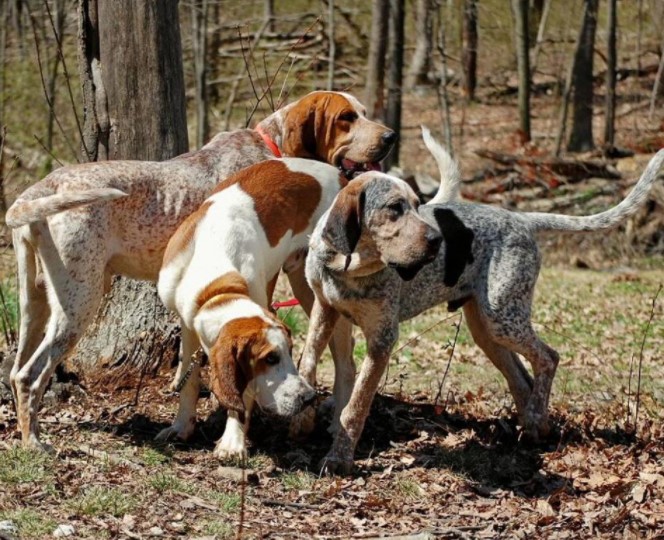 Coonhounds are very hardy and hardworking dogs. Fearlessness and strength allow them to hunt larger animals. Hunters use these dogs to bait pumas, deer, and even bears.

The harsh nature of the work does not manifest itself in any way at home, where the Coonhound becomes a devoted, playful, affectionate, and sociable pet. If the dog has passed the training course, it always hears and executes the commands required from it. Coonhounds are by nature independent and slightly stubborn, therefore they require behavior correction and training.

If the family has children, then the Coonhound will very quickly become their best friend. The natural activity of the dog is well suited for this. She can run and play with children for hours on end, without feeling tired and without showing aggression and intolerance. It is important that the age of the child matches the size of the dog. In the game, the dog can knock the baby down with an awkward movement. The Coonhound is also an excellent home guard. She is wary of strangers. She gets along well with other dogs in the family. But natural hunting instincts do not allow the Coonhound to find a common language with other animals. The dog perceives small rodents, birds, and cats as prey. 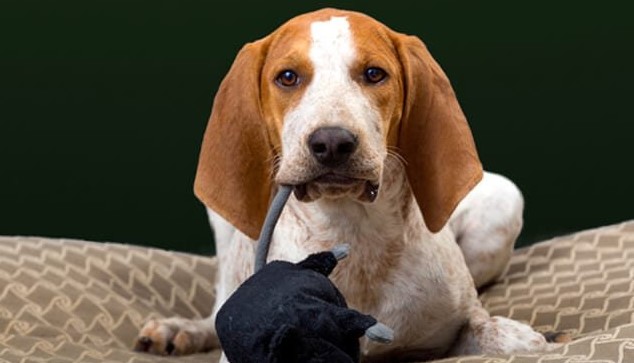 The Coonhound has a short coat that does not require complex care. It is enough to comb the dog at least once a week. Despite the fact that the Coonhound is smooth-haired, the dog sheds very profusely. This is a definite inconvenience in apartment maintenance. In addition, the coat has a pungent odor that is common to many hunting dogs. It cannot be removed by frequent bathing using cosmetics. Therefore, bathing the Coonhound should be done only when absolutely necessary. Caring for your Coonhound is no different from caring for other dogs and includes trimming your nails, keeping your teeth, eyes, and ears healthy.

Content in a spacious aviary is considered the most acceptable for a Coonhound. The dog needs constant movement, which is difficult to provide with an apartment. If the dog does not move much, then sooner or later he will face diseases of the musculoskeletal system. Dogs with open-air cages, all the same, need long active walks. The Coonhound must communicate with the owner regularly The dog tolerates cold air well, so it can live in a booth. For the winter period, it must be well insulated. 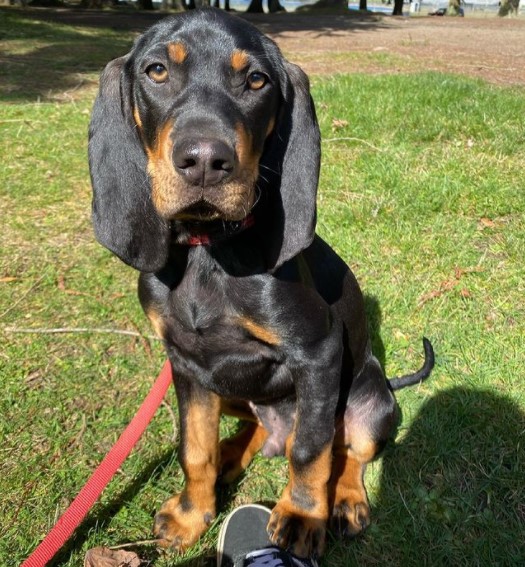 Coonhound has good immunity by nature. But even such dogs have some diseases:

The main diseases of the Coonhound are associated with hunting. It is during the rut that the dog most often gets injuries to the limbs and eyes. Direct contact with wild animals is associated with the risk of parasitic and infectious. You can only protect your pet by timely vaccination, treatment against parasites, as well as preventive medical examinations. If the dog is provided with a balanced diet and qualified medical care, then the risk of developing diseases is significantly reduced.