Nara is an ancient city with a rich history, which was once the capital of Japan. Numerous sights, ancient temples, and other buildings that attract tourists and pilgrims have remained from the former greatness. But the main attraction of the city is its sika deer, which are declared sacred animals here. Now there are about 1200 lazy, well-fed deer in Nara, which roam the streets of the city in herds and cheekily poke their muzzles (or hooves) at tourists, waiting for handouts – special crackers are sold for deer everywhere. 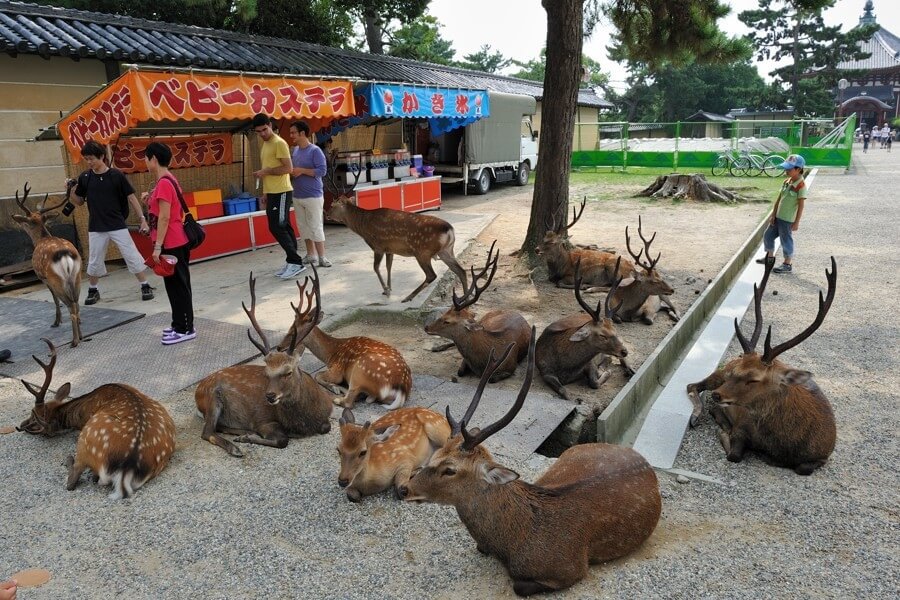 Hundreds of animals walk around the city, and no laws are written to them. It is impossible to drive away from the sleeping person even from the highway. It should be carefully avoided. 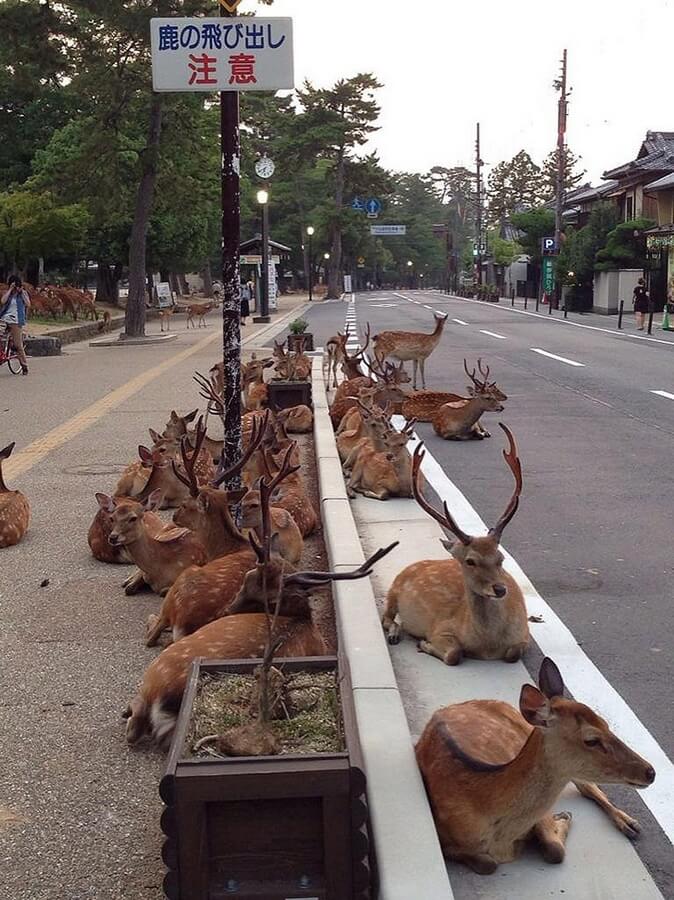 The fact is that residents have been observing the rule for more than a thousand years. According to one of the legends, all local artiodactyls are descendants of the mythical deer, on which the first emperor of Japan descended from heaven. The only thing that is allowed is to buy them wholesome and satisfying food. 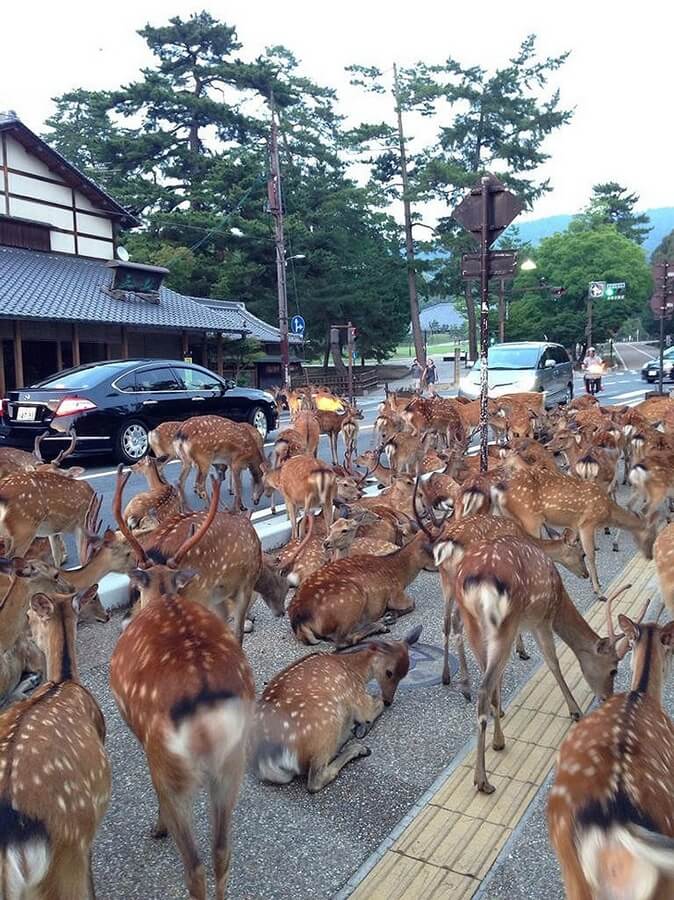 According to legend, after the proclamation of Heijo-Kyo (the old name of Nara) as the capital of Japan, the god of the sanctuary Kasuga Taisha came to defend this city on a white deer. Since then, deer are considered to be the messengers of the gods, protecting the city and country. 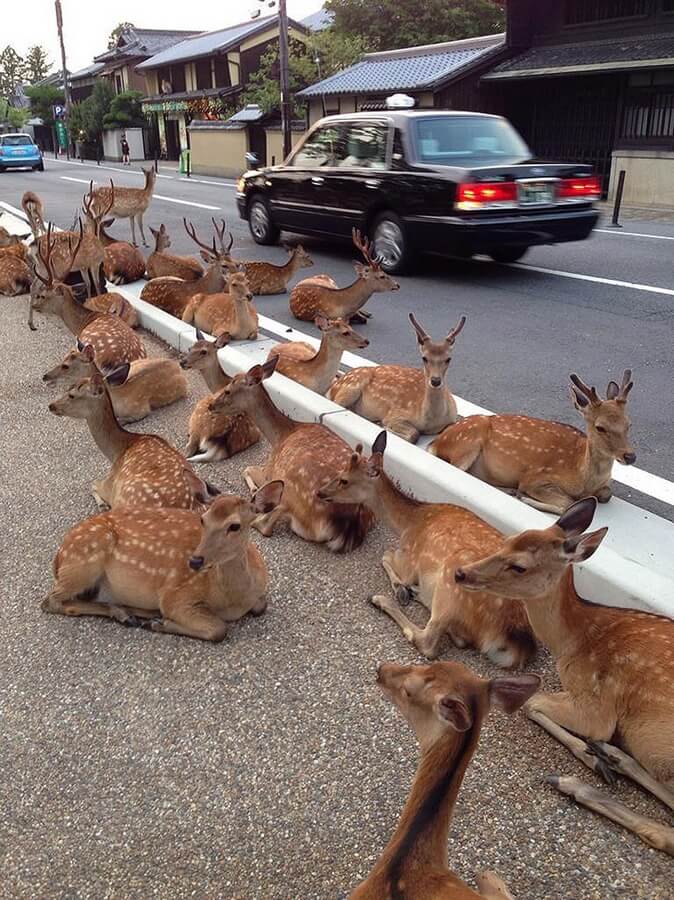 The guidebooks say that there are 2,000 deer there. They really come across at every step. And near every shop with Shika-senbei (deer cookies), they hustle, surround tourists, and crave these cookies. Leaves from trees or grass from deer are no longer considered food compared to Shika-senbei. 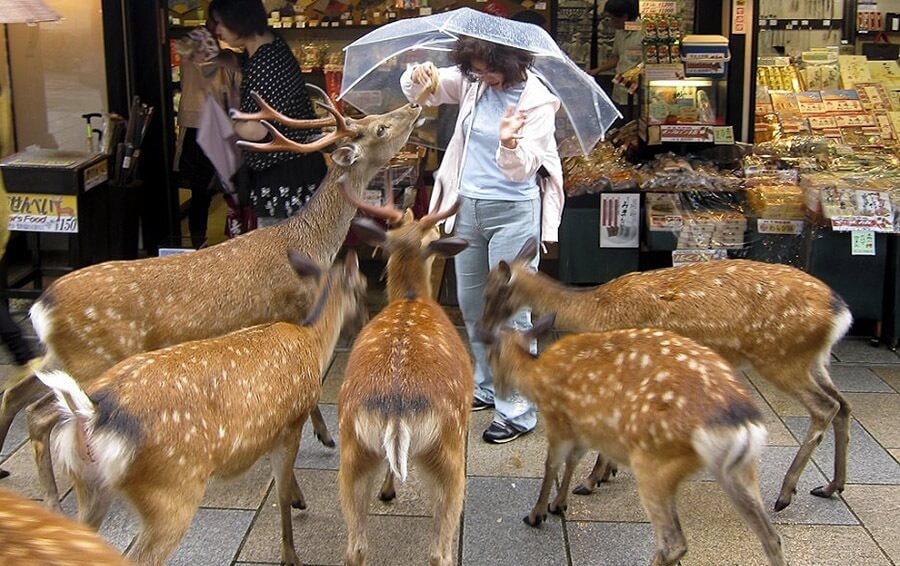 As soon as someone buys a cookie, the deer begin to beat off the cookie. Animals come from all sides, push each other away, fight for cookies, snatch them out of their hands. If they had horns, the deer would hurt each other. But deer do not always have antlers. 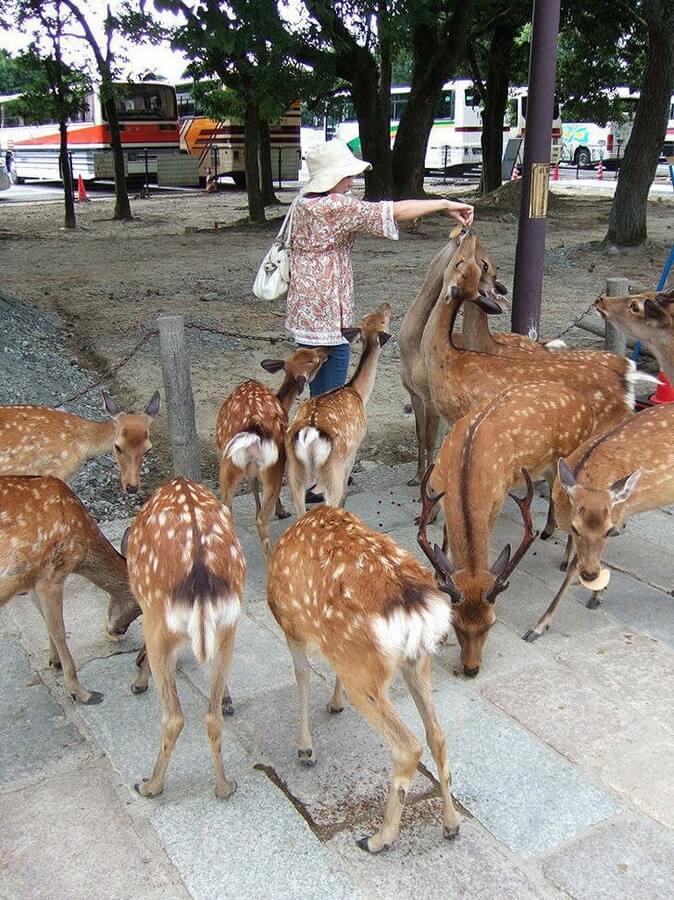 Every year in October, Nara hosts a special Shika-no-tsunokiri festival. On this day, all deer that have grown antlers are caught and the antlers are removed. 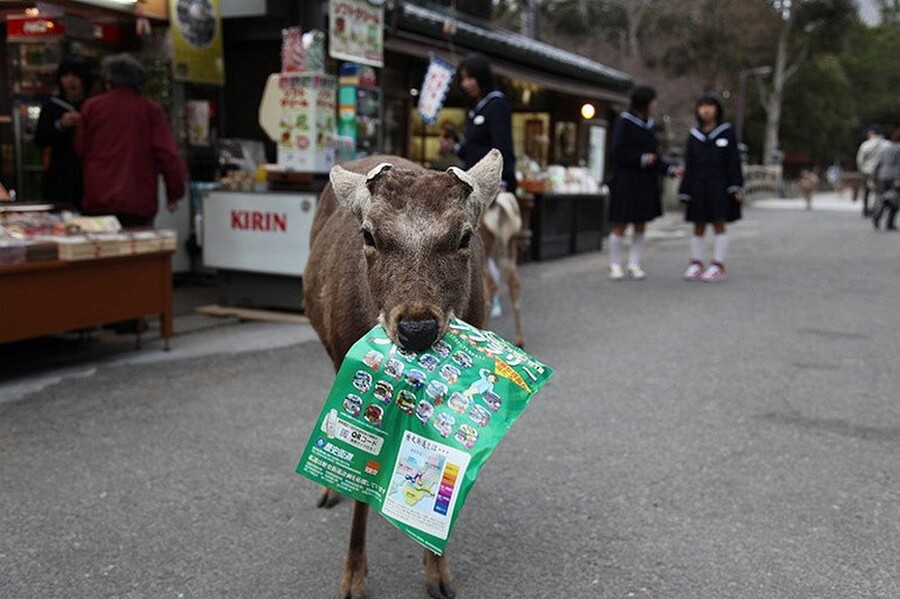 Another tradition is associated with these deer. At the end of winter, when there is too little food, the reindeer are specially fed. They are summoned for dinner by a musician who plays Beethoven’s 6th symphony on the horn. This tradition has existed since 1892 and was interrupted only during the Second World War, but was restored in 1949. On February 11, 1979, the famous Italian trumpeter Nini Rosso set up an experiment and played the 6th symphony for them not on the horn, but on the trumpet, but the deer recognized a familiar melody and came out of the thicket to him. 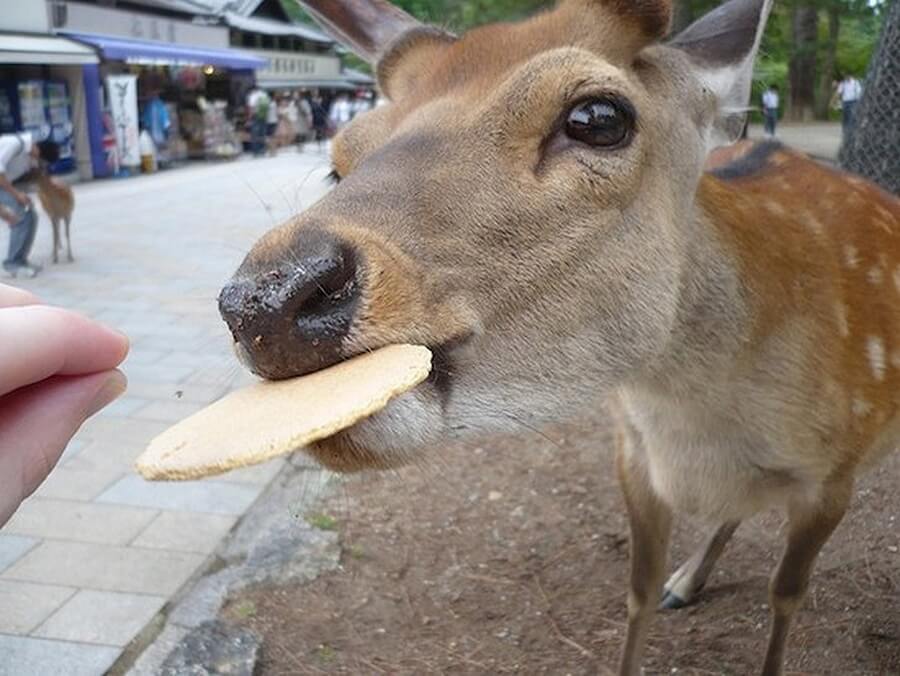