Eastern Box Turtles are a secondary terrestrial turtle species. These omnivorous turtles live on land, but do not mind swimming in the water. They live in the southern United States and Mexico. Males differ from females in bright colors. These turtles are able to completely cover their shell due to the movable hinge. 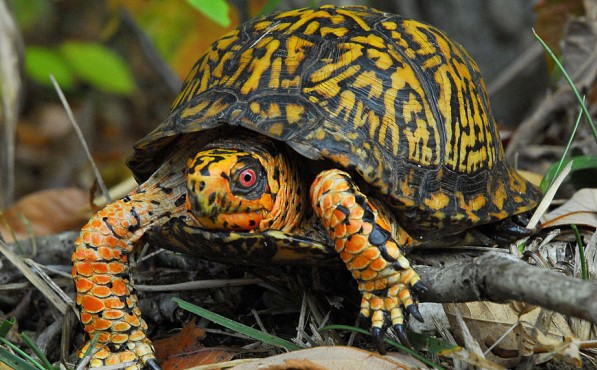 Box Turtles carapace length – up to 20-23 cm. Turtles have a very large domed shell. The color of these reptiles is quite bright – bright yellow spots and stripes stand out sharply against a dark gray background. Especially beautiful is the iris of the eyes, which in males has a bright red color, and in females it is reddish-brown. In small turtles, the sex can be distinguished by color (males are darker, females are lighter), also with age, the concavity of the plastron becomes more pronounced in males and the tail becomes larger. The carapace of males is lower than that of females.

There is a hinge on the plastron, with the help of which the turtles are protected from natural enemies: with the front part of the plastron, they cover the head and front paws, pull the rest to the carapace, thereby covering the tail and hind legs. The ability to completely hide in the shell is reflected in the name of this species of turtles – Box Turtles. In young Caroline turtles, the hinges on the plastron do not work, therefore, for self-defense, they emit a smell that scares away predators.

Terrapene Carolina Major – The largest subspecies with an elongated carapace and four toes on its hind legs. The pattern on the carapace is either absent or is represented by an indistinct reddish-brown pattern. The rib on the marginal scutes is well defined.

Terrapene Carolina Triunguis – Carapax reddish brown or olive with a fuzzy pattern. Head and forelegs have orange or yellow spots. In males, the head is often red. There are usually 3 toes on the hind legs.

Terrapene Carolina Bauri – Carapax with a bright pattern consisting of light radial lines. There are three characteristic lines on the head. There are usually three toes on the hind legs.

Terrapene Carolina Yucatana – Carapax is tall, domed, reddish-brown, or straw in color with dark rays and dark edges of the scutes. The third vertebral plate acts as a hump. The heel edge shields protrude slightly. The hind legs have four toes. 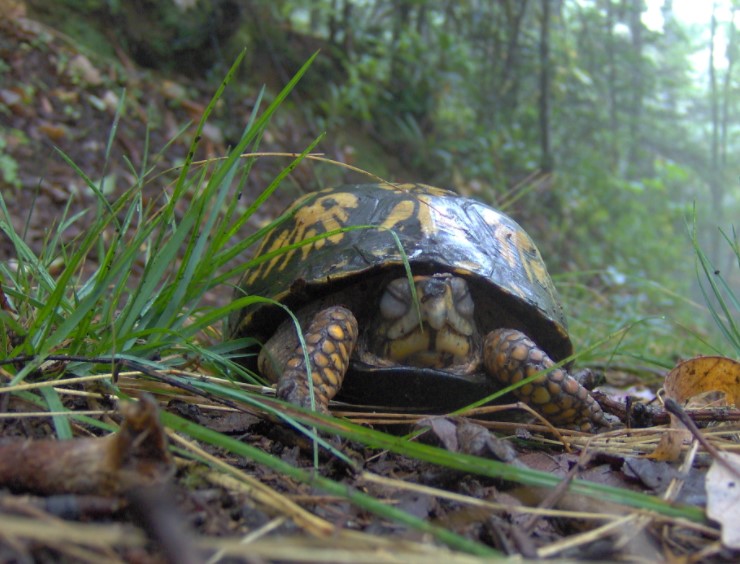 Box Turtles live in the United States (from southern Maine to the south to Florida including the Florida Keys and west to Michigan, Illinois, Kansas, Oklahoma, and Texas) and Mexico (near the Gulf of Mexico). There are also populations in New York State.

Despite being a freshwater turtle, the Eastern Box Turtle is more like a land reptile. She lives in different biotopes: semi-deserts, forests, thickets, meadows. Basically, turtles settle on the banks of a large reservoir, more often in forests than in open areas. Lead an active lifestyle. In the morning and evening, there is a peak of activity and a period of rest in the middle of the day. Most active during heavy rains and cloudy weather.

She spends all the time on land, only in very rare cases enters the water. During the heat, it buries itself in the ground.

It also hibernates on land, burrowing into soft soil or leaf litter, while its front legs serve for digging (and when laying eggs, the hind legs). If the temperature drops dramatically for several days, the turtle may freeze, its heart will stop, but the turtle will not die. 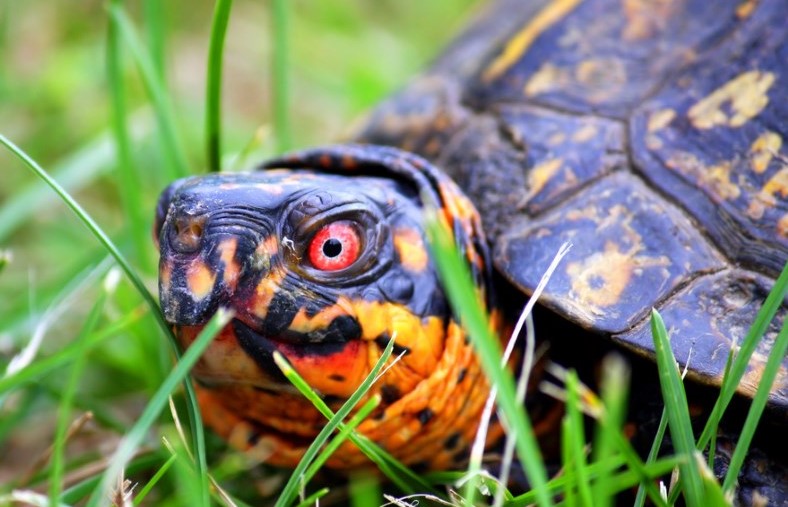 The turtle’s food is earthworms, newborn mice, liver, fish, mollusks, insects, as well as plant foods: greens, lettuce, carrots, mushrooms, berries. Turtles also eat poisonous mushrooms without any visible harm to their health. It is possible that this is why there have been cases of people poisoning the meat of these turtles. Mix the vegetable mixture with fish or meat. 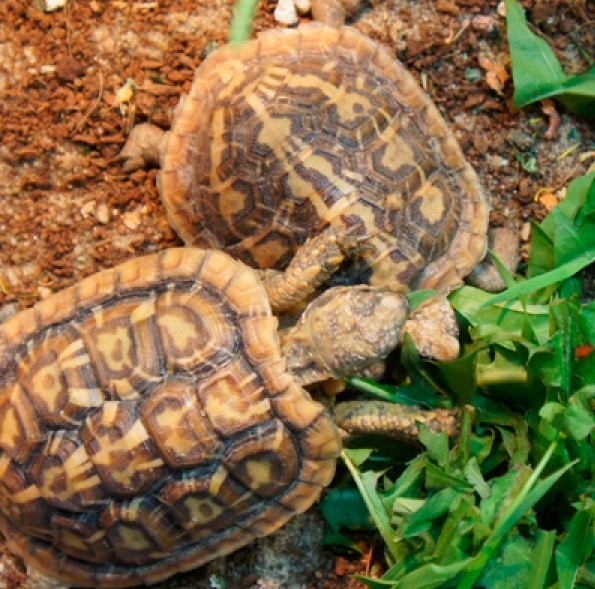 Reproduction begins in the spring. Males attract the attention of females by biting them, as well as colliding with them with shells. In May-July, females lay 2 to 7 (1-11) eggs in one nest. There can be up to 5 clutches per season, although more often 1-2. In autumn, young turtles hatch from them and, without appearing on the surface, remain in the nest for the winter until next spring. The incubation temperature is 29-31 (22-25) C and the duration is 56-60 (50-90 days or 2.5 months). At an elevated incubation temperature, females hatch, at a lower temperature, males. 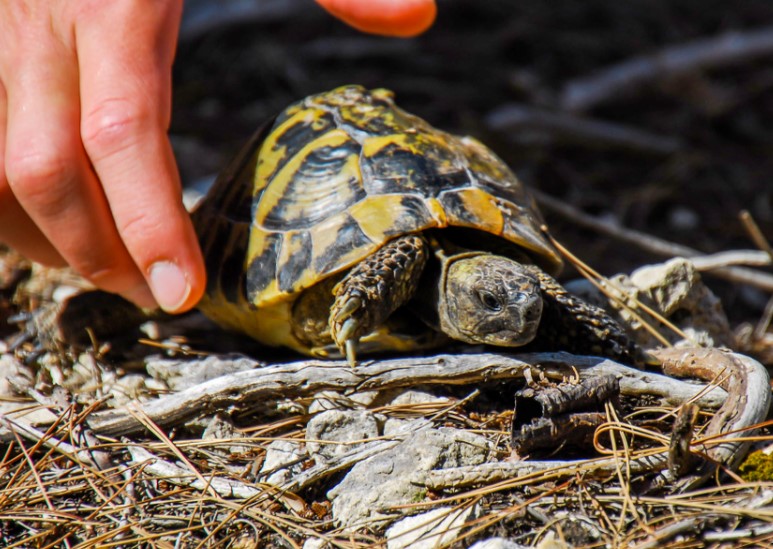 Terrarium with 70-80% relative humidity. The soil can be mixed with sand or peat. The soil layer is 8-10 cm thick. Be sure to make a spacious shallow pool in which turtles like to lie down.