Many species of fish in nature live in reservoirs with muddy water. In order to navigate in space under these conditions, in the course of evolution, they develop a variety of adaptations, the most interesting of which is the generation of weak electrical signals, which is characteristic of an unusual aquarium fish – the Nile elephant.

Gnathonem Peters or the Nile elephant (Gnathonemus petersii) belongs to the Mormir family or Long-snout. The name of the family reflects the characteristic feature of the external structure of the elephant fish – the mouth apparatus is elongated in the form of a long proboscis, with the help of which the fish dig the muddy bottom in search of food. The species is named after the famous German zoologist Wilhelm Peters. 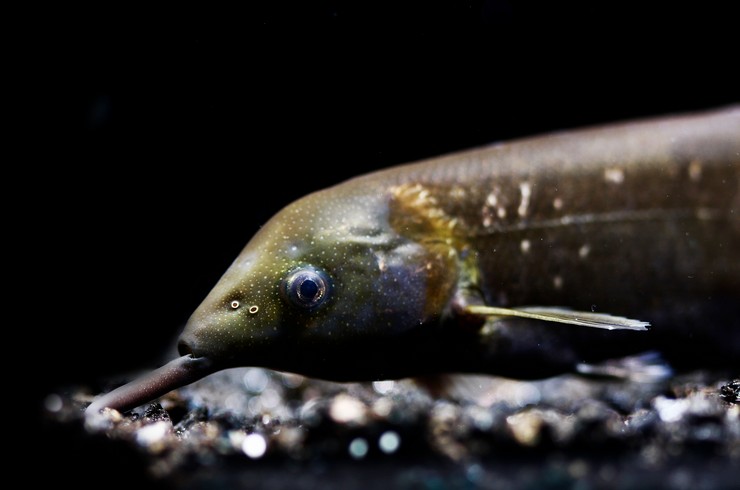 But, in addition to an interesting appearance, the fish also has a number of other features. They have an organ on their tail that can generate short electrical impulses. A large number of nerve endings are located on the head, proboscis, and skin of the fish, which perceive even the smallest distortions of the electromagnetic field. Such a system allows the fish to navigate in space, look for partners and food. It is also worth noting the good development of the brain and especially the cerebellum – the department responsible for the coordination of movements.

This species is rarely found in aquariums because gnatonem requires special conditions. Not recommended for beginner aquarists.

The high sensitivity of fish to water quality in Germany and the United States is used as an indicator of the state of water in urban water supply systems.

The Nile elephant has an elongated body compressed from the sides. In nature, fish can grow to a size of 25 cm but rarely grow more than 15 cm in an aquarium.

A distinctive feature of gnatonems is the “mouth”, or rather the modified lower lip. It has the shape of a proboscis, which makes it look like an elephant. With the help of it, the Nile elephant finds its food in the muddy bottom of the reservoirs. 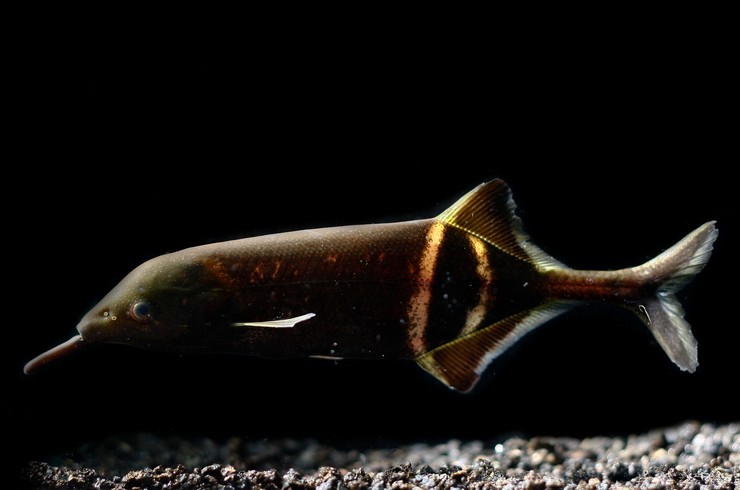 Sexual dimorphism is not pronounced. Females are larger than males and have a more rounded abdomen.

In favorable conditions, life expectancy can reach 7-10 years. Although there are cases when elephant fish lived to a record 25-26 years.

In nature, Peters’ gnatonem is widespread in the equatorial and tropical waters of Africa. It can be found in the lower reaches of the Nile, the rivers Niger, Chari, Ogun. A typical biotope is a slowly flowing body of water with muddy and dark water with a lot of aquatic vegetation. It dwells mainly in the bottom layers and is nocturnal.

The elephant fish is a schooling species, it is necessary to contain at least 6 individuals, otherwise, intraspecific aggression is possible. For such a number of fish, an aquarium of 200 liters or more is required. It must be equipped with a lid without fail since the Nile elephants tend to jump out.

It is best to use sand as a substrate so as not to damage the sensitive “proboscis” of the fish. Smooth stones and driftwood are used as decorations. Given the nocturnal lifestyle of gnatonems, the lights in the tank should be dimmed to keep the fish safe. Of the plants, shade-tolerant species are used: anubias, mosses, ferns, Vallisneria. 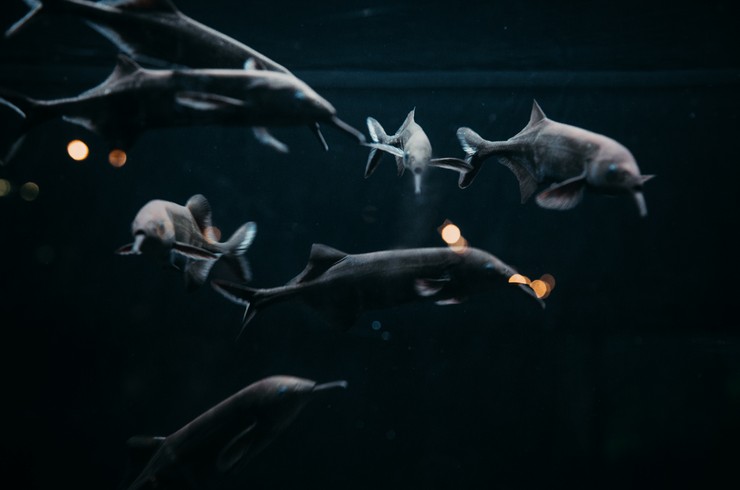 It is desirable to have a large number of hiding places in excess of the number of fish in the aquarium. Elephant fish are very fond of hollow tubes that are open on both sides.

The key to a comfortable life for Nile elephants is stable water parameters. Do not plant fish in “young” aquariums with an unsettled biological balance. For high-quality water treatment, it is necessary to install an effective external filter and compressor. The current should not be weak.

Water changes of up to 30% of the aquarium volume and cleaning the soil with a siphon are necessary weekly. We must not forget that the fish is sensitive to drugs and salt. It is also advisable to regularly test the water in the aquarium for the content of nitrogenous compounds.

The elephant fish is a species that is not characterized by aggression towards neighbors in the aquarium. Content is possible even with species that are several times smaller in size. The best companions will be African fish: ctenophores, cynodonts, butterflyfish, kalamoichta, tetra congo, etc. It gets along well with peaceful cichlids – scalars, geophagous.

Fish should not be added to active and aggressive species: slower elephant fish will lose the competition for food. This species is completely indifferent to plants. 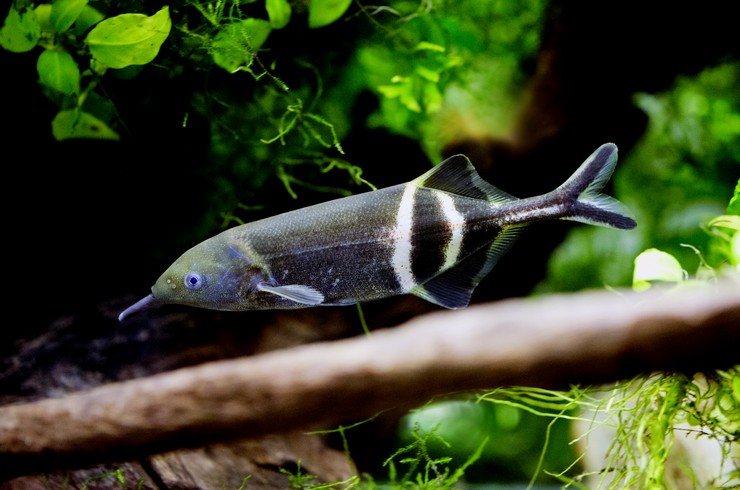 In nature, elephant fish feed on insects, worms, and other small invertebrates, which are found in the muddy soil with the help of their “proboscis”.

Unfortunately, fish do not take dry food well. Few of them get used to flakes and sinking granules like TetraMin or Tetra Discus. The basis of the diet is bloodworms and tubifex, sometimes you can feed them with small pieces of lean fish. All the food of the elephant fish is collected at the bottom, but before they eat it, they throw the prey up. It is important that gnatonems do not have active fish in their neighbors that can quickly eat the provided food. Often, fish are able to feed on the owner’s hand.

At the moment, there have been no successful breeding cases of Nile elephants in the aquarium. Many of them are caught in the wild. Under natural conditions, the fish become sexually mature at the age of 2-3 years. The fecundity of females can reach 2000 eggs, and the incubation period lasts about two weeks. The researchers believe that the inability to reproduce is associated with a decrease in the sensitivity of fish to electrical signals in captivity. Namely, these signals make it possible to recognize members of the opposite sex.