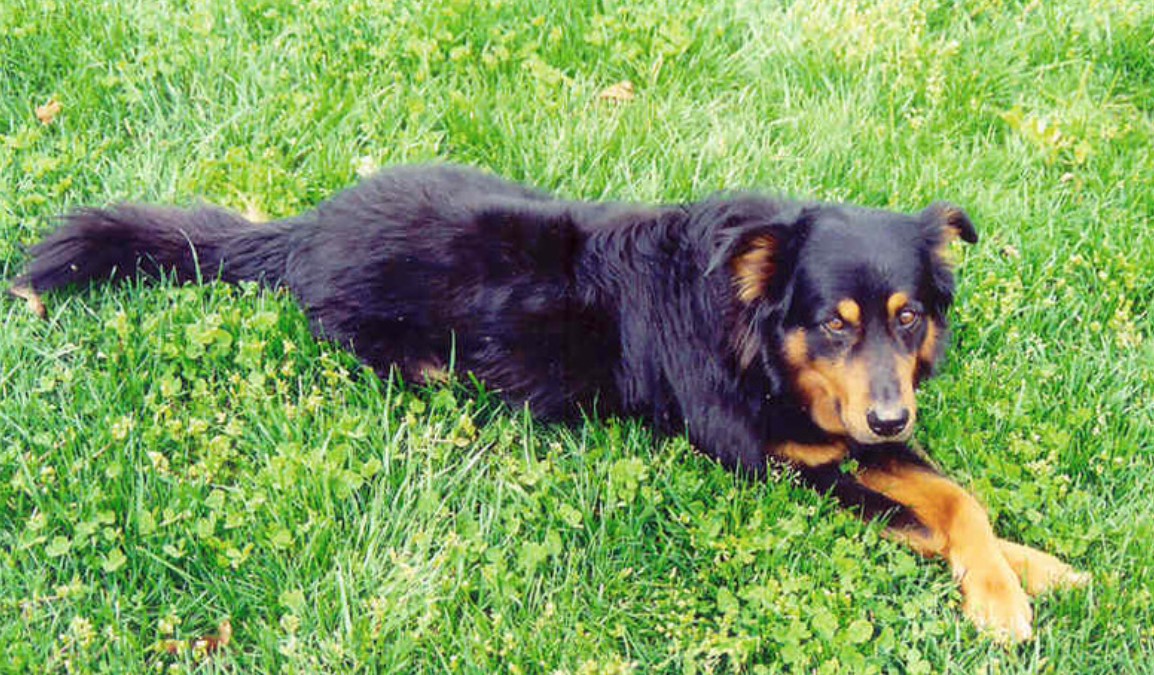 Those of them, who were sheltered by the local residents, began to be crossed with the existing local shepherd dogs, thereby enhancing their working qualities, and later these dogs, together with the first settlers, reached the American colonies. American farmers greatly appreciated this versatile breed and used dogs to protect their farms and guard their livestock. In an effort to constantly improve the working qualities of this breed, the Americans poured into it the blood of the old type collie, Scottish collie, border collie, and other herding dogs. The result of many years of work was achieved – an energetic, hardworking, and talented shepherd was born – the English Shepherd, which in 1934 the breed was recognized by the United Kennel Club (UKC). The English Shepherd is an athletic and agile dog, its muscular and strong legs allow it to travel long distances even in the most difficult terrain conditions, as well as instantly change direction. She has a medium-sized head, tapering towards the nose, wide, high-set ears, a fairly large nose that the dog can smell the finest shades of odors, and a long fluffy tail. The coat of the English Shepherd is of medium length (on the head, near the ears, and on the front side of the limbs, it is smoother and shorter), in texture it can be either straight or wavy. Four color options for the English Shepherd are allowed: black and white tan, sable and white, black and tan, and the tricolor of black, brown, and white. Also, in any of the color options, a black mask on the face is acceptable. The height at the withers of the English Shepherd is from 46 to 58 cm, weight is from 18 to 27 kg. Despite the fact that the English Shepherd is an independent dog, it loves to work in the company of its owner and with great pleasure to carry out all his commands. But at the same time, the dog needs a minimum of instructions – after all, he himself knows very well what to do and always works clearly and without unnecessary movements. He is able to quickly react to force majeure events: for example, if suddenly one of his charges is nevertheless dragged away by a predator, he will find a wounded animal and take it to the place. This capable dog is very alert, and the expression of his dark eyes is always serious and alert. In free time from work, the English Shepherd is not averse to rest and lazy to lie on the grass, but when it needs to be on duty again, it quickly switches. This hardworking dog does an excellent job of protecting the house, and in addition, you can safely leave children under his supervision. Also, this breed of dog successfully participates in various sports such as agititi, flyball, and frisbee. And this dog is also an honored worker in the field of medicine: he often visits patients in hospitals and sanatoriums. By the way, English Shepherds are also known for their rare ability to climb trees. In American advertising brochures from the 1950s, this agile dog is depicted climbing a tree after a squirrel, raccoon, or possum with the caption: “The English Shepherd can get anything and anyone from the tree.”