Recently, the public has become seriously concerned about the fate of the common seagull. And the whole point is that a strange bird settled down to live next to the railroad track. Such brave birds live in Scotland, namely this one near the city of Lohaberg.

For the first time, the bird was seen by passengers on trains passing by its nest. The bird did not even move – calmly, practically not paying attention to the trains passing by, it incubated its eggs. 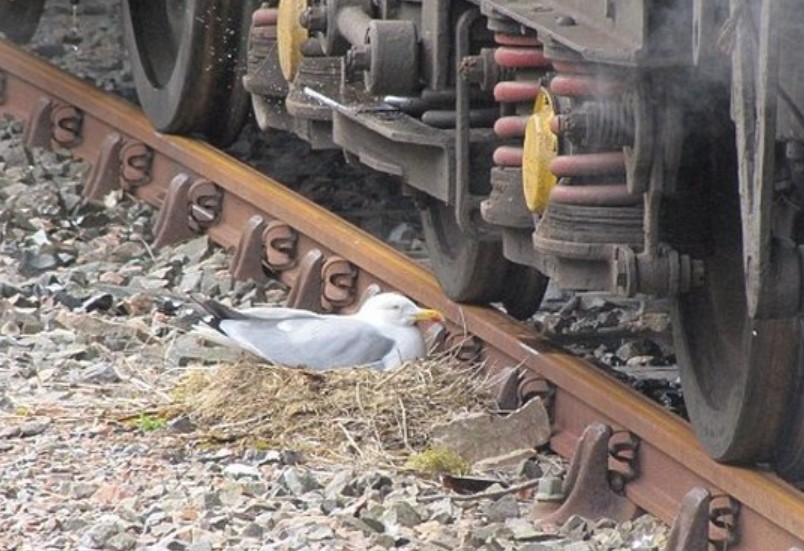 People believe that the nest appeared when this branch line was closed for repairs. Now everyone is worried about what will happen to the chicks that hatch a couple of centimeters from the rail. There are thoughts to carefully move the seagull and the nest to a safe place, but there is a risk that the frightened bird will leave its clutch because of this.