This incredible creature is an armored pike. Its size can reach three meters, and it was nicknamed the alligator fish because of its resemblance to the crocodile genus of the same name. This species is the largest among the armored pikes. 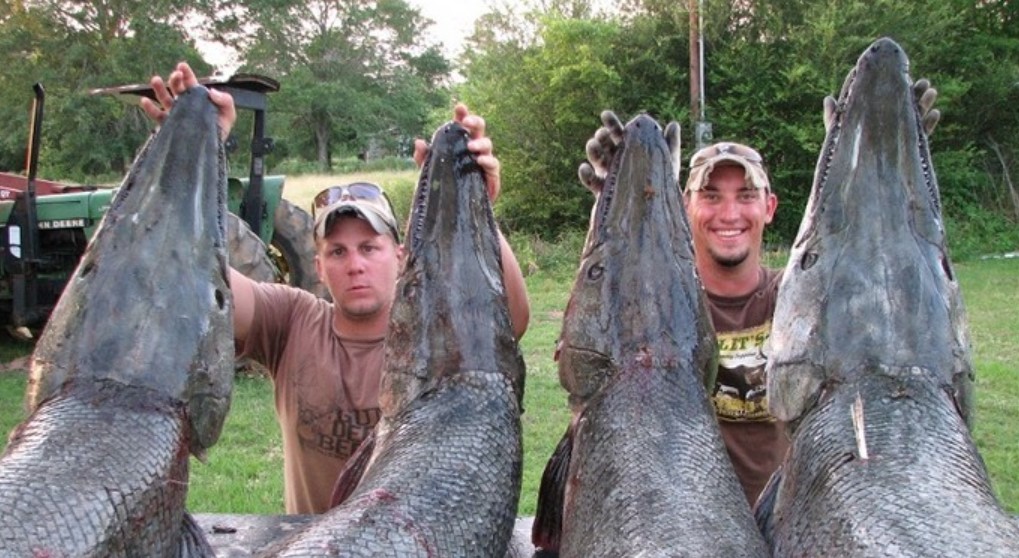 These giants live in the fresh waters of America. You can also catch them in the Caribbean and Cuba. Their preference is small rivers, lakes, bays, in which there is a lot of grass and warm water.

As soon as this type of fish is not called – and carapace, and ganoid, and Gaspar … If you look at this fish, you get the idea that time has not influenced it in any way. The appearance of these creatures has not changed in any way in one hundred and fifty million years.

The whole body of a carapace pike is covered with scales. Inside the scales, the base is of a bone type, and outside there is a kind of enamel that makes the scales shiny and smooth. 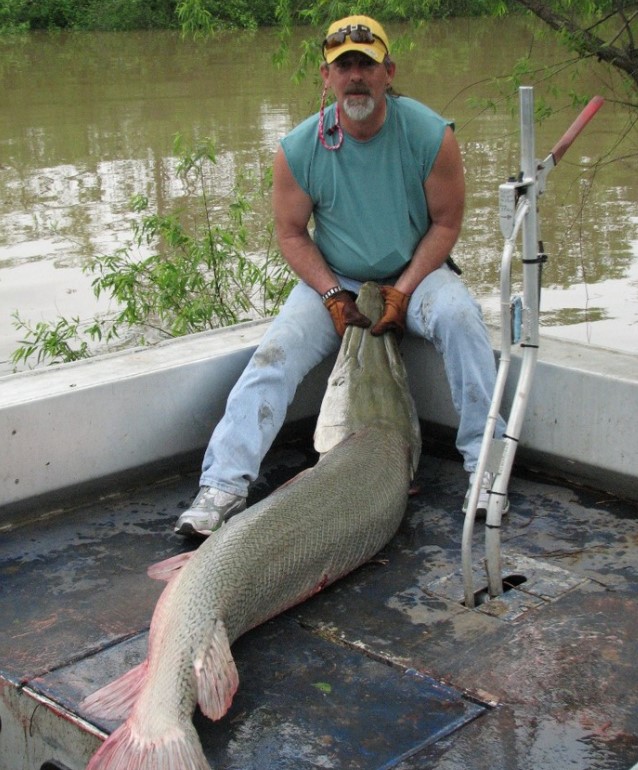 The ganoid can reach one meter in girth, and more than three in length. Some lucky ones managed to catch specimens up to one hundred kilograms.

According to official sources, the largest Gaspar weighed 123 kilos and was three meters long without seven centimeters.

The fish have large eyes, as the waters in their habitat are usually cloudy and they need to have good eyesight. The greenish color of the pike helps it to be relatively unnoticed.

The mouth of the representatives of this species resembles an alligator – it is long, and inside there are sharp teeth that at once tear apart the prey.

Gaspar is a real swallow – he is ready to tirelessly absorb food, and his stomach can stretch to such an extent that it can fit over twenty kilograms of fish. Like humans, females have the greatest appetite when preparing to produce offspring.

Those individuals who are unlucky enough to grow large hunt in flocks – having formed a semblance of a ring, drive their victims to the shore and devour it there.