There is a family in the Belarusian village of Zacherevye that has kept wolves as pets since 2009. The head of the family, Oleg Selekh, is a local hunting expert, who once brought wolf cubs from the forest (apparently orphaned). Wolves live on the territory of the hunting farm, which is located in the Miory district of the Vitebsk region. Predators (two males and a female) brought offspring for the first time this spring. 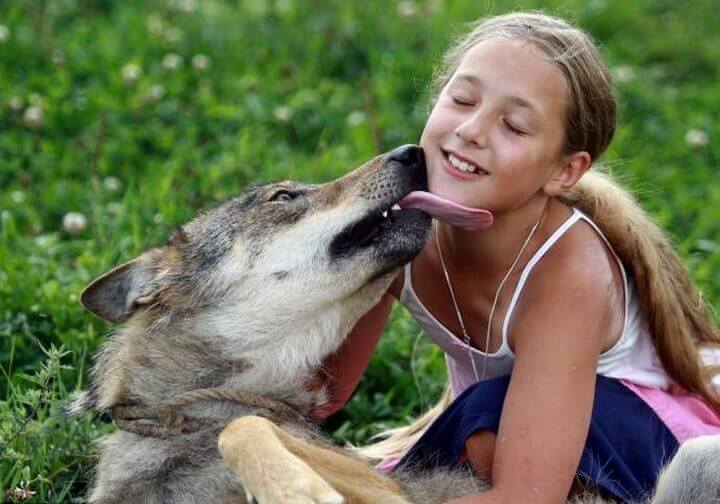 Oleg’s daughter, ten-year-old Alina, treats wolves as pets, and they respond to her with affection and even allow the girl to ride on them. When Alina strokes a wolf, he will never bite her, but on the contrary strives to lick her in the face, completely obeying the mistress, as is customary in a wolf pack with her strict hierarchy. It is hard to believe, looking at these photos, that we are talking about ferocious predators. 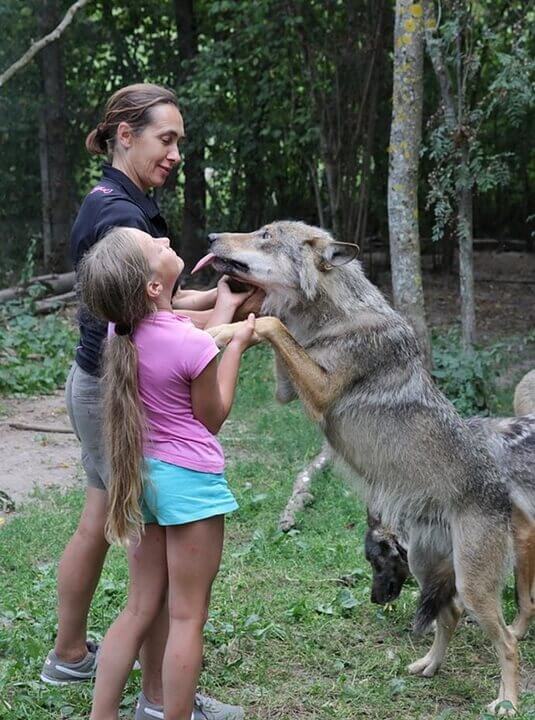 Elena Selekh says that her husband Oleg is fluent in a sound device designed for talking with wolves. It is called “waba” and is used to lure wolves. 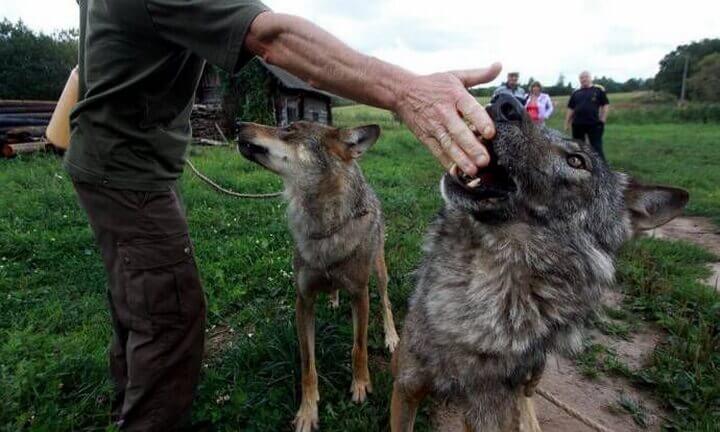 “The first wolves appeared with us more than 10 years ago. I was not lazy yet and when I came to them, before feeding them, I whined like a wolf. Cunning. Someone whistles to dogs, someone blows a horn, and I wolf Earlier, wolves walked more freely, they could run away to the forest for a hare or somewhere else. Whenever they go to the “waba,” they return. They reacted to this sound like a command “go home.” And it was terribly pleased that they were returning. This is a pleasure. And even wild wolves come to this sound. Over the past 5 years, everything has changed here. The farm has followed the path of keeping animals in enclosures, now there is a lot of deer. ” 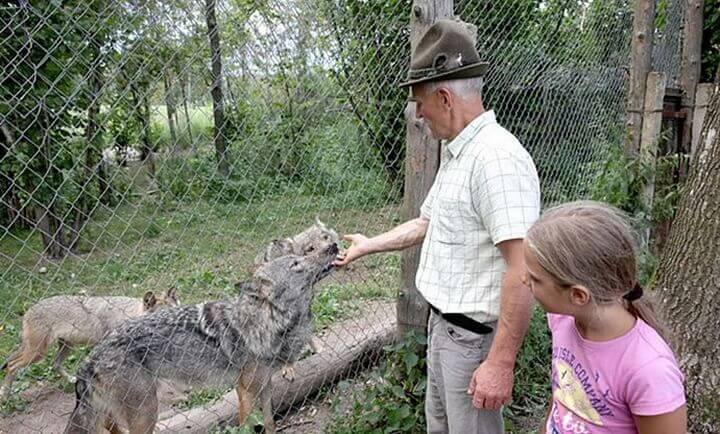 There has been a lot of talk and even controversy over whether tamed wolves will breed. There were no offspring for several years, and at the end of May 4 wolf cubs were born. Oleg told his version of this story: “Two wolves are a family, and three are already a pack. The sympathies of the she-wolf were on the side of the non-leader. Danced … You should have seen how the leader achieved it. For several years nothing worked, but in this, apparently, he achieved it. The she-wolf surrendered, and the cubs were born. ” 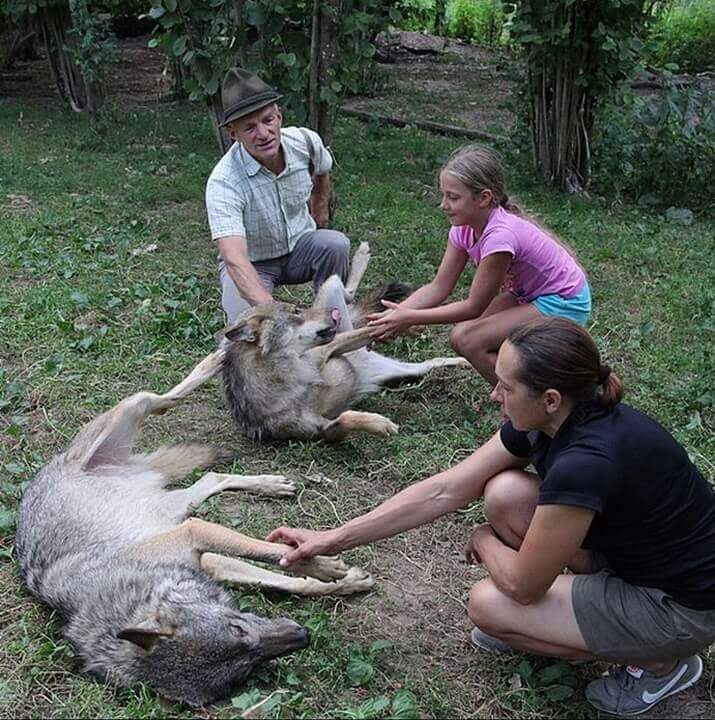 Oleg noted that this year is generally fruitful for wolves – many of them appeared in the wild, brought offspring, and families of predators tamed by people. 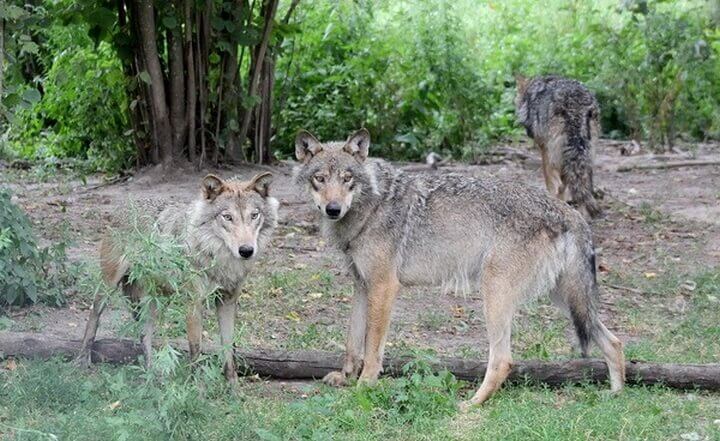 “Now I’ll show you a trick,” Oleg told reporters and began to feed the wolves through the net from his hand. The wolves, clattering their fangs, took the food. “How clever the animal is. Even if the hands are covered in blood, nothing superfluous will catch on,” the game manager stated. 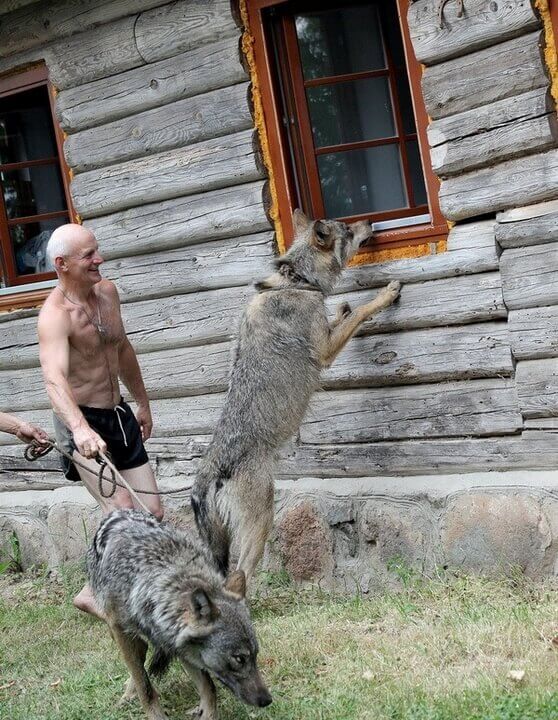 Elena Selekh talks about the she-wolf:

“Only Alina could catch her little one. I put a leash with a carabiner in her pocket, and she came up, fastened the carabiner, twisted a rope around the tree. She clung to a tree. The she-wolves are generally less gullible, and this one is completely non-contact, “the hunting manager’s wife shared her observations. Males, after having clarified their relationship with each other, live peacefully. 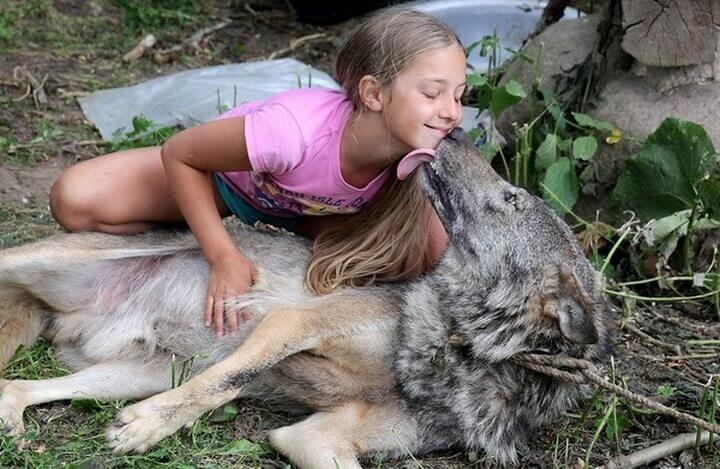 “It was interesting to watch the love triangle. The she-wolf chose one, and the other won between them. She rolls up to her beloved (this is Rhombic), and the second pursues him. And then the chosen one once – and on his back, they say, what am I, I’m nothing.” Sherik growls at a competitor, and I stand two meters away. He approaches me as if nothing had happened. His emotions are directed. What related to the wolf is to the wolf. A few minutes later he came to me with a different emotion “, – Elena recalled. 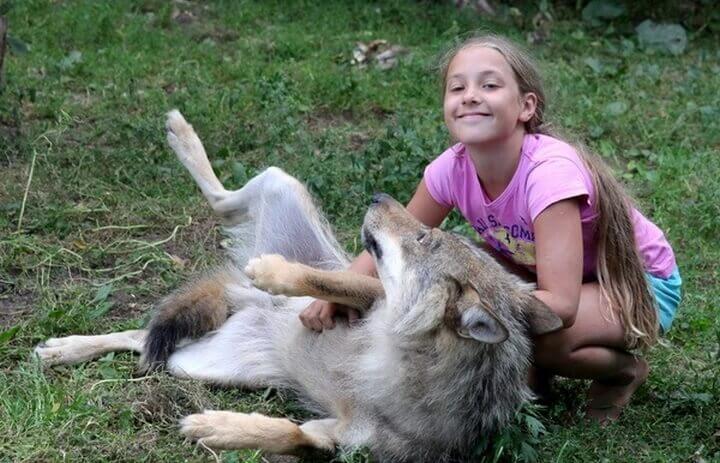 Answering a journalist’s question about what people could learn from wolves, Elena stressed that they are very loyal. “They have loyalty at the genetic level. What people forget, they remember all their lives. This is not our first experience with wolves. Once a wolf grew up in an open-air cage with huskies on our estate. Siberian huskies are the largest hunting dogs. were small in comparison with him. Among 4 huskies there was a leader. When he approached, the wolf left food and walked away. Although by physical status he could tear this dog to pieces. Then this wolf was transferred to the enclosure of the Braslav National Park, and he lived there for about 10 years All this time he was fed by the same person, but when it was necessary to be vaccinated against rabies, they called me. The wolf remembered our family and absolutely trusted me: he injected an injection under the mane absolutely calmly, “Elena said. 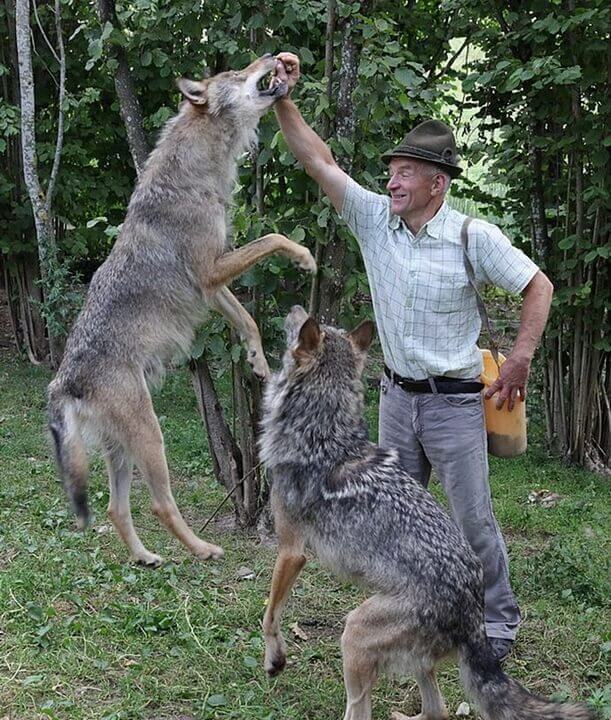 Excursions come to the enclosures almost without interruption. “In the Miory region, such a tradition is to bring a wedding to the wolves. This is where the whole wedding is arranged, Oleg takes the wolf out, and wedding photos are taken with him. There are many foreigners – Germans, French, Swedes. By the way, there were 20 Swedes at once, they came to Belarus a group of exchange children, “Elena continued.

When asked if wolves howl on a full moon, Alina began to answer. “We had a hike with a class. We spent the night here, and the wolves howled. Mom calmed them down.” Elena supplemented this story with details: “Somewhere around midnight they started to show. I open the window and say:” Do you have a conscience, the children want to sleep. So that it was quiet for me! “Everyone. Calmed down and no longer start.” Alina added that she liked the wolf howl: “Cool. True, I haven’t heard for a long time. It usually happens in the evening.”

Elena told about a special attraction that her husband knows how to arrange for travelers and tourists: “They go somewhere on a hill in the evening, and Oleg gives a” wabu “, and the wolves answer him, somewhere very close. The people are ready to turn back.” 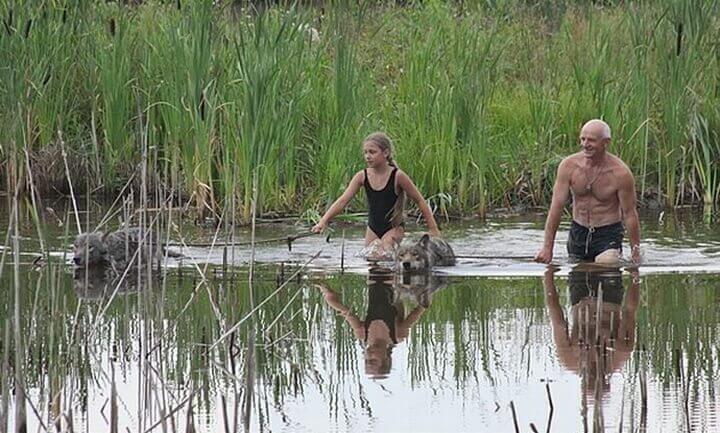 After a leisurely conversation in the aviary, it was decided to take the wolves to swim. In the thirty-degree heat and the wolves want to freshen up.