Continuing my acquaintance with the rarest dogs of the Land of the Rising Sun, I cannot but share with you my impressions of the most interesting breed, which is carefully guarded and is the property of Japan. This is Kai-ken. Like all Japanese dogs, it was named after the area in which it was bred. The fate of this dog is somewhat reminiscent of the life story of Shikoku-Inu. Fascinated by breeding European dogs, the Japanese remembered Kai-ken in the early 30s of the last century. The breed is so rare that it is not often found in Japan itself. Kai is translated as a brindle dog, which is quite consistent with its appearance, character traits, even habits. Note her unusual tiger-like color. 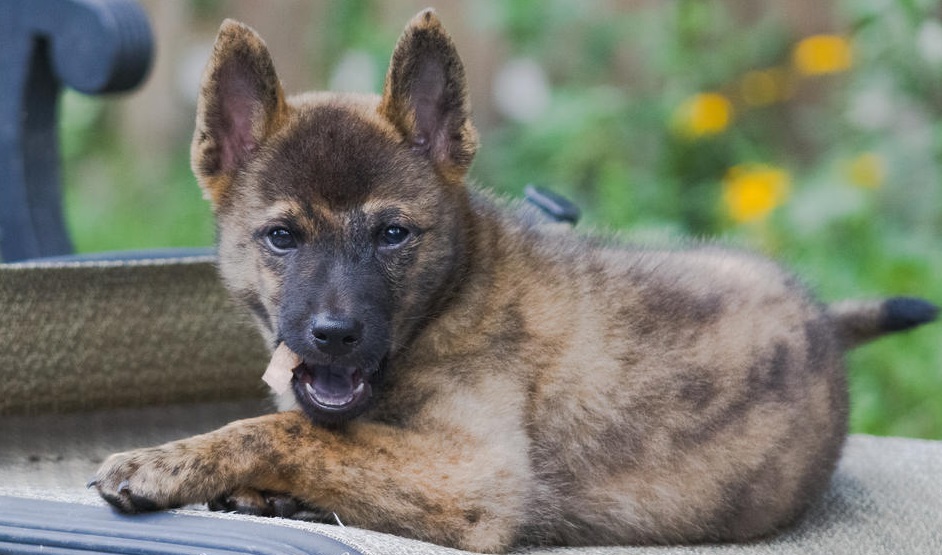 Kai-ken belongs to the average type of dog. Height at withers is from 20 to 60 cm, weight is up to 22 kg. The life cycle is up to 15 years, which greatly upsets the owners of this breed. The Japanese value this dog so much that it is very difficult to acquire it even in its homeland. But despite this, clever smugglers managed to take several individuals out of the country. This breed is so purebred that it has never had any connections with other dogs.

While studying materials about this wonderful dog, I was struck by several facts of her behavior. Firstly, Kai is absolutely easy to climb trees, and this is the only dog ​​with such a characteristic. Secondly, it can conquer any mountain peak faster than any climber. And this is not something special for her. Everything happens either during the game or during the hunt. Pay attention to this proud, independent posture, and it will immediately become clear that such qualities of Kai are due to the fact that she is very mobile, muscular, strong. And she was bred to help people to hunt large forest animals. 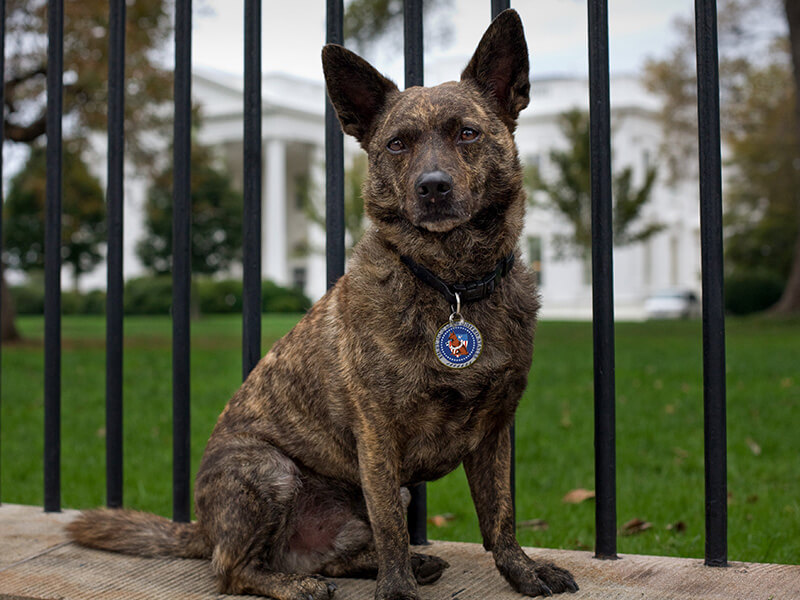 Kai-ken is extremely distrustful, she is an excellent guard. Like all dogs in Japan, she is extremely loyal to her master but expresses clear displeasure with strangers. Those who want to get this wonderful dog should know that it is extremely independent, including in terms of making decisions according to the circumstances, without waiting for the command of its owner. Therefore, she certainly needs education before becoming a full member of the family. The word “discipline” means nothing to Kai-ken.

And a weak-willed person will never be able to get along with this dog, because Kai will be the head of the family, and the owner will be the executor of the desires of this handsome man!

Of course, I will never be able to become the owner of such a dog, because I do not know the word “strong character” in relation to animals, and they feel it keenly. 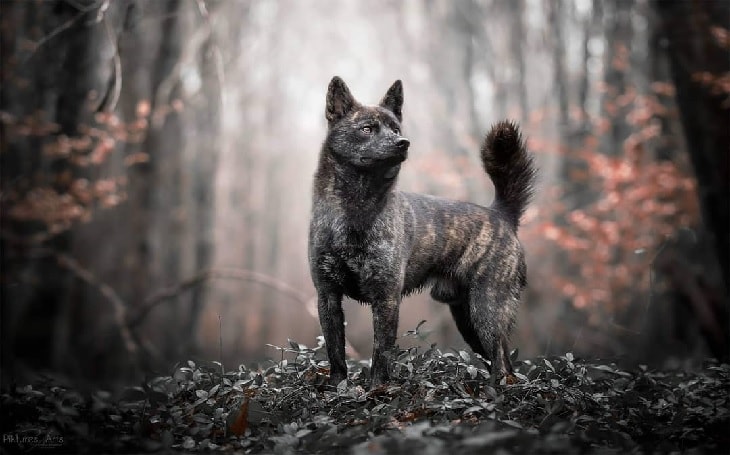 Kai-ken can live in an apartment, but he will feel extremely difficult. This dog feels much easier in a country house: it needs space, it requires great physical exertion. Kai does not get along well with his relatives, it comes to fierce fights. And with all this, even people can envy such devotion and love that “tiger dogs” are capable of experiencing. Kai is very affectionate, loving, kind, agreeable, affectionate towards children, and sometimes is engaged in their upbringing, with great pleasure is a nurse for small children.

Another feature of Kai is that in no case should you be aggressive towards her, openly express your dissatisfaction. A dog requires patient treatment, firmness, and, of course, justice. Kai’s puppies are born black, fluffy, and the brindle color appear as they grow older.

Feeding Kai is not a big effort – he is not picky about food. The dog is very clean, which is a positive character trait.