Wire Fox Terrier is a hunter, explorer, sportsman, and gamer with a mischievous but strong character. Despite the ability to equally distribute its own love among all household members, the pet, nevertheless, needs one owner who will direct and restrain its violent energy. In response, the fox terrier will try to fulfill the owner’s requirements in a timely manner, unless, of course, those do not run counter to his hunting preferences.

By their temperament, animals are energetic, mobile, alert. They are distinguished by observation and absurd character. A leash will help to restrain the pet’s leprosy because the fox at any time can break loose and run after a cat that flashed insight or rush after a car. 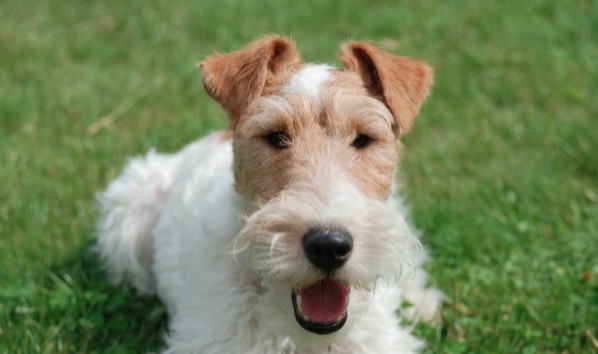 Any self-respecting fox terrier will not miss the opportunity to start a fight. In fights, they often use a “death” grip and, in order to unclench it, the owner has to indulge in long persuasions.

Despite their explosive nature, the dogs are friendly and obedient at home. They treat children well and are happy to keep them company in any endeavor. Although pets adapt well to urban conditions and living in an apartment, life in a private house is more suitable for them. Dogs have good health and immunity.

Wire Fox Terrier reacts quickly to commands from the owner. If they froze and stared at something motionless, it means that they saw something and will now rush somewhere. Lightning-fast reaction combined with fast and abrupt movements. It is extremely difficult to instill calmness in these four-legged. They are difficult to train, as they are constantly in motion.

Dogs’ sociability can be a problem for a busy owner. If the dog feels indifference from the owner, he will definitely express his displeasure in an aggressive manner. Also, if he doesn’t like something, the four-legged will roar at the owner without a twinge of conscience and will resist in case of punishment.

Pets love to bark and make noise for no reason. They are vindictive. Despite the friendliness towards children, if the child offends the dog, he will respond in kind. The more energy your pet spends on the street, the more agreeable he will behave in the apartment. In his own house, it is better to give him a separate sector so that he does not dig up the entire territory.

Like any representative of the animal world, Wire Fox Terriers have their advantages and disadvantages. Positive qualities include the ability to get along with children, sociability, friendliness, cheerful, mischievous disposition. They will always approve of any game and support you in your desire to take a walk. 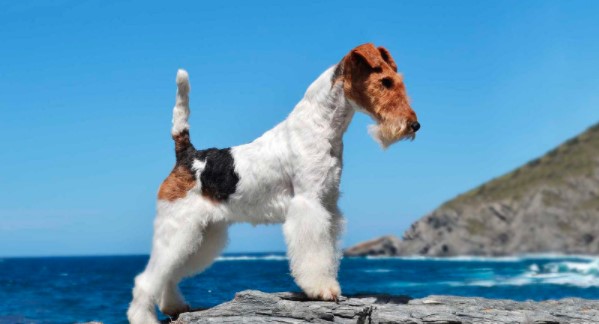 Animals have high intelligence and excellent hunting skills, loyal to their owner. Caring for them does not require special skills. The appearance of tetrapods is extravagant, a special gait cannot be overlooked. The compact size allows you to keep the dog in the apartment. They don’t require a lot of food.

Thanks to their sharp mind, the four-legged ones “on the fly” grasp commands and quickly learn to perform various tricks, including circus tricks. A pet’s courage makes the owner feel protected. The creatures’ devotion to their master is astounding.

Among the negative qualities of the breed is excessive physical activity. The animal will not feel comfortable in a family where they like to lie on the couch watching the TV or if the owner spends too much time outside the home. The pet needs long active walks.

Loud barking can cause disagreements with neighbors. Quadrupeds have a negative attitude towards other representatives of their genus and do not miss the opportunity to pounce on a cat or dog passing by. If you are not strong enough, the dog does not recognize you as the main one and will disobey. 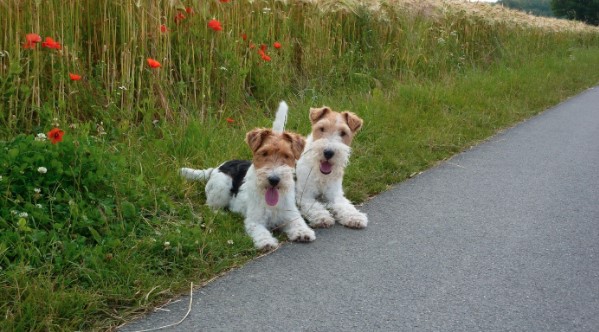 You should not have other pets, if a Wire Fox Terrier lives in the house, he will bully them all the time. A dog can show independence and stubbornness, trying to get his way. Therefore, you do not need to do him any favors, otherwise, he will find a weakness in you and will use it.