The Schnauzer has some characteristics that distinguish the pet from other breeds. First of all, they are characterized by a lush mustache, beard, and eyebrows.

The dog looks like a serious professor. Therefore, from the first acquaintance, it may be believed that the character of the pet is harsh. However, this opinion is erroneous. Schnauzers are cheerful and energetic dogs.

Three breeds are hidden under the name of the Schnauzer breed:

Miniature Schnauzers mostly play the role of pets. While the two big brothers of the dog can serve in the army or help the police.

Dogs of this breed have a thick coat with a fluffy undercoat. There are three varieties of colors:

Miniature dogs may have a white coat and are not considered a breed defect. 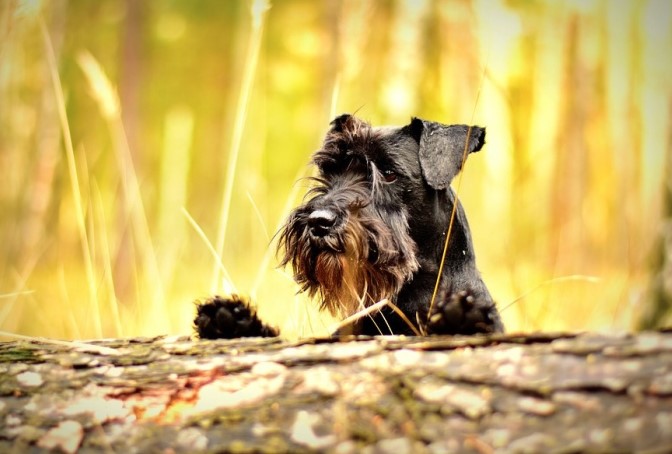 The homeland of dogs is the territory of southern Germany (Bavaria). The first mention of the pet dates back to the 18th century. It was at that time that images were created with pets, similar in appearance to Schnauzers. But at that time, animals were called Pinschers. Experts believe that the pets got this name thanks to their strong jaw. Then these dogs had a variety of coat colors: from white or yellow – to tan. Wool also differed in different types – it could be long and short, hard and soft.

The growth of dogs in the 18th century was almost 40 cm. Even then, such qualities as endurance, strength, mobility, and courage were attributed to them. Over the years, dogs with coarse coats and long hair on the muzzle have become very popular. By the beginning of the 19th century, such animals were named – Schnauzers, which translated from German meant – beard and mustache. Dogs were famous for their good rat-catching, were good cattle herders and defenders of possessions.

Then the breeders bred three types of Schnauzers, which have not lost their character traits. Scientists decided to create small, medium, and large pets of a single breed. Pugs, Bulldogs, Dachshunds, Poodles, and other pets took part in the selection work. So, soon it was possible to achieve new types of dogs. 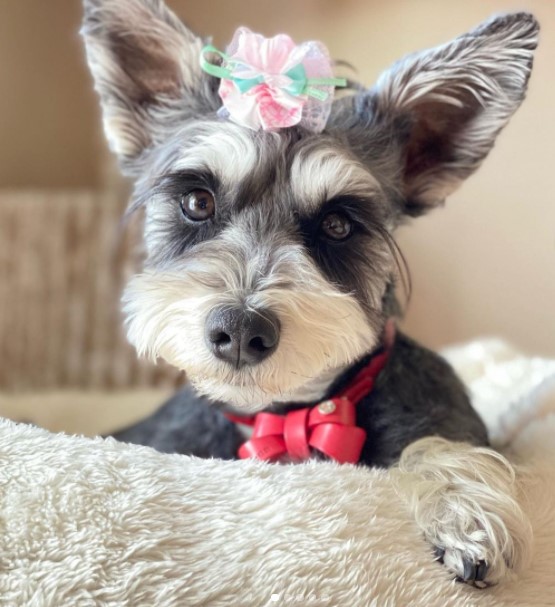 Whatever size the Schnauzer has, but the dog is smart and quick-witted. She is active and sociable, requires constant physical activity and tasks. Therefore, a Schnauzer needs an active and confident owner. The dog will try to dominate over soft and good-natured people. However, you cannot apply aggression to pets and behave with them too strictly.

These dogs are playful, especially in early childhood, so they need to be raised from an early age. Schnauzers are very good-natured and attentive to their family members.

They can get along with other animals in the family if they are used to living with them since childhood. Schnauzers understand almost everything, they have a high level of intelligence. They have great intuition and analytical ability. They can calculate any confusing situation faster than a person. Because of their method of deduction, they are taken as assistants in police stations. Dogs follow the trail well. For example, they can find a person lost in an unfamiliar area by smell. 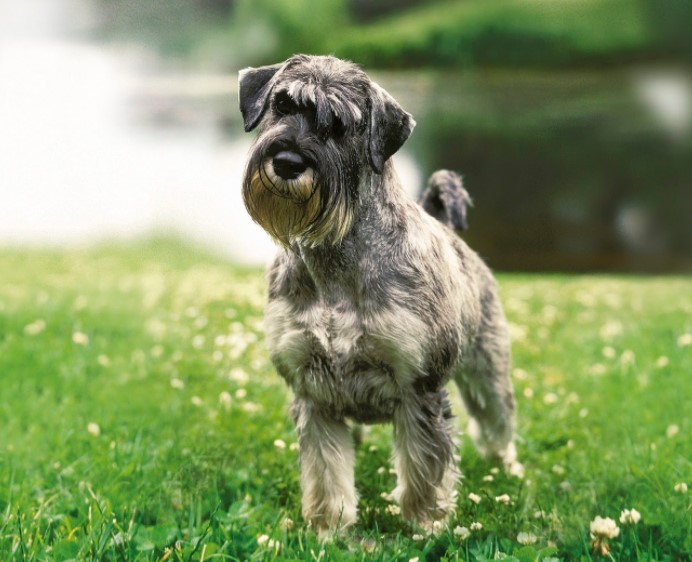 Giant Schnauzers and Standard Schnauzers can live not only in an apartment but also in a comfortably insulated enclosure in the yard. Miniatures can only be accommodated in an apartment. In any case, each pet should have its own personal and comfortable place. It is also important to buy toys for your dog. In addition, in caring for a pet, you should understand that he must have his own personal dishes, a bed, and hygiene items.

Pets with dense coats do not shed themselves, therefore it is important to teach dogs from an early age to the trimming procedure. This will allow the Schnauzer to get a new coat over time. So, the appearance of the pet will be neat and well-groomed. And also – tangles will not form on the wool.

Dogs of this breed should be combed out regularly (at least 3 times a week). Water procedures for dogs are arranged several times a year or as they become dirty. But be sure to wash your pet’s paws after every street walk. Dogs should rinse their eyes and dry them with a towel. The ears also need care. They are cleaned several times a month using cotton swabs dipped in peroxide.

It will not be superfluous for Schnauzers to brush their teeth from plaque formation. For the prevention of tartar, dogs are also given dry food. After each meal, animals need to wipe their muzzle with a towel. By the way, you can teach pets to do this procedure yourself. 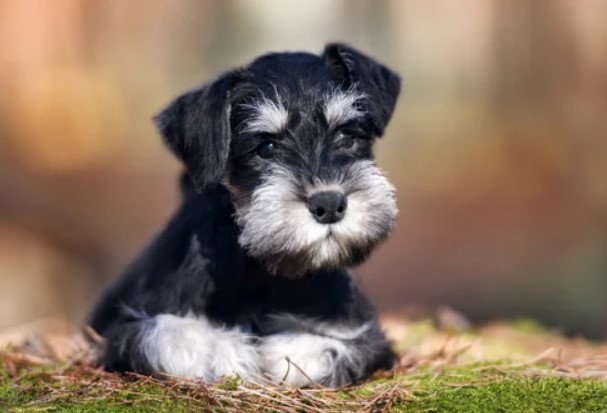 These pets have excellent health, therefore they are considered centenarians, but strong individuals may experience some ailments. The most common diseases of the breed include: 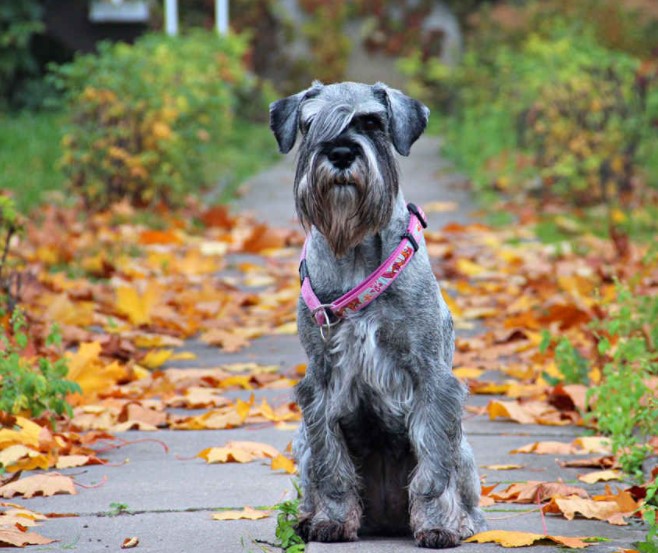 Schnauzers are three varieties of the same breed. Pets are distinguished by size.
The nature of the dogs is similar for all. All three species are trackers and good defenders. They are loyal and friendly to all members of their family. These pets really need an active life. Just sitting at home and waiting for an evening walk is not for them. Large breeds can live in open-air cages on a plot near the house, but miniature breeds (small pets) can only live in apartments.

The dog will become an excellent companion and loyal protector of any family!