A cat waiting for you to leave the room to steal a cutlet; a dog bringing slippers under the door an hour before the arrival of the owner; a parrot falling into melancholy on the death of a friend. When asked whether his pet has consciousness, any owner will answer unequivocally: “Of course, yes, just look him in the eyes,” while to skeptics, the complex behavior of animals may seem only a bizarre embodiment of age-old reflexes.

We do not know for sure what is going on in the heads of our beloved animals, and we can only reason about their thoughts by the signals at the outputs of this system, that is, by their behavior in certain conditions.

Contents hide
1 Parrots: Know About the Future and Think in Categories
2 Dogs: Look Into the Black Box
3 Cats: Walk by Themselves and Have Episodic Memories
4 Fish: Complex Social Interactions
5 Thought is Everywhere

Parrots: Know About the Future and Think in Categories 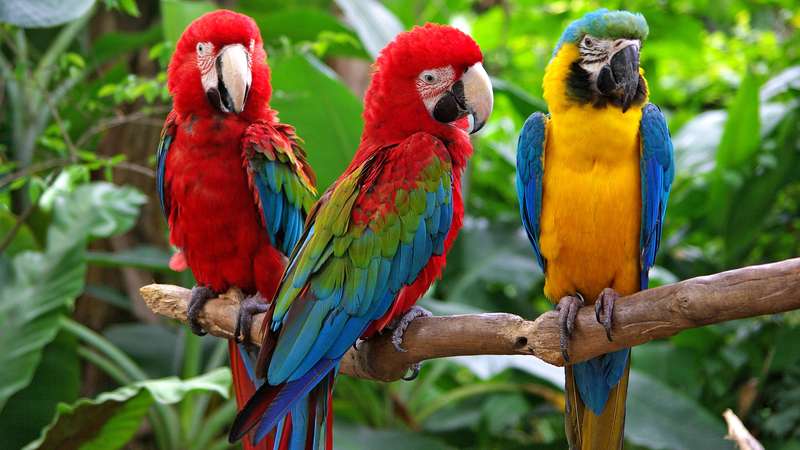 American psychologist Irene Pepperberg had two unusual parrots. The first of them, Griffin, one might say, knew how to avoid momentary pleasures for the sake of long-term prospects. More precisely, he learned to give up oatmeal for the sake of more tempting treats – nuts and candy.

In the experiment, a cup of oatmeal was first placed in front of Griffin, and if after some time (from ten seconds to fifteen minutes) he did not touch this modest treat, then Griffin was rewarded with a delicious meal. Gradually, the parrot understood the rules of this simple game of patience and began to win the award in almost 90% of cases. And to cope with the temptation, he combed, yawned, or even threw the unfortunate cup of oatmeal to hell. In short, he behaved like a child in the famous experiment with marshmallows.

Another parrot Irene was named Alex, and he not only knew how to speak but also distinguished objects by their shape, color, size, and material. At the same time, the parrot did not mindlessly memorize objects along with their characteristics, but, apparently, collected in his head, albeit a small, but quite intelligible system of concepts. So, he correctly named the shapes of geometric figures that he saw for the first time in his life (“four corners” or, say, “three corners”), or in response to the question “What color is the grain?” answered: “Yellow”, even when there were no grains around.

Alex also had logical categories like more-less or similar-same-different. In one experiment, he was shown two keys: one of them – metal – was smaller, and the other – made of green plastic – larger. The parrot was asked how they differ from each other, and Alex quite rightly answered that in color. Then he was asked an additional question about which of the keys is larger, and again received the correct answer – “green”.

However, even the most insensitive person could hardly call Alex such a feathered machine for categorizing objects. In experiments, he was often distracted from boring facts and could, for example, claim a banana as a reward or return to the cage with the words “I want to leave.” On September 5, 2007, when Irene was leaving the laboratory in the evening, Alex said: “You be good. See you tomorrow. I love you ”, and these words were the last in the life of an unusual parrot. The next morning, Alex was found dead – he died from a sudden blockage of blood vessels.

Dogs: Look Into the Black Box 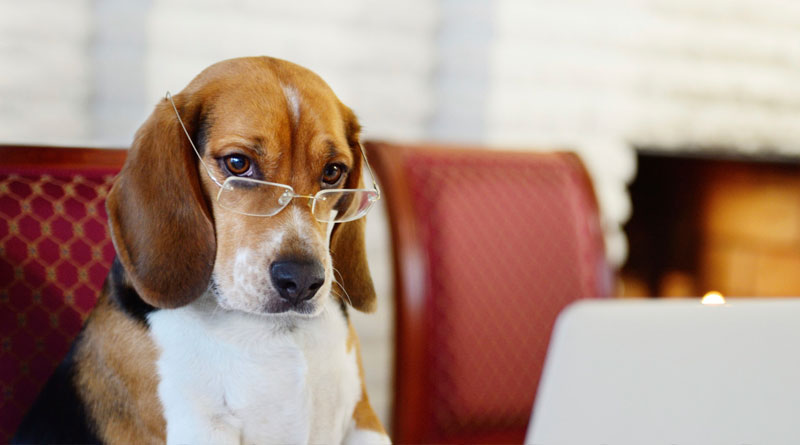 Dogs are capable of a lot of different things and, for example, can distinguish up to 200 toys without any clues, but for cognitive scientists, this is not the most important thing. Much more interesting is that the obedience of dogs and their devotion to man allows us to open the “black box” of animal thinking.

Today, dogs are the only animals that can willingly lie motionless in an MRI scanner if they are convinced that it is really necessary for their owners. With other animals, such tricks will not work: even if we manage to drive a cat or rabbit into an MRI scanner, they are unlikely to lie there calmly and will allow us to remove the activity of their brain.

In one experiment, scientists studied what happens in a dog’s brain when it anticipates pleasure. The animals were placed in an MRI scanner and a learned signal was given to them, which meant that soon the dog was expecting a reward in the form of a favorite treat. After that, the scientists turned on the tomograph and watched what was happening in the canine brain. It turned out that such delicious prospects triggered thought processes in animals, similar to human ones. The anticipation of a reward excited the caudate nucleus in the dog’s brain, just as this zone is “kindled” in businessmen by the anticipation of an imminent profit.

In this aspect, the thinking of dogs turned out to be quite similar to that of humans, so it is not surprising that many dog ​​owners perceive their pets, if not as adults, then at least as shaggy and whining children. Experiments have shown that people who look their dogs in the eyes produce the neuromodulator oxytocin, which is also responsible for the formation of a mother’s feelings of attachment to her baby.

Cats: Walk by Themselves and Have Episodic Memories 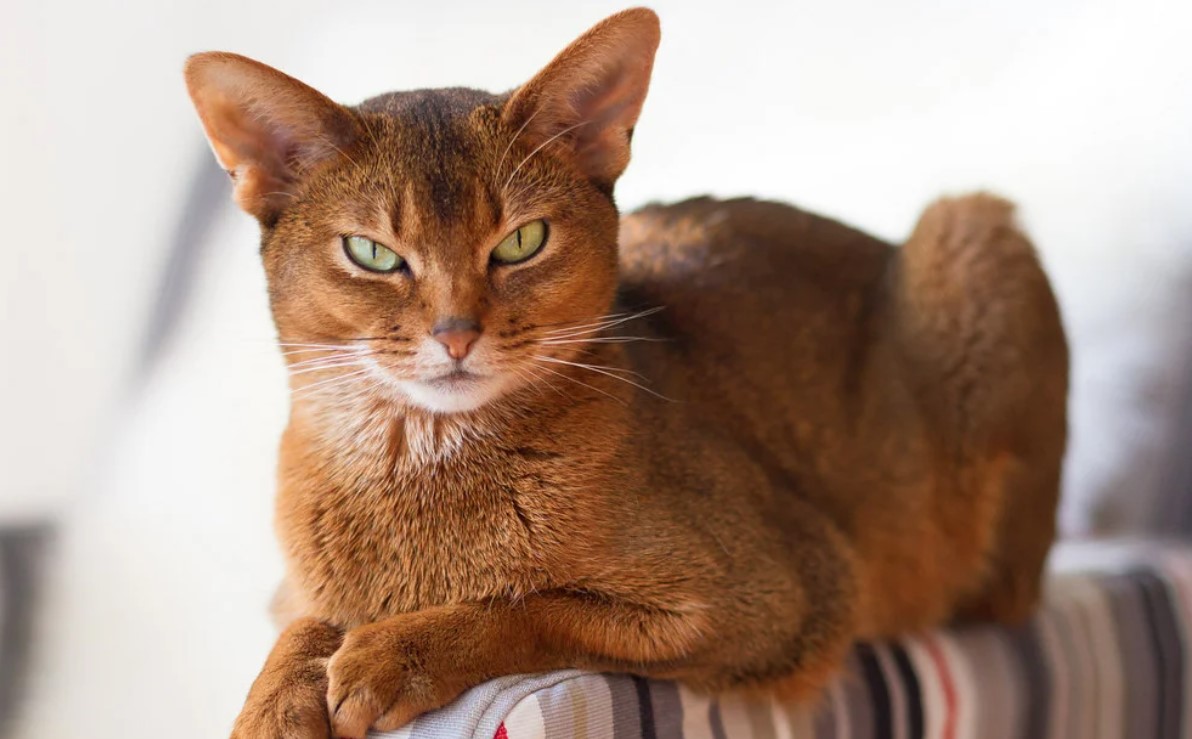 Where there are dogs, there are cats, or rather the eternal comparison of dogs and cats, which is very difficult to correctly carry out in cognitive ethology, which studies the thinking of animals. The fact is that cats are not such companionable creatures as dogs, and the authority of the owner for them is an almost elusive concept. At one time, the main mental resources of felines went not to social intelligence, as in those hunting in large, complex packs of wolves and dogs, but to the development of sensorimotor intelligence, without which it would be absolutely impossible for proud lone tigers or, say, leopards to catch fast prey.

Therefore, scientists very carefully plan their experiments on cats and try to involve them as much as possible in what is happening: they simply will not do anything on love for the owner of the cat. The easiest way to get cats interested is to offer them more food. This is what Japanese scientists did in a recent study.

In the first experiment, they took 49 cats and took turns running them into a room with four bowls full of food. The animals were allowed to taste a treat from two bowls, and then they were driven out to be returned to the room a quarter of an hour later, where now there were four exactly the same, but completely empty bowls. The cats immediately began to look for the missing food, with a particular zeal not exploring the bowls from which they had already eaten, but, on the contrary, the bowls untouched before: apparently, they naively assumed that the food in them definitely could not end and should just look and smell more closely to find the hidden treat.

In the second experiment, the cats were again offered four bowls, but now the layouts were changed: two bowls were filled with food, the third was empty, and the fourth contained a notoriously inedible object – a black hairpin. This time, the cats were allowed to eat from only one bowl, after which they were again kicked out to hell, and then returned to an empty table. In this case, the animals already paid the most attention to the only bowl where the normal, edible, and untested food they had never tried.

So in a neat experiment, scientists showed that cats do not automatically follow the logic of “positive reinforcement – instinct” (there was delicious food, which means that it may appear again), but on the contrary, they know how to compose completely whole (albeit naive for observers) event models. 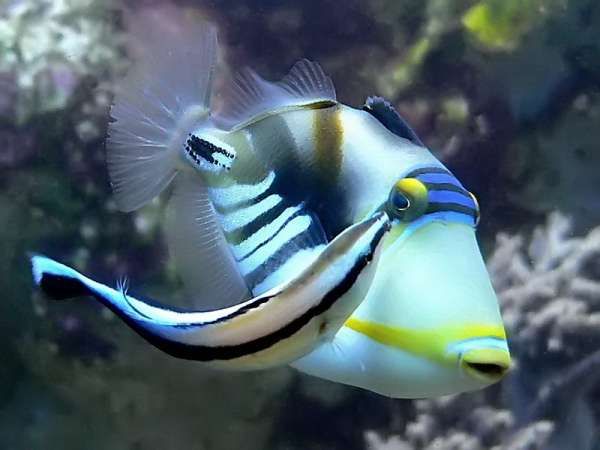 The temptations of parrots, the logic of a cat, and such human anticipation of pleasure in dogs – it may seem that if pets can think, then only the most “advanced” of them got such skill, and thoughts and feelings mysteriously arise only together with “spine”. But in reality, of course, this is not the case. The same fish still have something to surprise the skeptics with.

Take cleaner wrasses, for example. In nature, these small fish live on coral reefs and constantly serve other fish, removing parasites from their scales, gills and directly from their mouths. Swiss ethologist Reduan Bshari, in aquarium experiments supported by observations, studied how this underwater cleaning business is organized.

The fish swims to the working point of the wrasse and takes some special posture. Someone spreads their fins wider and opens their mouths, someone freezes upside down in a column, but most importantly, the wrasse understands from this position that his client is ready for processing and defines the newcomer in an impromptu queue, where unreliable nomadic fish are always taken forward, and only then, as far as possible, they move on to permanent sedentary fish, which can lazily sway with algae while waiting for reception, eat a little plankton, or do some other non-burdensome things like “read the magazines here for now”.

With each fish, the cleaners build their own relationship strategy. With someone, they constantly and openly cheat, biting off particles of the skin of defenseless fish during a sanitary procedure, and for someone, on the contrary, a personal service plan: for example, wrasses do not accept sharks in their underwater office (sharks, by their nature, cannot stand on the spot), and serve right on the go, ingratiatingly circling around these formidable predators. 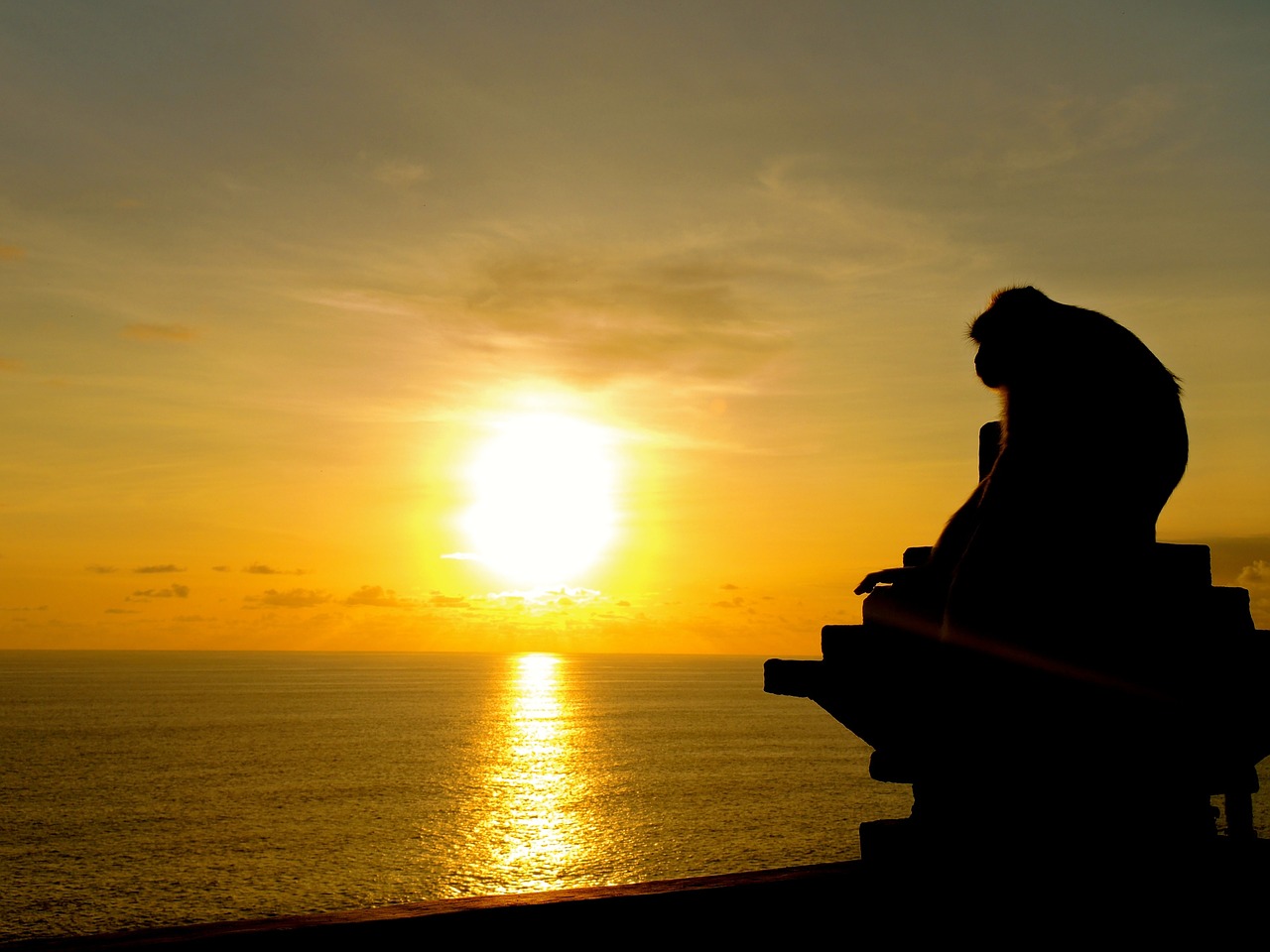 Ethologist Adriaan Cortland once observed how a wild chimpanzee interrupted an evening meal for 15 minutes to admire the colors of the sunset, and then, as if nothing had happened, returned to eating. In the text, we showed examples of conscious behavior only in domestic animals, not only because they are more understandable and closer to people, but also because otherwise, they would have drowned in the ocean of all sorts of examples.

Monkeys alone are capable of millions of different things – constructing tools, planning their actions, learning from other people’s actions, and even empathizing with pain. In the London Zoo, they were even once taught to hold real tea parties, during which the animals sat so decorously at the table that, under pressure from the wounded public, they had to be retrained to spill tea, break dishes and engage in other pranks incompatible with the real Victorian spirit.

Well, if you even now think that animals are simple soulless meat machines controlled by instincts, then here is the last story, far from both pets and smart monkeys. Once, somewhere off the coast of California, divers helped a whale to get out of the nets of fishermen, and instead of retreating into the ocean in fear, he began to swim in a large circle around his rescuers and, carefully approaching each person, as if to thank him with light pokes with his nose … The whole consciousness of this huge animal seemed to be jubilant with one bright motive – “saved, I live.”

Many of the examples described in the article are taken from Frans de Waal’s book “Are We Smart Enough to Judge the Intelligence of Animals?”.