Keeshond is a variety of German Wolfspitz, born thanks to the efforts of Dutch breeders. All representatives of the breed have a double long wolf coat and are distinguished by a lively temperament.

Keeshond is a dog for those who need an easy-going companion, as well as a playful companion for play and close emotional interaction. This fluffy, Keeshond is in constant spiritual dependence on the owner and his family members. Well, more specifically, the Wolfspitz relative will always prefer the company of a person to a canine society. 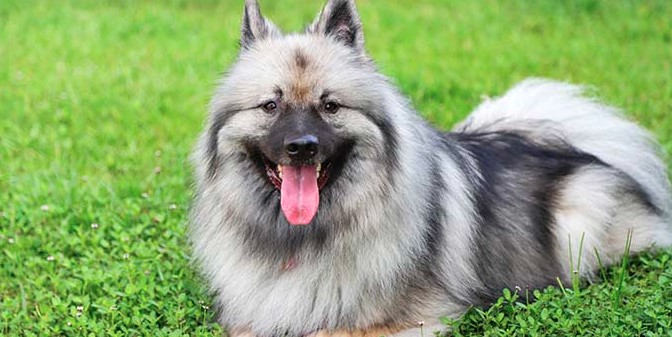 Keeshond is extremely peaceful and gets along easily with anyone. He does not bully pets (unless you yourself push the pet to such actions) and is ready to be friends with everyone who showed attention to him. The only thing that can disappoint and offend a dog is the psychological atmosphere reigning around it. Remember, Keeshond is uncomfortable where constantly shouts and talks in a raised voice, as well as where doesn’t pay attention to him, giving him the opportunity to entertain himself on his own.

Keeshonds, like cats, are tied to housing and practically do not sin with escapes. But these fluffy “mini-wolves” are sincerely glad to play, especially if the place of entertainment is transferred outside the home walls. In general, the correct Keeshond is such a shaggy extrovert who cares about everyone and everything and whose mission is to have an exceptionally positive attitude around. As an example: abroad, Keeshond, along with Golden Retrievers and Labradors, are attracted to Canis therapy, and this says a lot since only the most emotionally stable representatives of the canine genus are selected for such procedures.

The breed gets along well with children. Of course, it would be naive to expect that the pet will calm the bursting newborn baby, but the fact that the dog will find something to do and captivate the kindergartner is a fact. However, it is not recommended to abuse the good nature of the four-legged friend. If the animal has lain down to rest, it is unreasonable and cruel to “jerk” it because someone wanted to have some fun. Don’t forget the Keeshonds are excellent animators, but not servile jesters.

The ancestors of the Keeshond were ordinary yard dogs that lived in kennels, or even generally under the walls of sheds. The only nuance that will have to be taken into account is the poor tolerance of animals to high temperatures. Having lived for too long in the damp climate of Holland and Foggy Albion, the Keeshond have managed to adapt to it and now prefer a pleasant coolness to the heat.

The main problem of Keeshond is wool, which requires delicate and painstaking care. It must be brushed daily or at least every other day. For washing, you need to choose the right shampoo that will not cause an allergic reaction in your pet. But you should not get carried away with frequent bathing – they can lead to skin irritation and loss of the protective layer of wool. By the way, representatives of this breed are very fond of water and, whenever possible, will gladly swim in a river or in a pond. 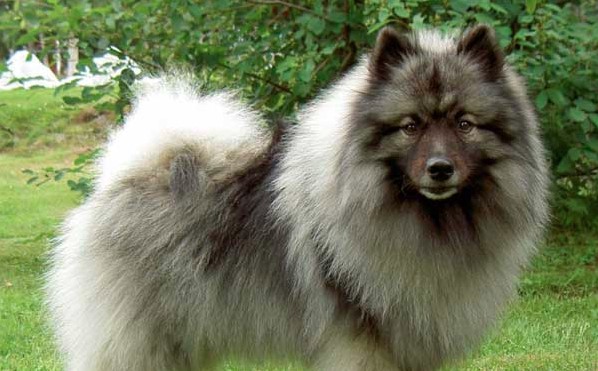 You also need to carefully consider the nutrition of the animal: the diet must be selected carefully, not forgetting that these dogs have a weak digestive system, and also have a tendency to obesity.

Thanks to the thick and thick wool, Keeshonds do not freeze, and therefore, even in the cold season, they can be outside for a long time (for example, live in a personal plot). Still, it is better to keep a pet in the house or in an apartment, since communication with the owner is in the first place for these dogs.